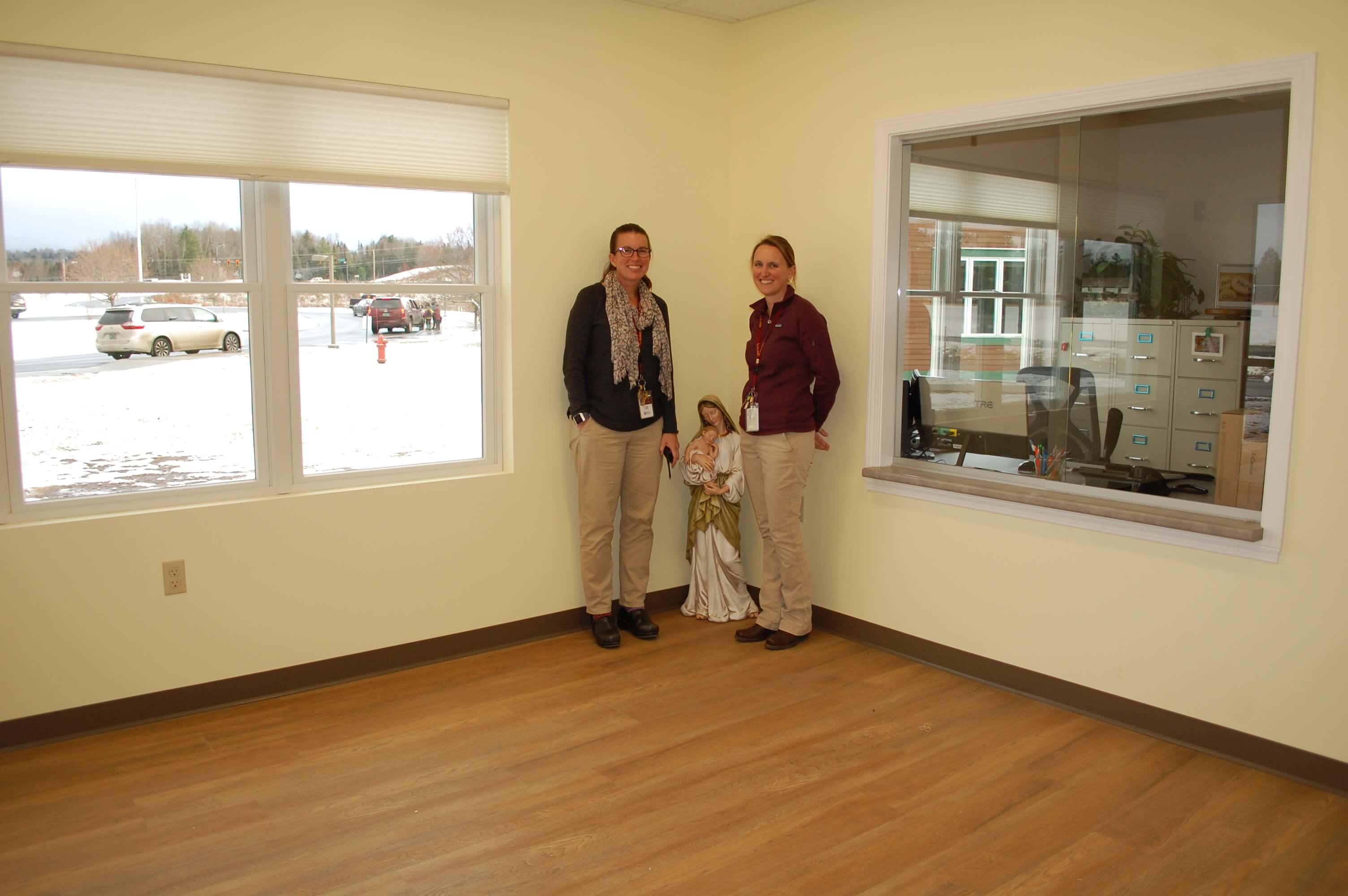 Photo Credit: Vermont Catholic/Cori Fugere Urban - The Bishop John A. Marshall School Head of School Carrie Wilson (right) and Jen Nordenson, vice principal and director of enrollment and marketing, stand in the lobby of the new Early Childhood and After School Program Wing.

The Bishop John A. Marshall School has a new wing that includes two pre-kindergarten classrooms, a multi-purpose room and a culinary lab.

The 5,600-square-foot Early Childhood and After School Program Wing was made possible through the generosity of local businessman Howard Manosh.

The bright, spacious addition allows the Catholic school to respond to the needs of the community and expand its pre-kindergarten program.

“Pre-school inquiries for next year have skyrocketed,” said Jen Nordenson, vice principal and director of enrollment and marketing, noting that she has received inquiries for as far out as 2023. “That buzz is out there.”

The new addition to the pre-K-to-grade-eight school also will allow for a larger after-school program.

“Mr. Manosh wants Lamoille County to be safe and thriving,” said Head of School Carrie Wilson. “He has seen the fruits of the labor of this school and wants to see more. … He gave to us, but he also [through the new wing] gave to Lamoille County because we’re helping Lamoille County.”

Nordenson expressed amazement and gratitude for the new wing. “It was divine intervention every step of the way,” she said.

Ground was broken for the new wing in June.

“Generosity can be contagious,” Wilson said. “We hope this will inspire people to do something to make their communities better.”

Nov. 11 will be the first day of classes and the after-school program in the new wing. A public dedication and blessing will take place on Nov. 13 at 9 a.m.

For more information about The Bishop John A. Marshall School, go to bjams.org.