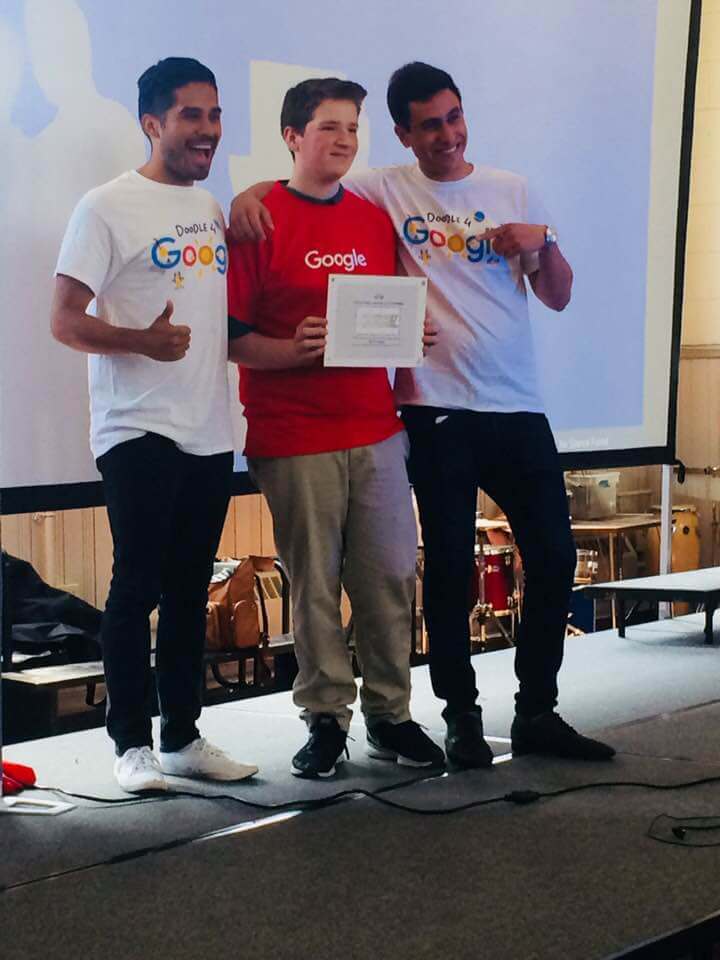 This Catholic school student can doodle.

Devin Hogan, a seventh-grader at The School of Sacred Heart St. Francis de Sales in Bennington, has been named Vermont’s best doodler, and he is in the running to have his doodle featured on Google’s homepage.

His art teacher, Crystal Harris, suggested he enter the Doodle 4 Google competition; his doodle, “Diagrammatic Doodle” was inspired by architecture.

He is one of 53 finalists, one from each state plus Washington, D.C., Puerto Rico and Guam.

Representatives of Google visited the school recently to announce Devin as the Vermont winner.

The national winner will receive a tour of the Google offices, a $30,000 college scholarship and a $50,000 technology grant for his or her school. The winner’s doodle will be featured on Google’s homepage.

Voting runs until May 18.

To vote for Devin, go to doodle4google.com.