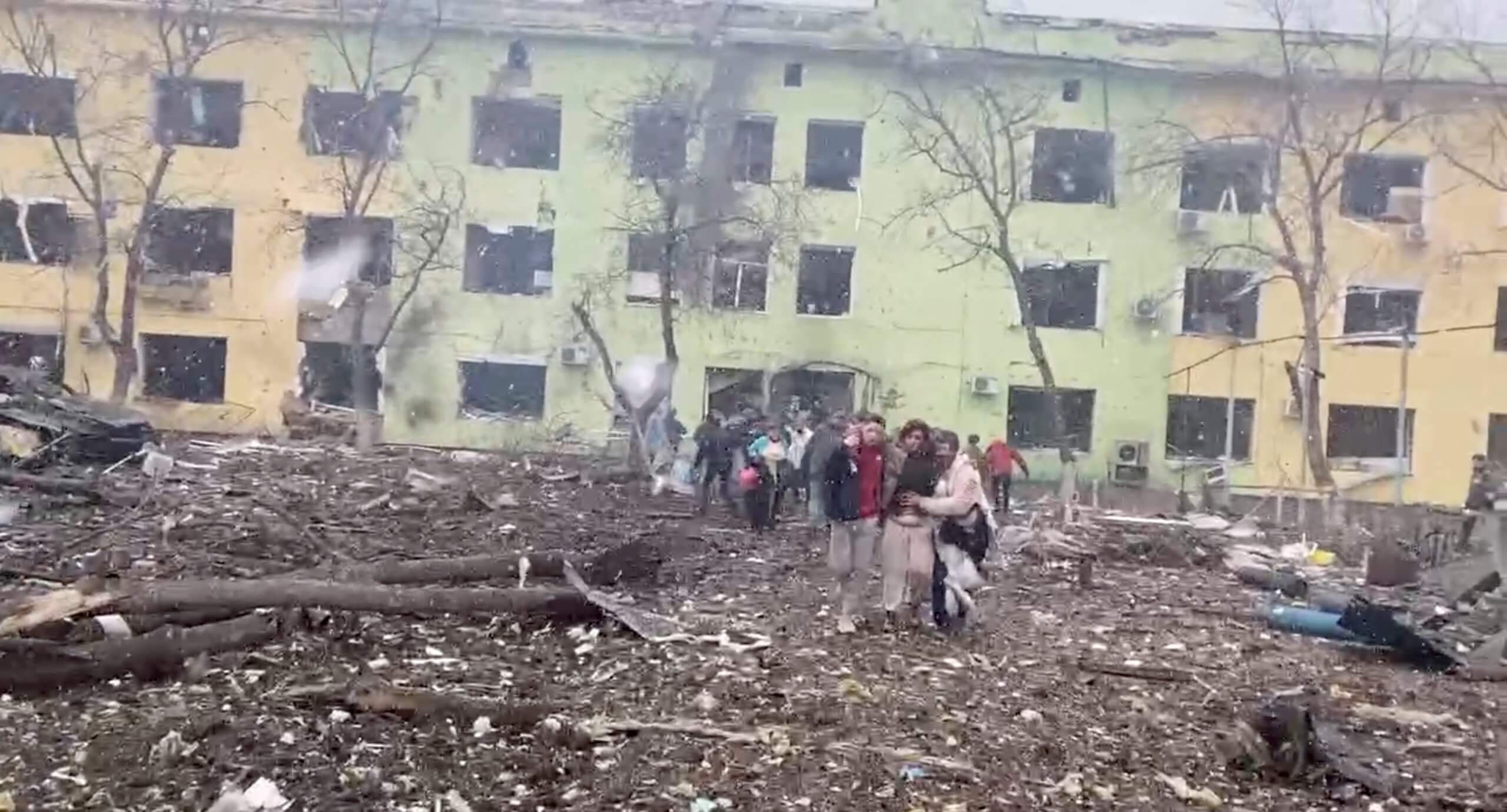 Beyond any doubt, Russia’s invasion of Ukraine constitutes a deliberate war of aggression.  Hence, we cannot consider it to be a “just war;” it is simply evil.

Russia is waging a war of aggression against a sovereign nation that has not given it provocation. Russia’s actions are clearly unconscionable and fall far outside of any interpretation of the “just war” model, initially proposed by St. Augustine (circa 400 A.D.).

Ukraine became independent after the Soviet Union unraveled in 1991. Since that time, Ukraine has functioned (variably well) as an independent nation. It was admitted to the United Nations. It sent diplomats to other countries and received ambassadors separate from Russia.  It has been an independent nation, recognized by other nations.

Its borders had been recognized until 2014 when Russia unilaterally annexed the Crimea, a part of Ukraine during those years of independence. It accomplished that annexation via invasion.

With the election of Volodymyr Zelenskyy, an independent-minded political novice, Russia felt threatened. Would Ukraine join the European Union?  Would it seek admission to NATO?

Nations have a duty to avoid war. When an aggressor unjustly launches an attack on another nation, the issue of self-defense is essential. In order to retaliate morally the nation that has been transgressed must ask four questions (1):

The damage inflicted by Russia is self-evident. It is lasting, grave and certain. Efforts by both Ukraine and other countries to stop Russia’s aggressive actions have been ineffective. Ukraine’s armed resistance, coupled with the international sanctions against Russia do have serious prospect of success. As this essay is being written, we are in day 15 of the conflict.  Russia’s invasion has been slowed and sometimes stalled by Ukraine’s resistance.

Russia’s actions have been soundly condemned by the UN General Assembly by a decisive vote margin as well as by the Holy See and many other religious leaders. As of this writing more than 5,000 individual sanctions have been invoked against Russia and Russian goods.

A highly relevant question for the U.S. and to the NATO alliance: Could we be justified in undertaking military action against Russia in defense of Ukraine?  Since President Putin has threatened using nuclear weapons if other nations take military action against Russia, the calculation is far more complex. Is President Putin bluffing?  Is that another bit of disinformation to keep us off-guard?  We do not know, nor can we know with a high degree of certainty.

Given that uncertainty, coupled with the lethality and the destructive capacity of nuclear weapons and the evil and suffering that would follow, it becomes far more difficult to assess the probability of success for NATO engagement. In addition, the destruction brought by nuclear warfare would be disproportionate with the benefits of direct military engagement of NATO.

As has been illustrated by far too many wars, it is much easier to stumble into war and escalation than it is to end a war. It seems the best course of action is for U.S. and NATO countries to stay the course of supporting Ukraine’s efforts without provoking escalation; to hold firm on economic sanctions and diplomatic efforts to obtain a cease fire and restoration of Ukraine’s borders. In addition, we can provide short-term humanitarian relief to Ukraine.

Finally, and above all else, we need to remain prayerful, asking for God’s intervention to restore peace and to protect the people and their homeland. Recall that at Fatima, the Blessed Mother called upon us to pray for the conversion of Russia. It is time to renew and revitalize that effort while the politicians are the diplomatic route.

We simply cannot and must not abandon the Ukrainian people to another era of Russian domination.

(1) Criteria for the just war doctrine, Catechism of the Catholic Church #2309.

—Deacon Pete Gummere is a bioethicist. He serves as Diaconate director for the Diocese of Burlington.  He serves as a deacon at Corpus Christi Parish based in St. Johnsbury.