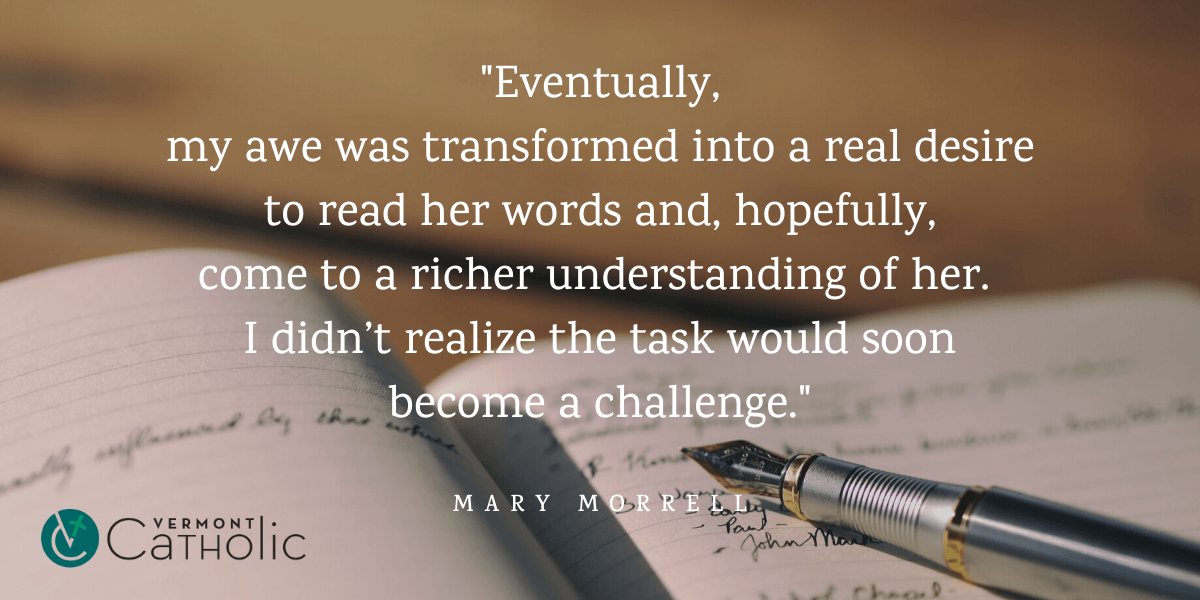 After the words, transformation bears fruit in change

Sometimes opportunities come into your life that are not only unexpected but transformative. Sometimes it’s a new job, a powerful retreat, service to others or time spent with the sick or dying.

This year I was blessed to be a part, in a very small way, of the canonization process for Servant of God Dorothy Day.  As part of a global team, it was my role to transcribe some pages from her personal diaries.

Dorothy was a woman, a journalist and a Catholic I have long admired. I’ve quoted her throughout my life, particularly in matters of social justice and non-violence. She founded the Catholic Worker movement with Peter Maurin in New York City in 1933, opening houses of hospitality to serve those living in poverty.

When the first 10 pages of her 1961 diary arrived in an emailed document, I sat and stared at the handwritten pages, noticed the cross-outs and little bits of thoughts written in the margin.

It took a few days of simply scrolling through the pages before I could fully grasp that I actually had in my digital possession the journal entries of a woman who would, undoubtedly, be named a saint. Somehow it didn’t seem reasonable that I, with so many shortcomings, should be allowed to undertake the task.

Eventually, my awe was transformed into a real desire to read her words and, hopefully, come to a richer understanding of her. I didn’t realize the task would soon become a challenge. After several days of working on just one page — and getting nowhere fast — I found myself muttering, “You know, Dorothy, this would be so much easier if you just had better handwriting!”

I think Dorothy would be understanding of my slip into familiarity. It was her very humanity, so obvious to me now in her recounting of each day’s journey, the trials and joys of dealing with so many people in varying states of distress, which allowed me the freedom to feel as if we were on comfortable terms.

As I read more of her writings and more about her, particularly the writings of Robert Ellsberg, a former editor for the Catholic Worker, I came across his description of her on a path where “she created a new model of discipleship, a new model of holiness, a new way of being a saint that combines what [Charles] Peguy called the mystical and the political. Dorothy did more than anyone to win credibility for this path. In so doing, she represented an aspect of the saintliness demanded by the present moment.”

Ellsberg also shared Dorothy Day’s own thoughts on society’s need for a new kind of saint: “Whatever I had read as a child about the saints had thrilled me. I could see the nobility of giving one’s life for the sick, the maimed, the leper. Priests and Sisters the world over could be working for the littlest ones of Christ, and my heart stirred at their work. But there was another question in my mind. Why was so much done in remedying the evil instead of avoiding it in the first place? … Where were the saints to try to change the social order, not just to minister to the slaves, but to do away with slavery?”

That remains an essential question at this moment in time, her words holding the power of transformation borne out in the fruits of change.