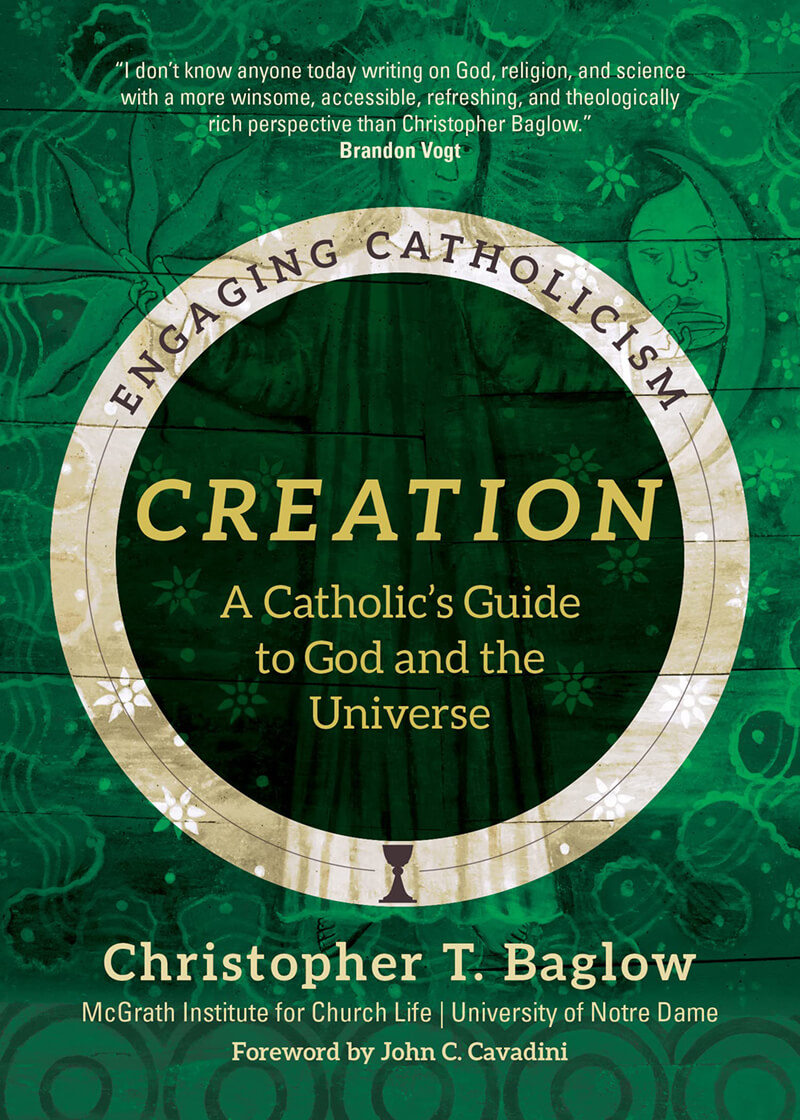 Book review: ‘Creation: A Catholic’s Guide to God and the Universe’

“Creation: A Catholic’s Guide to God and the Universe,” is not a light read, but it is an interesting one. As the subtitle indicates, author Christopher Baglow tackles the big issues that the greatest theological minds throughout Christian history have also dealt with, and he does it in a way that makes it accessible to the average layperson.

The central question that he focuses on is the often rocky relationship between science and faith; he reaches the conclusion that, rather than being mutually exclusive, they actually work together. As Pope John Paul II wrote, “Science can purify religion from error and superstition; religion can purify science from idolatry and false absolutes. Each can draw the other into a wider world, a world in which both can flourish.”

The first concept Baglow addresses is the doctrine of creation itself and the question of reconciling the Genesis account of the origins of the universe with the findings of science. Though he sets out a point-by-point explanation, the answer basically boils down to this.  “God’s act of creation is not a historical event that happens within time,” Baglow states, “but it is instead a metaphysical reality describing the universe’s dependence on God’s eternal act of creating, which transcends time.” It is our own limitations which produces confusion. “Sacred scripture uses temporal language to communicate this truth,” he continues, “not because God’s creative act is a temporal one, but because of the poverty of human language to describe it.”

The second chapter discusses a question that has been around as long as the human race:  the problem of evil. This is not an easy question and no easy answers are forthcoming. One idea that Baglow discusses deals with the nature of evil itself. Evil, he maintains, is in fact, not the presence of something, but the lack of it. Rather than being a thing in and of itself, it is a hole, an absence of good, one often caused by human beings themselves. The one being, however, who is never absent is God: “The answer of faith is the virtue of hope, the steadfast conviction that God does will a world without evil and is actively working to bring the universe and history to its perfect completion,” he says. “God would not allow any evil unless he could and would bring some good from it.”

Having dealt with two powerhouse questions, Baglow then moves on to topics such as evolution and the origins of the human race, including the concept of original sin. What he says in this chapter — “God’s plan for humanity …was postponed — but not terminated — by original sin” — lays the groundwork for the last, and in my opinion, most hopeful chapter: the final Adam, Jesus Christ.

Baglow points out something interesting in the first creation story; whereas all creation up to the sixth day is described as being “very good” and complete (“evening came and morning followed”) the sixth day is different. He notes that the wording, which had been largely formulaic to that point, shifts. Certain phrases are left out and other are changed. “The most unsettling omission is that God never directly declares the goodness of humanity,” he says. It is as if the creation of Adam and Eve were waiting for the final act in order to be both complete and completely good. And so it was, for the culmination of human beings as God intended and created them to be actually happened on the cross. “In all three synoptic gospels,” he concludes, “darkness sweeps over the land due to an eclipse of the sun. And so, as Christ hangs on the Cross, ‘evening came, and morning followed’ – the seventh day has finally ended, and the new day of Resurrection is dawning.”

Part of the Engaging Catholicism series, this thoughtful book is well worth the time it takes to absorb it thoroughly.

Christopher T. Baglow is the director of the Science and Religion Initiative in the McGrath Institute for Church Life at the University of Notre Dame, where he also serves as a professor in the theology department. He is a consultant for the USCCB Committee on Catechesis and Evangelization and his 30-year career in Catholic education has spanned high school, undergraduate, graduate and seminary teaching. He lives with his family in the South Bend, Indiana, area.