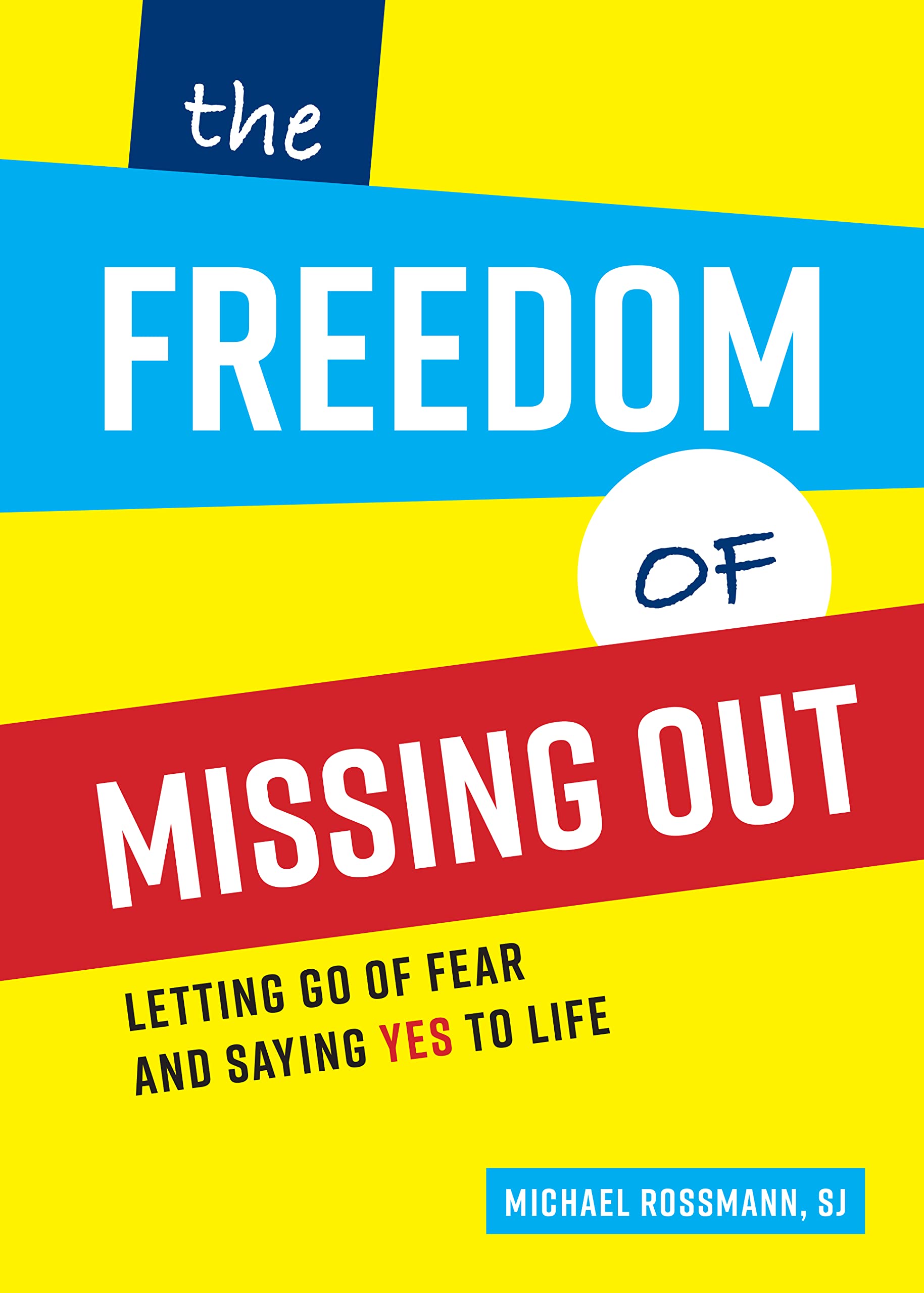 Book review: “The Freedom of Missing Out: Letting Go of Fear and Saying Yes to Life”

In his new book, “The Freedom of Missing Out: Letting Go of Fear and Saying Yes to Life,” Jesuit Father Michael Rossman challenges the validity of a currently popular notion: that in order to be truly free and happy, one needs to “keep one’s options open.” This idea, he maintains, is actually contrary to true freedom and joy, which involves not refusing commitments but instead “going all in” by investing ourselves completely in something or someone that truly matters to us.

In our culture, he maintains, we often encounter something called FOMO — the “Fear of Missing Out.” We become concerned that unless we remain open to everything and anything, we may miss out when “something better comes along.” So we wander through life, trying to do it all, all the time; the problem with that is, we may end up not doing anything that is really worth mentioning.

The antidote to this, Father Rossman maintains, is not less commitment but more. “Without commitment,” he says, “we forgo stability and depth. We have no anchor. If we move all the time, we have no sense of home. If we run away when a relationship gets tough, we never reach the point of being understood without having to say a word. If we are busy looking around at all the other possible paths, then we cannot enjoy the person or situation right in front of us.”

He then outlines how to achieve true freedom through daring to make commitments. His advice is broken down into three parts; in the first part he talks about “the power of pruning” or learning how to say “no” to some options so that you can say a deeper “yes” to others.

In the second part, Father Rossman acknowledges that sometimes it isn’t just us who say “no” but life itself, and it’s important to learn how to deal with that as well. “You don’t get the job,” he continues. “A relationship fizzles. An accident occurs. A global pandemic forces you to rearrange your plans – and it doesn’t even have the decency to ask how you feel about it all!”  So when that happens, he gives the reader four things to think about. He advises us to “turn it into compost. Often, life circumstances force us to create paths that we would never have otherwise imagined for ourselves. The same can be said for the creative power of constraints.  “Total freedom is false freedom,” he maintains. “An unconstrained life does not work. We need boundaries.” We also need to be aware of unrealistic expectations; it has been said that “the perfect is the enemy of the good.” Unless we risk our own imperfections, we will never arrive at our potential.

And sometimes, as Father Rossman says, we just have to “Shut up and Be a Saint.” For this he points to a prayer that most readers will be familiar with: the Serenity Prayer. “The Serenity Prayer works for nearly anyone – even for those who do not normally pray. … Who couldn’t use a bit more serenity, courage and wisdom? It never gets old.”

In the final section of the book, Father Rossman addresses the question of how we should say a resounding “yes!” to commitments that are important. What we seem to do best with – and appreciate the most – are meaningful challenges that truly demand something of us. “While it’s not always pleasant,” he says, “we long to make sacrifices for the things that matter. It’s not that we’re gluttons for punishment. Rather, we want to be part of something larger than ourselves.”

And commitments, he concludes, are not static. “Circumstances change. We change. Any commitment requires constant recommitment.” Ultimately what we do – or neglect to do – is our choice.  If we have avoided commitment thus far, we still have the opportunity to change.

Jesuit Father Michael Rossmann is a doctoral student at the Gregorian University in Rome. He entered the Jesuits following his 2007 graduation from the University of Notre Dame where he double majored in economics and theology. He previously served as the editor-in-chief of “The Jesuit Post” and in 2017, he Rossmann began the “One-Minute Homily.” He continues to produce short-but-substantive videos for social media. He is a native of Iowa City, Iowa.

Share This Post
Kay Winchester, book reviews, “The Freedom of Missing Out: Letting Go of Fear and Saying Yes to Life”, Father Michael Rossmann
See More
Last Article
The ups and downs of a nonagenarian: A parish takes loving care of its ‘grande dame’
Next Article
Prop 5/Article 22 – Not just about abortion
Back to Vermont Catholic Magazine