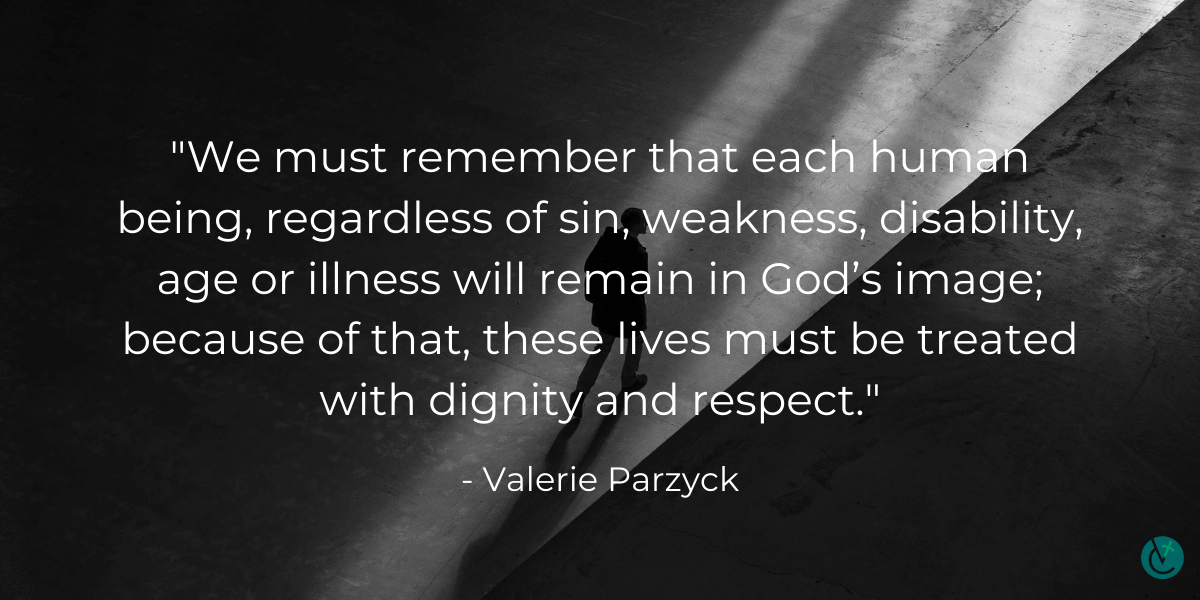 Called to be consistently pro-life

The Catechism of the Catholic Church teaches us that “human life is sacred because from its beginning it involves the creative action of God and it remains forever in a special relationship with the Creator, who is its sole end. God alone is the Lord of life from its beginning until its end; no one can under any circumstance claim for himself the right directly to destroy an innocent human being” (CCC 2258). Every human being has a purpose and is loved by God from the moment of conception. Regardless of circumstances, every person has a fundamental and immeasurable worth and dignity. We as Catholics are called to uphold this dignity of each person because each person is individually created in the image and likeness of God.

When we think of the pro-life movement, we tend to focus on the issues surrounding abortion and euthanasia. But as St. John Paul II stated in his encyclical “Evangelium Vitae,” “Where life is involved, the service of charity must be profoundly consistent. It cannot tolerate bias and discrimination, for human life is sacred and inviolable at every stage and in every situation; it is an indivisible good” (no. 87).

Pope Francis has referred to our current culture as a “throwaway culture;” everything has a price and can be used and then discarded when no longer useful to us. Unfortunately, this seems to not only apply to the “things” that we use but also to human beings.

The Gospel of Mark (2:15) recalls Jesus eating at the house of Matthew, the tax collector, along with other social outcasts of the time. The Pharisees are appalled by this. “Why does your teacher eat with tax collectors and sinners?” they ask the apostles. They viewed Jesus’ companions as pariahs and unworthy of being in the presence of someone of their righteous status. We are just as guilty of this today, aren’t we? Our measuring stick for a person’s value is often based on job title, physical appearance, age or contributions to society. It is easy for us to forget that we are all made in the image of God, and we are meant to be in union with God. To be fully in union with God, we must love others as He loves every one of us. We must remember that each human being, regardless of sin, weakness, disability, age or illness will remain in God’s image; because of that, these lives must be treated with dignity and respect from conception until natural death.

We need to be consistent regarding fundamental values at every age and stage of life. From the child in the womb to the homeless, to the mentally ill, to the prisoner to the terminally ill — all have value and dignity. It is our duty as Christians to see Christ in them all. We are living in an increasingly irreligious society that continues to make it difficult to separate politics or personal bias when deciding whether we are welcoming or loving to someone.

For us to consistently respect life, we must examine ourselves and call to mind where we are failing to show that respect. It is easy for us to advocate passing laws to end abortion or to end physician-assisted suicide. But it is not as easy to personally encounter those who Jesus would welcome at His table, but we likely would not.  Jesus calls us to view these people through a different lens. This is made very clear in Matthew 25:45, “What you did not do for one of these least ones, you did not do for me.” Many times, fear is holding us back from encountering certain people. When we allow fear to make decisions for us, we reduce the inherent dignity of a human person making it easier for society to discard them.

Pope Francis has called on all of us to counter this “throwaway culture” with a culture of “encounter” to avoid not only indifference for these people but to steer us away from political idolatry. Once we disengage ourselves from secular principles, we can see the true dignity of all human beings and get back to the doctrine that each one of us is made in God’s image.

The cost of food in the United States has been going up as of late, but that's not the biggest [...]