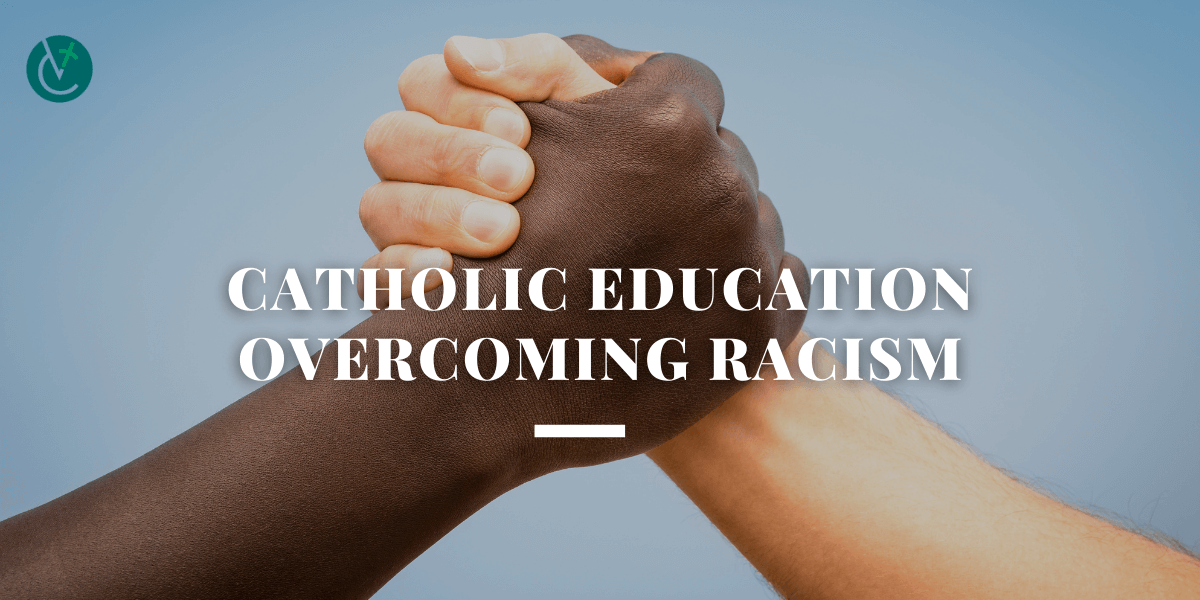 Violence against African Americans by law enforcement officers and civilian vigilantes has moved the issue of racism to the forefront. Both peaceful protests and violence erupted in response.

We cannot deny how racism moved the nation’s founders to count a slave as three-fifths of a person in the census. We cannot escape the inherent evil of the “peculiar institution” (a euphemism used by some whites in the ante-bellum South) of slavery, nor of the Jim Crow era, nor persistent discrimination nationally.

One obvious question: “How can we, individually and collectively, foster racial justice?

I turn to a great Catholic institution — Catholic education. In the late 1800’s and early 1900’s, Catholic schools were developed primarily to give immigrant children the education they needed to succeed in American society and to provide a solid foundation in the faith.

St. Frances Xavier Cabrini was a pioneer in Catholic education in the United States. She focused primarily on the Italian immigrant population but expanded her reach well beyond. Other leaders include Sts. Elizabeth Ann Seton and Katharine Drexel.

Students exclusively come from low-income families within a metropolitan area. Most are African American or Latino. They are offered a way out of poverty.

This curriculum differs radically from the classics-oriented Jesuit college-prep program of 50 years ago; the curriculum has a career focus.

There is strong spiritual grounding of the students. Many are not Catholic but benefit from that spiritual formation

At Cristo Rey in Baltimore, that spiritual formation is led by Jesuit Father Rick Malloy who notes that many students attend the daily Mass he celebrates, including many non-Catholics.

The principal at Cristo Rey Baltimore, Walter Reap, served as a principal in the public schools until he joined Christo Rey four years ago and is quite enthusiastic for Cristo Rey. Regarding metrics for success, he focuses on student growth in the intellectual, human relations, behavioral, spiritual dimensions and basic career skills.

All students conceive a capstone project in which they identify a social justice issue and analyze its causes and effects. They then propose a solution to the problem and analyze the proposed solution in terms of feasibility and impact on society.

Not only Jesuits but other religious orders and Dioceses support and follow the Cristo Rey model. Further evidence of success can be demonstrated by the number of students participating, now about 12,000.

Christo Rey follows in the footsteps of some outstanding Catholic institutions and their founders. It is certainly consistent with the Jesuit order’s centuries-long commitment to educate Catholic leaders, as well as its missionary zeal.

These schools profoundly change the lives of the young people they serve and bring hope to their families. The students encounter numerous people in their communities and in their workplaces. Cristo Rey will break down some of the racism plaguing the country.

More broadly, how can we help to overcome racism?  One more level of education is needed.

As Catholics, we have a duty to share the faith.  America needs to hear the Gospel. We must proclaim the Gospel, especially the Second Great Commandment, “Love your neighbor as yourself.” The evil of racism cannot exist if true, Christ-like love is present. To do that effectively, we must first have and share that kind of love ourselves.

—Deacon Pete Gummere is a bioethicist and serves at Corpus Christi Parish in St Johnsbury.