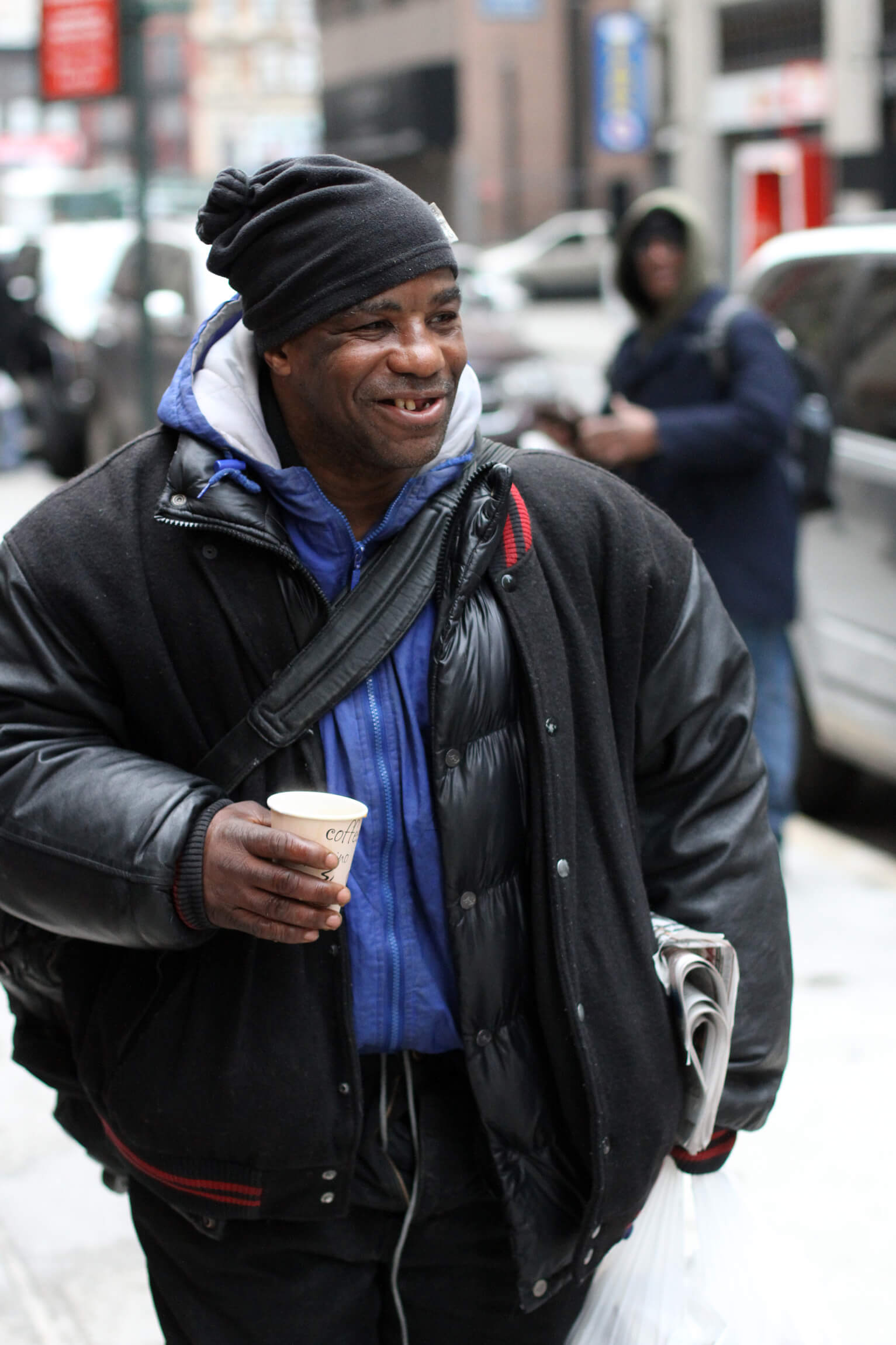 Photo Credit: CNS/Gregory A. Shemitz - A man smiles after getting a cup of coffee at the St. Francis Breadline outside St. Francis of Assisi Church in New York.

Communion and coffee: How one parish welcomed the stranger

James Joyce once defined the Catholic Church as “Here comes everybody!”

If that holds true for the Universal Church — and I believe it does — then it also accurately describes the smaller portion of the Church that each of us knows well, namely our local parish. But “everybody” can be kind of a tricky thing to deal with. If we sincerely mean that all the people who come through our church doors belong there, then we are inevitably going to find ourselves rubbing shoulders with more than a few “characters.” While they initially can make us uncomfortable, I maintain that it is precisely these “characters” who make our communities come alive in ways that, had we hand-picked the folks in the pews, would never have happened. Thankfully, that choosing is in God’s hands, not ours.

Case in point; I’d like to introduce you to Richie, who showed up at our church door one summer

Sunday about five years ago. Now, Richie had “character” written all over him; his personal appearance shouted “homeless,” although his vehicle suggested otherwise. He was obviously familiar with the workings of the Mass because he was standing, sitting, kneeling, singing and responding right on cue; it was reasonable to assume that he did not wander in by accident. No one knew where he came from or if he was going to stay around, but we nevertheless did what we always do in the summer when our out-of-town visitors join us for Mass: We invited him to the coffee hour afterward.

Richie was thrilled. So thrilled, in fact, that he appeared again the following Sunday, and the Sunday after that. Because he struck up conversations with anyone and everyone at those coffee hours, little by little we got to hear his story.

He was, as he said, “a good Catholic boy from Brooklyn” which is why, when he was in town that Sunday, he had made it a point to come to Mass. A Vietnam vet whose wife had died six months before, he was currently attending Mass at a parish in a neighboring city, but to say he belonged to that community would be a stretch. “Nobody talks to me,” he said. “Maybe it’s the way I look or something, but it’s like I’m not even there.” He was quiet for a moment but then broke out into a grin. “But here it’s different,” he said. “Here you guys invited me for coffee.”

So Richie became part of us. He had a smile and a joke for everyone every Sunday, and when we had a big parish dinner, we discovered something else about our friend — he had been a professional chef in his youth. Suffice it to say we made use of his talents.

Richie died six months ago, and we lost one of our genuinely beautiful characters. But the lesson he taught stays with us: A true parish is a home, a smile and an invitation to coffee hour.