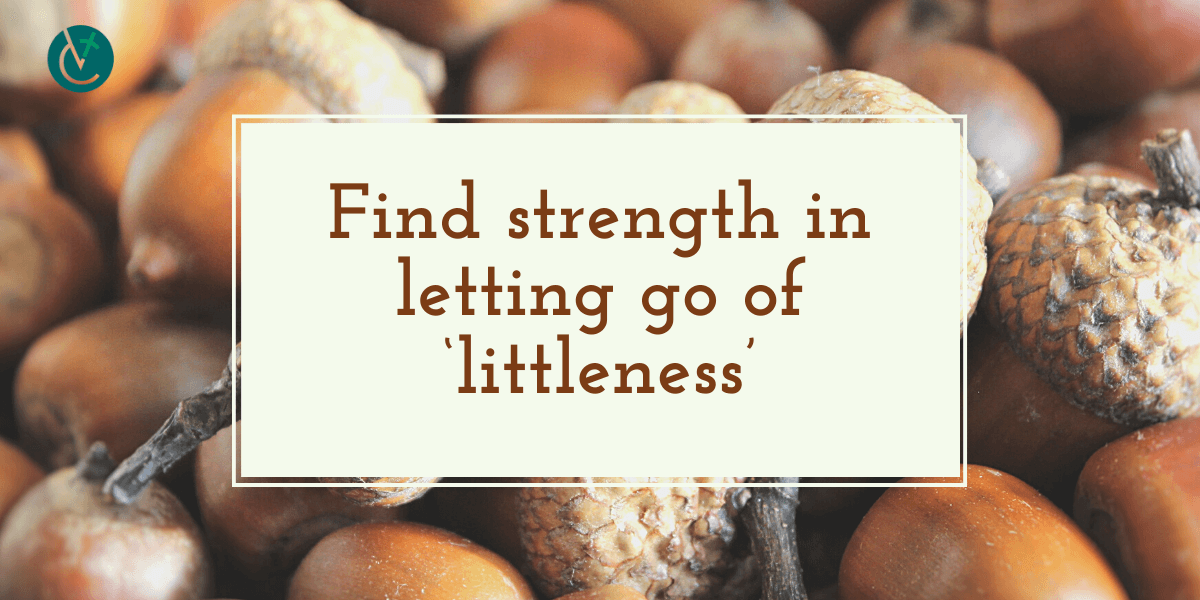 One of many arresting moments in J.R.R. Tolkien’s masterfully gripping “The Lord of the Rings” involves Merry, one of Frodo’s three Hobbit friends who accompany him on his journey to destroy the ring of power. Merry finds himself at the center of a great battle, with one of the Nazgul (dread servants of the enemy) bearing down on the king whom Merry has sworn to serve.

When the king is struck down, with horror all around him, Merry starts to crawl away. Something inside calls him to return — but “his will would not answer,” and he keeps fleeing in the other direction.

Merry discovers something he cannot let go, even at the cost of all he most longs for. His will clings to that something so desperately it keeps him crawling wildly in the mud.

In his self-revelatory “Confessions,” St. Augustine of Hippo, whom we commemorated Aug. 28, examines his own spiritual experience. He describes the agony of being unable to take the final step toward Christ — paradoxically, since belonging to Christ is his deepest longing and need. What was the stumbling block? Why would his will not answer what his soul longed for?

We are asked in many ways: What are the riches you would not give away to go where God asks you (Mk 10:22)? Who is the one you cling to more than to Christ (Mt 10:37)? What is it you would want to keep rather than receive the cloak Elijah throws around you (1 Kgs 19:19)?

If we risk listening to the question, we may be surprised at the answer. At first, we might think of our stomachs, our physical safety, our most treasured possessions, our most beloved people. Indeed, these can be difficult to let go, even for a greater love. And yet there may be other, more hidden things we cling to, often unaware.

Once long ago, when I was hurt by someone, I remember telling another friend I would not forgive the one who hurt me even if it meant extra time in purgatory! It took me a while to see just who was being harmed by that decision, and that my own pride would keep me out of heaven.

Canadian author L.M. Montgomery tells the story of a man whose son had hurt him and who therefore omitted, when praying the Lord’s Prayer, the petition to forgive others: “I can still see him, kneeling there, leaving it out.” Perhaps if Elijah had thrown his cloak around that man, the man would have said: “Let me go first and get my resentment, to make sure I can bring it with me.”

Perhaps Merry was not so much clinging to safety — crawling away didn’t make him safe — as to his smallness, his ability to be overlooked. (Hobbits, or “halflings,” were not only smaller than most races but also unknown to them.)

A couple I worked with discovered they had opposite reactions to the experience of being overlooked. One spouse was angry and upset when overlooked, after a childhood of being lost in the background. The other, for whom (as a child) invisibility was a place of safety from getting hurt, was relieved when overlooked. The first was reluctant to give up being seen, the second reluctant to give up a hiding place.

Merry, out of love for the king, and a “good” shame, let go of the littleness he clung to. In that moment, he also found his strength and his ability to resist evil. He turned and stood up against the Nazgul, still vulnerable but now visible.

St. Augustine, on the other hand, reports that he was enabled to let go of the control he clung to when he heard a child’s voice singing. Somehow that little one led him back to the scriptures where he found his peace.

God may seem demanding — “put me first” — but really, God is thorough. There is no part of us He doesn’t care about and doesn’t want to transform. Unfortunately, or fortunately, for us, we can’t wait until we are certain of Him to take the final step toward him. We have to take the step and find out.

St. Augustine and Merry had already walked a long way to come up against the one thing they hung on to most fiercely — and then let it go. This definitive moment was not the end of the story; “the road goes ever on and on,” as Tolkien puts it.

If we are feeling stripped and tested, up against our own thorniest inner knot — perhaps through Covid-19, perhaps by other things in our lives — this is not evidence that all is lost, that God has abandoned us or God never existed. The path is like that. Let us pray for one another.