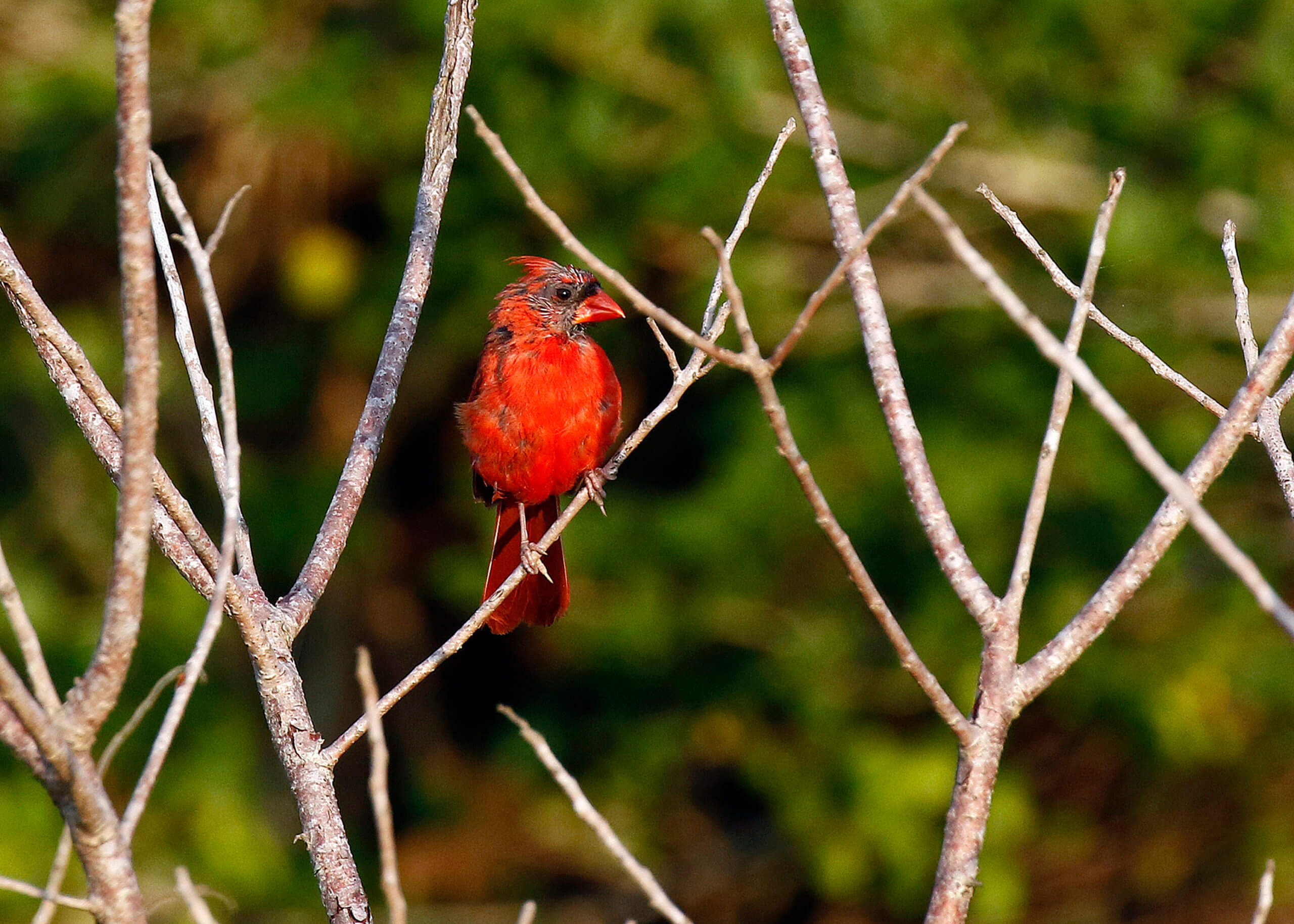 Photo Credit: CNS/Gregory A. Shemitz - A Northern Cardinal is seen perched on a branch in Cape May, New Jersey. “Over time, certain passages of scripture reach beyond the realm of the sacred to find a place in our culture’s lexicon of colloquial expressions. ‘To every thing there is a season’ is an example of such a passage,” writes Sister Constance Veit.

Over time, certain passages of scripture reach beyond the realm of the sacred to find a place in our culture’s lexicon of colloquial expressions. “To every thing there is a season” is an example of such a passage.

These words, from the third chapter of Ecclesiastes, were so popular a few decades ago that they inspired the lyrics of both a hit folk song and a popular Broadway show tune.

I believe that at its heart, Lent is a season for embraces. It is a privileged time to reflect on God’s loving embrace of each of his children, from the dutiful son who never leaves his father’s side to the prodigal returning home after squandering his inheritance.

I have noticed how often Pope Francis uses action words like embrace to describe God’s attitude toward us and the efforts he wishes us to make in the world today as Christ’s disciples. The pope often speaks of going out to the peripheries, of reaching out to those on the margins of society and of stooping down to embrace those who have fallen by the wayside of our fast-paced world.

He also speaks of God’s redeeming embrace of us, despite our sins and failings. “Whenever we take a step towards Jesus,” he wrote, “we come to realize that he is already there, waiting for us with open arms. Now is the time to say to Jesus: ‘Lord, I have let myself be deceived; in a thousand ways I have shunned your love, yet here I am once more, to renew my covenant with you. I need you. Save me once again, Lord, take me once more into your redeeming embrace.’”

The pope concludes with this passage: “How good it feels to come back to him whenever we are lost! … God never tires of forgiving us; we are the ones who tire of seeking his mercy.”

Elsewhere he writes, “Time and time again he bears us on his shoulders. No one can strip us of the dignity bestowed upon us by this boundless and unfailing love. With a tenderness which never disappoints, but is always capable of restoring our joy, He makes it possible for us to lift up our heads and to start anew.”

That’s really what Lent is all about: returning to God so that he may restore us in His love.

These passages from our Holy Father reminded me of a lesson I learned from a Little Sister many years ago.

I was a novice in our community at the time, and we were reaching the end of Lent. The Little Sister who directed the singing and taught us about liturgy arrived at our music practice one Sunday evening and told us she had just scrapped everything she had planned for the coming week’s liturgies because in prayer it had suddenly struck her that what we should sing about as Lent reached its climax was God’s unbelievable love in giving His life for us.

She then taught us the classic hymn, “What Wondrous Love Is This,” and that became our anthem throughout Holy Week.

Pope Francis has also spoken of how evangelization should be a matter of making our peers more aware that they live in the midst of two divine embraces. “The Christian identity, as the baptismal embrace which the Father gave us when we were little ones, makes us desire, as prodigal children – and favorite children in Mary – yet another embrace, that of the merciful Father who awaits us in glory.”

These are beautiful images for Lent.

During this Lent, let’s enfold others – especially those who seem furthest from God’s love – in an embrace of prayer and active, practical love. And let’s allow ourselves to savor God’s loving embrace, despite our sins and faults. Together, let’s sing of God’s wondrous love!