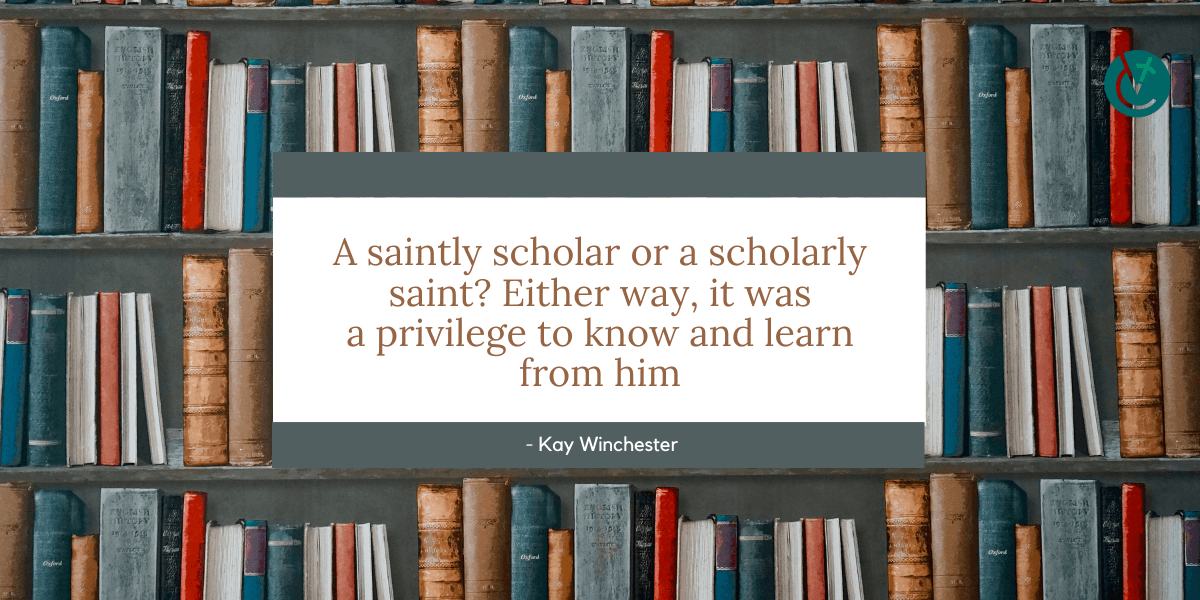 That was our signal; we stopped chatting and put down our pens. Slouchers straightened up in their chairs, and even the guys in the back row stopped shuffling their feet. As quiet filled the classroom, Dr. Hirten turned to the crucifix on the wall and made the Sign of the Cross. We all did the same. In a quiet voice, he began:

For the 22 years that he was on the faculty of Siena College, Dr. Hirten began every literature class he ever taught exactly the same way, and even the less than serious students — the ones in that back row — knew that they were in the presence of someone special.

It was more than the fact that he knew his stuff, which he did. There was that one class, for instance, in which we were studying Greek comedy and Dr. Hirten was trying to explain to us that the English translation we were working with simply did not do justice to the original. “In Greek,” he said, “the scansion is quite visible. Now, it’s not my field, but I will try to show you what I mean,” at which point he proceeded to cover the board with flawless ancient Greek.  Aristophanes would have felt very much at home.

Without a doubt the man was brilliant. A distinguished graduate of Yale University where he earned both his master’s and doctoral degrees, he was offered the chairmanship of the English Department there but turned it down. He would rather, he told them, remain at the small Catholic college he had come to love.

But it was not only his mind that impressed us students; it was his heart. Without fail, any time he encountered any of us anywhere, in class or just around campus, he would greet us with a quiet smile and ask how we were. We were never just Bill or Bob or Sue; we were always Miss Smith or Mr. Jones. He clothed us raggedy, sweatshirt-clad undergraduates with a sense of respect and dignity that we likely didn’t deserve but were glad to have anyway. No one wanted to disappoint Dr. Hirten with anything loud, or crude or inappropriate. It simply wasn’t done.

His kindness was genuine, like the man himself. When the management of the residential hotel where he lived surprised him one year on his birthday with a brand-new color television, Dr. Hirten thanked them profusely for their thoughtfulness. He then took it to his small apartment where he placed it behind a decorative screen in the corner – because he did not have the heart to tell those good people that he didn’t watch TV. He did have one guilty pleasure however; when he wasn’t reading medieval or modern literature, he loved to indulge in a good detective story.

A saintly scholar or a scholarly saint?  Either way, it was a privilege to know and learn from him; I am grateful for that gift.