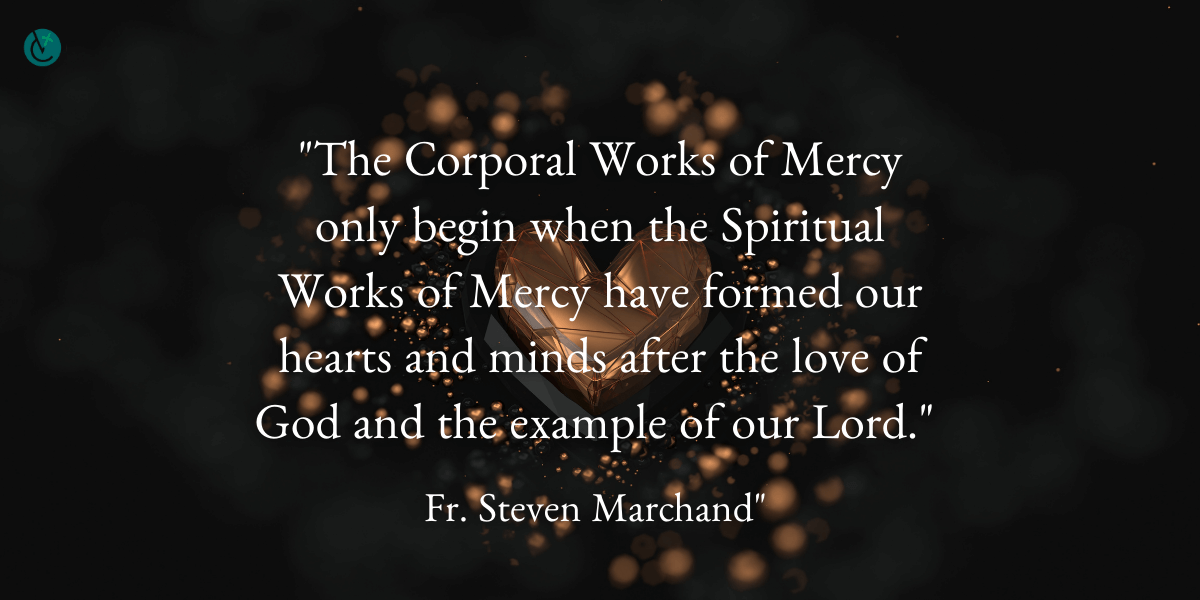 St. Martin and the beggar

I am writing this article on Nov. 11, the feast day of St Martin of Tours, a 4th-century saint who, following in the footsteps of his father, became a Roman soldier at the age of 15.

It is said that one day he encountered an unclothed beggar at the gates of a city in the wintertime. Moved by charity, he took his soldier’s cloak and with his sword cut it in two to clothe the beggar. That act of charity began his conversion to the Gospel, and shortly thereafter he surrendered his Roman sword to take up the battle as a soldier of Christ.

St. Martin’s act of charity opened his heart not only to the man before him; it also opened his heart and mind to the light of the Gospel. It was later revealed to him in prayer that that beggar was Christ.

Though we ought of course at all times to practice the corporal works of mercy, as temperatures drop and the cold of winter sets in, here in Vermont our minds turn at this time in a special way to care for the needy, especially the homeless. The Christ-child who was born in a cave for lack of better shelter Jesus reminds us, “will always be with you” (Mt 26:11).

Christian charity, then, must be clearly distinguished from any kind of simple activism.  Activism makes of those it purports to serve a faceless, impersonal and anonymous “project.” Christian charity must begin in love and a “beholding” of the person we seek to serve in Christ’s name. The Corporal Works of Mercy only begin when the Spiritual Works of Mercy have formed our hearts and minds after the love of God and the example of our Lord.

Pope Benedict XVI wrote beautifully of this reality in his 2005 encyclical “Deus Caritas Est:” It is very important that the Church’s charitable activity maintains all of its splendor and does not become just another form of social assistance.” We ought to be on careful guard that we don’t allow a generous welfare state supplant or cloud our sublime obligation to charity. Handouts never transform a person. Only human warmth and the love that is of God transforms.

And so Benedict XVI goes on to describe the essential elements of Christian and ecclesial charity. They are “first of all the simple response to immediate needs and specific situations. … We are dealing with human beings, and human beings always need something more than technically proper care. They need humanity. They need heartfelt concern.”

The Corporal Works of Mercy always recognize the individual: to feed the hungry, clothe the naked, visit those in prison, etc.

They must also be independent of parties and ideologies, the pope emeritus wrote. “It is not a means of changing the world ideologically, and it is not at the service of worldly stratagems, but it is a way of making present here and now the love which man always needs.”

Finally, the Christian’s charity “is free; it is not practiced as a way of achieving other ends.” Love is always a free gift of self, never given to receive something in return. “It is time to reaffirm the importance of prayer in the face of the activism and the growing secularism of many Christians engaged in charitable work. … Rather, he seeks an encounter with the Father of Jesus Christ, asking God to be present with the consolation of the Spirit to him and his work” (“Deus Caritas Est,” 31: 37).

I am reminded of that beautiful line from C.S. Lewis:  “There are no ordinary people. You have never talked to a mere mortal.”

Exactly like St. Martin and the beggar, what we do to the least of our brethren, we do to Christ.