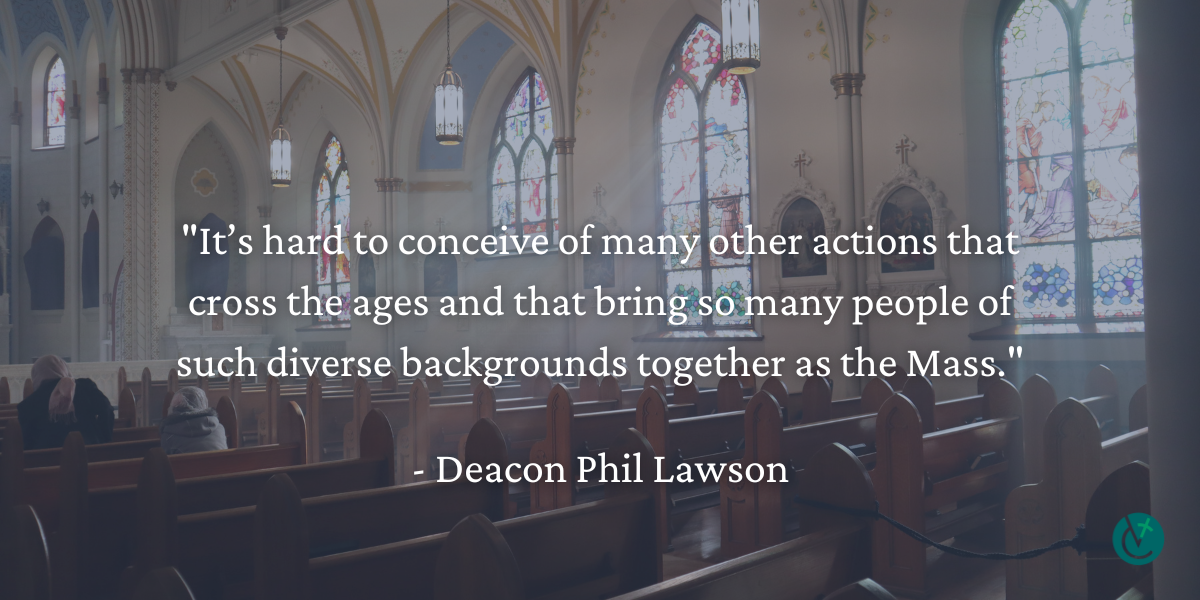 The gift of worship

Seventeen years ago this month found my new wife and me in Rome for our honeymoon.  One of our stops was the Colosseum where we attended a Saturday Vigil Mass in a small chapel.  There was the added bonus of receiving free admission into the Colosseum if we attended Mass!

Being in Rome, the Mass was in Italian. Now, neither my wife nor I knew Italian, but we still knew when to stand, when to kneel, when to make the Sign of the Cross and all the Mass parts. It was the same Mass, just in a different language. And isn’t that one of the beautiful aspects of Catholicism? You can go anywhere in the world and find the same Mass, with the same readings, with the same prayers. Of course, being in the Colosseum where so many Christians were martyred for the faith we profess was all the more sobering and moving. It was truly a universal and timeless experience of worship.

I recall a similar experience when I attended World Youth Day in Toronto with Pope John Paul II in 2001. There were men and women from some 150 nations present, and yet all of us gathered to worship together in communion with our Lord and with one another. It’s hard to conceive of many other actions that cross the ages and that bring so many people of such diverse backgrounds together as the Mass.

St. Justin Martyr (d. 150 AD) famously recorded the worship of the early Church writing:  And on the day which is called after the sun, all who are in the towns and in the country gather together for a communal celebration. He then goes on to describe the Mass, mentioning the readings, the petitions and the Eucharist. What they did then, we still do today.

I recently came across a survey via Pillar Catholic in which individuals were asked about Catholic devotions and practices, which were then correlated to frequency of Catholic practice later in life. Five practices in particular stood out as being strongly correlated to the continued practice of faith in adulthood. In fact, if children had done all five there was an 82 percent chance they remained Catholic and a 58 percent chance they still went to Mass weekly. Note how many of these relate to prayer and worship:

As Catholics, worship is part of who we are. It is an intentional way of life. What a privilege to worship the Lord in the same way as the ancient Roman martyrs and men and women throughout the world today. And following their example, we continue to worship the Lord and invite others, including our young people to do the same; in communion with one another and with our Lord.

—Deacon Phil Lawson is the executive director of pastoral ministries for the Diocese of Burlington. He can be reached at plawson@vermontcatholic.org.

—Originally published in the Summer 2022 issue of Vermont Catholic magazine.