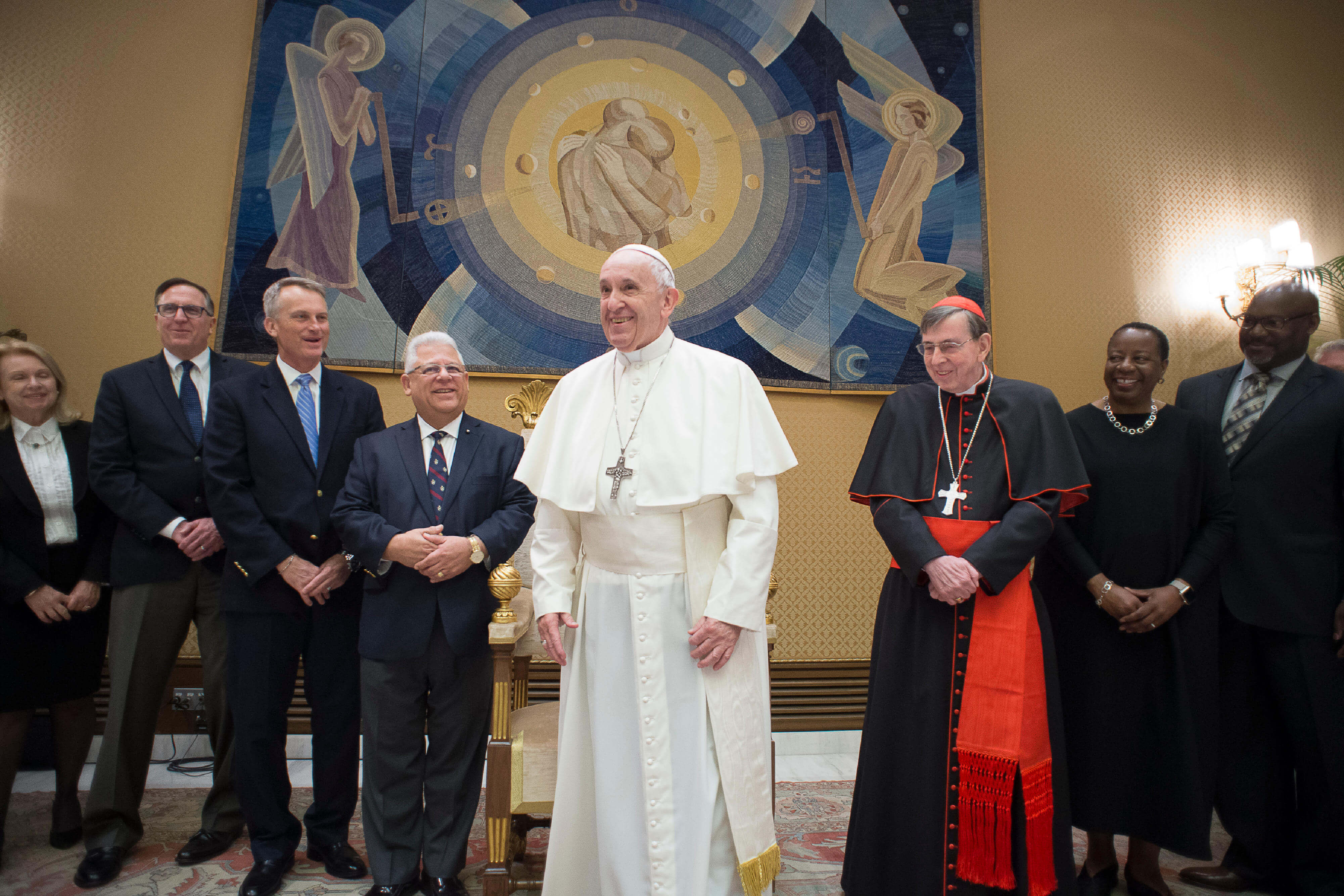 Through God’s word, Christians can taste the sweetness of his love like honey and also feel the sharp sting of a sword that purifies them from sin, Pope Francis said.

“The double edge of this ‘sword’ may at first wound, but it proves beneficial, for it cuts away everything that distances us from God and His love,” the pope said Oct. 31 to members of the American Bible Society.

“I pray that, through the Bible, you will taste and feel deep within yourselves the Lord’s tender love and His healing presence, which searches us and knows us,” he said.

Founded in 1816, the American Bible Society translates, publishes and distributes the Bible around the world. Members of the delegation meeting with Pope Francis were in Rome for the society’s annual retreat.

Meeting with the group before his weekly general audience in St. Peter’s Square, the pope expressed his gratitude for their commitment to “transform lives through God’s word.”

“No other book has the same power,” the pope said. “In its word, we recognize the Spirit who inspired it for only in the spirit can Scripture truly be received, lived and proclaimed, for the Spirit teaches all things and reminds us of all that Jesus said.”

Scripture removes every form of “falsehood and duplicity” while often breaking “through our own plans and preconceptions,” Pope Francis said.

“God’s word judges thoughts and intentions,” the pope said. “Letting ourselves ‘be read’ by the word of God thus enables us to become in turn ‘open books,’ living reflections of the saving word, witnesses of Jesus and proclaimers of His newness.”