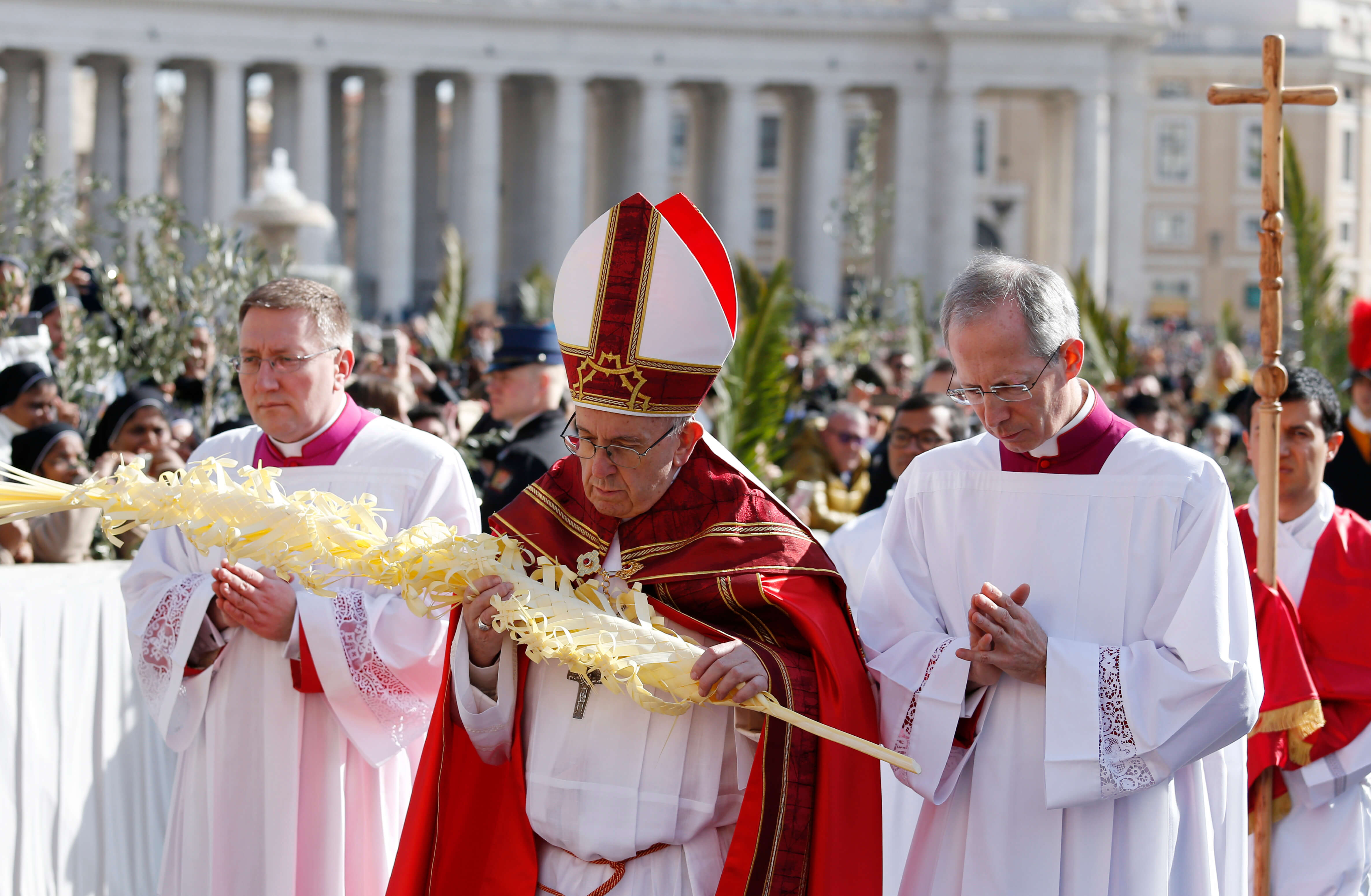 Celebrating Palm Sunday Mass with thousands of young people, Pope Francis urged them to continue singing and shouting “hosanna” in the world, proclaiming the lordship of Jesus and following His example of outreach to the poor and suffering.

The crowd that shouted “hosanna” as Jesus entered Jerusalem included all those for whom Jesus was a source of joy, those He healed and forgave, and those He welcomed after they had been excluded from society, the pope said in his homily March 25.

But others were irritated by Jesus and tried to silence His followers, the pope said. In the same way, people today will try to silence young people who continue to follow Jesus, because “a joyful young person is hard to manipulate.”

Gabriella Zuniga, 16, and her sister Valentina Zuniga, 15, were among the thousands in St. Peter’s Square. The sisters, students at Stoneman Douglas High School in Parkland, Florida, had participated March 24 in the local Rome “March for Our Lives,” calling for gun control.

The Palm Sunday Mass marked the local celebration of World Youth Day and included the more than 300 young adults who, at the Vatican’s invitation, had spent a week discussing the hopes, desires and challenges facing the world’s young people and ways the Catholic Church should respond.

At the end of the Mass, they formally presented their final document to the pope; it will be used, along with input from the world’s bishops’ conferences, in drafting the working document for the Synod of Bishops in October, which will focus on young people, faith and vocational discernment.

Holding five-foot tall palm branches, the young adults led the procession to the obelisk in the center of St. Peter’s Square. They were joined by others carrying olive branches and by bishops and cardinals holding “palmurelli,” which are intricately woven palm fronds.

In his homily, Pope Francis said that the Palm Sunday Mass, which begins with the singing of “hosanna” and then moves to the reading of Jesus’ passion, combines “stories of joy and suffering, mistakes and successes, which are part of our daily lives as disciples. ”

The acclamation of the crowd praising Jesus as He enters Jerusalem gives way to the shouts of “crucify him” as Jesus’ suffering and death draw near, the pope noted. “It somehow expresses the contradictory feelings that we too, the men and women of today, experience: the capacity for great love, but also for great hatred; the capacity for courageous self-sacrifice, but also the ability to ‘wash our hands.'”

The Gospel also demonstrates how the joy Jesus awakened in some is “a source of anger and irritation for others,” Pope Francis said, and the same is true today.

Joy is seen in all those “who had followed Jesus because they felt His compassion for their pain and misery,” the pope said. “How could they not praise the one who had restored their dignity and hope? Theirs is the joy of so many forgiven sinners who are able to trust and hope once again.”

But others in Jerusalem, “those who consider themselves righteous and ‘faithful’ to the law and its ritual precepts” and “those who have forgotten the many chances they themselves had been given” find such joy intolerable, the pope said.

“We have been saved by His cross, and no one can repress the joy of the Gospel,” he said. “No one, in any situation whatsoever, is far from the Father’s merciful gaze.” 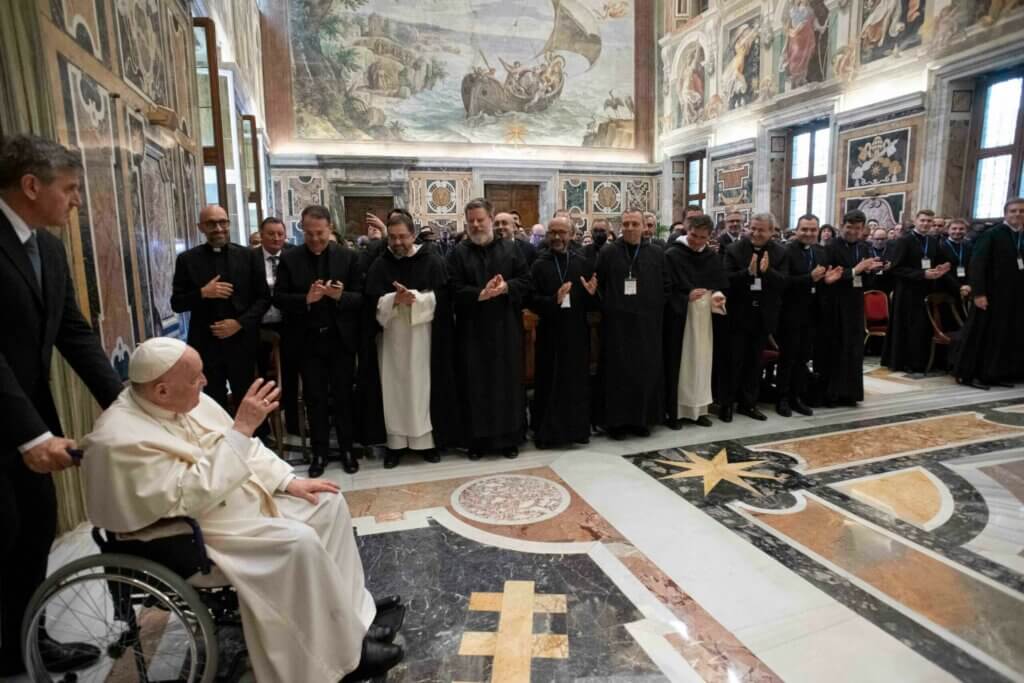 Society of Divine Vocations founder to be canonized 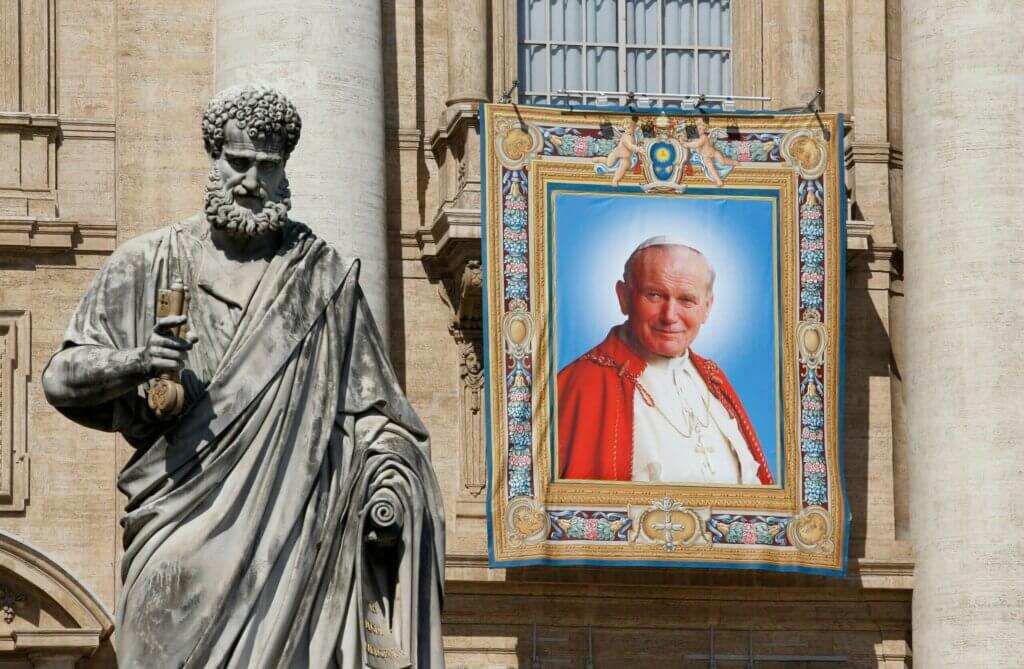