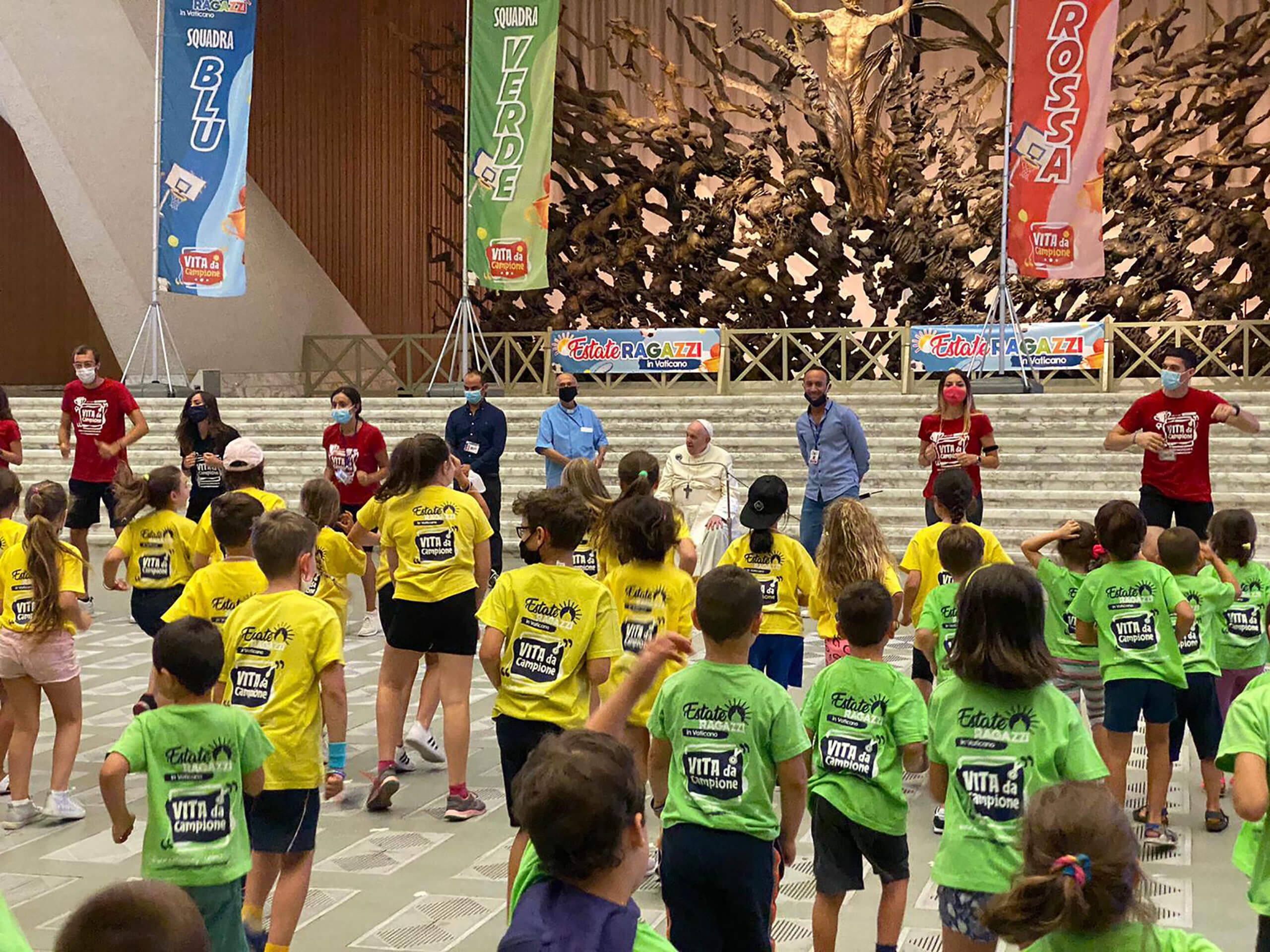 Photo Credit: CNS/courtesy Play It - Children perform for Pope Francis, who made a surprise visit to their summer program in the Vatican's Paul VI audience hall July 20. About 100 children of Vatican employees are attending the program for the month of July.

When Zoe, 10, showed up late for summer camp at the Vatican, she did not expect to see Pope Francis there.

“I froze because it was a surprise and I had never seen him before. I liked him a lot. I was very happy and I said ‘hello,'” she told Vatican News.

Zoe was one of about 100 children of Vatican employees attending a summer camp for the month of July.

The children start the day with breakfast in the Paul VI audience hall and, at 9 a.m. July 20, Pope Francis made a surprise visit, walking there alone from his residence, the Domus Sanctae Marthae.

Salesian Father Franco Fontana, a chaplain at the Vatican overseeing the program, said he had just left to make photocopies when someone told him the pope was heading to the audience hall.

The priest had a car, “so I got there before the pope” to be able to welcome him, he told Vatican News.

“The kids were so stunned they stayed completely silent,” he added.

The pope greeted the children, who were finishing their breakfast, and asked them how they spent their day and if they were happy.

Father Fontana said he was struck by the way the children interacted with the pope, sensing his openness, “simplicity and paternal nature.”

Pope Francis wanted the summer program to support employees with families given the ongoing restrictions and fewer organized summer activities available during the global pandemic.

The summer program, organized by the Salesians and a private association, “Tutti in una Festa,” offered the children activities such as swimming, tennis, basketball, games and walks in the Vatican Gardens, while respecting Italian government protocols and recommendations for preventing the spread of the coronavirus.

The pope also greeted each of the 22 camp counselors and posed for a group photo with everyone, before he walked back to his residence.