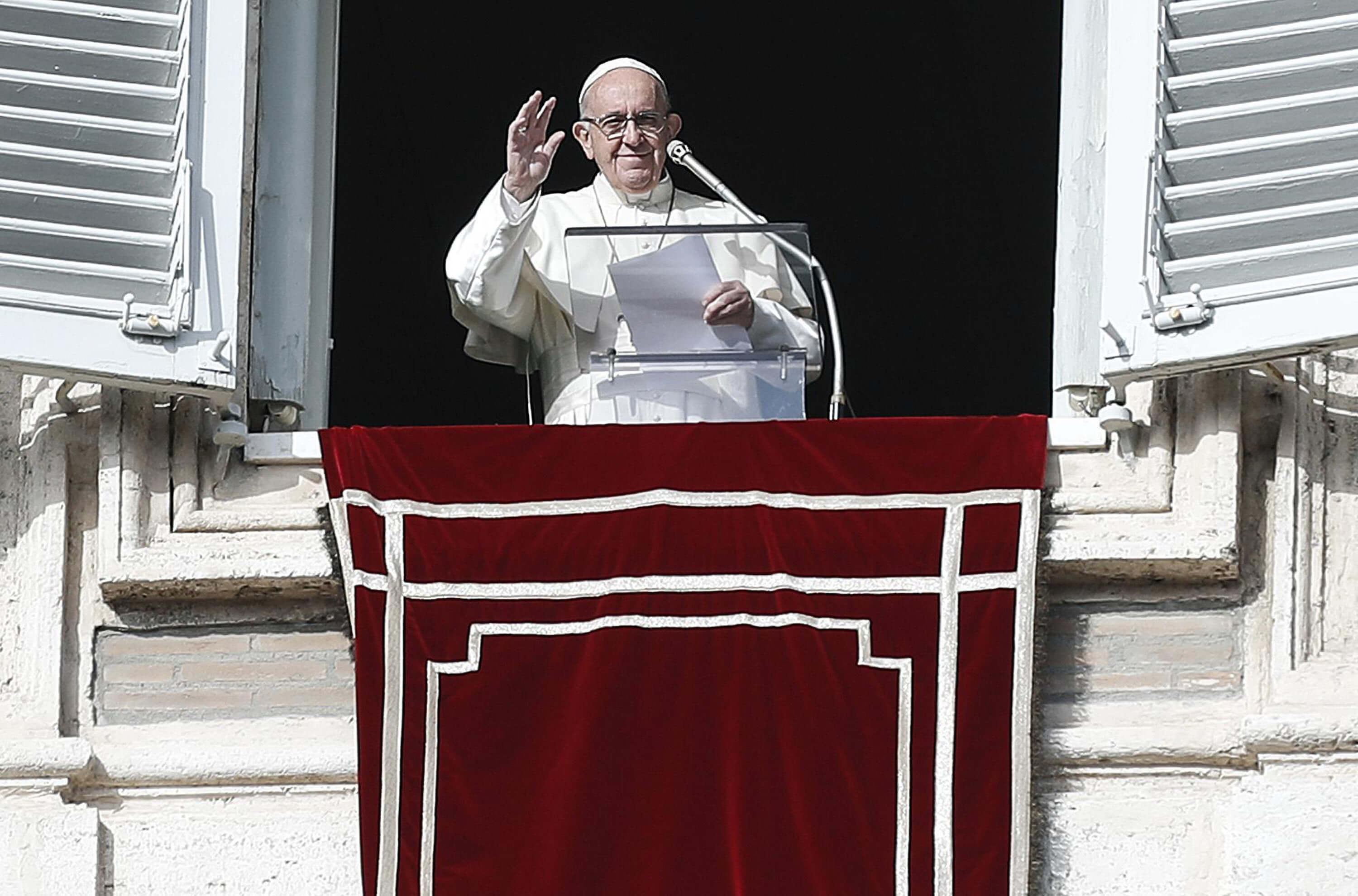 Photo Credit: CNS/Riccardo Antimiani, EPA - Pope Francis waves as he leads the Angelus from the window of his studio overlooking St. Peter's Square Dec. 9 at the Vatican.

Advent is a time for people to think about what they can change about themselves so that they can sow the seeds of peace, justice and fraternity in their daily lives, Pope Francis said.

The Advent season is a call for personal conversion, “humbly recognizing our mistakes, our infidelities, our failure” to do one’s duty, he said Dec. 9 before praying the Angelus with visitors gathered in St. Peter’s Square.

Celebrating the second Sunday of Advent, the pope said the attitudes of vigilance and prayer that characterize the Advent season and preparations for Christmas include a journey of conversion.

“Let each one of us think, how can I change something about my behavior in order to prepare the way of the Lord?” the pope said.

Preparing the way entails making straight “his paths. Every valley shall be filled and every mountain and hill shall be made low,” the pope said, citing the day’s Gospel reading according to St. Luke.

The pope said to think of the valleys as being the result of indifference and cold-heartedness. Filling them, he said, requires reaching out to others — like Jesus did — with warmth and attentive care and concern for their needs.

Hills that need leveling, he said, are the bitter, harsh obstacles of pride and arrogance.

What is needed here is reconciliation and asking for forgiveness for one’s mistakes, he said. Even though taking the first step is not easy, “the Lord helps us in this, if we are of goodwill.”

“We cannot give up in the face of negative situations of closure and refusal,” he said; “we must not let ourselves be subdued by the world’s mindset because the center of our life is Jesus and his word of light, love and consolation.”

St. John the Baptist, he said, invited the people around him to conversion “with strength, vigor and severity. Nonetheless he knew how to listen,” how to act with tenderness and be forgiving.

“Today, as well, Christ’s disciples are called to be his humble but courageous witnesses in order to rekindle hope, to make it understood that, despite everything, the kingdom of God continues to be built day by day with the power of the Holy Spirit.”

People must pray for help in preparing the way of the Lord, “beginning with ourselves and for spreading around us seeds of peace, justice and fraternity with steadfast patience,” he said.