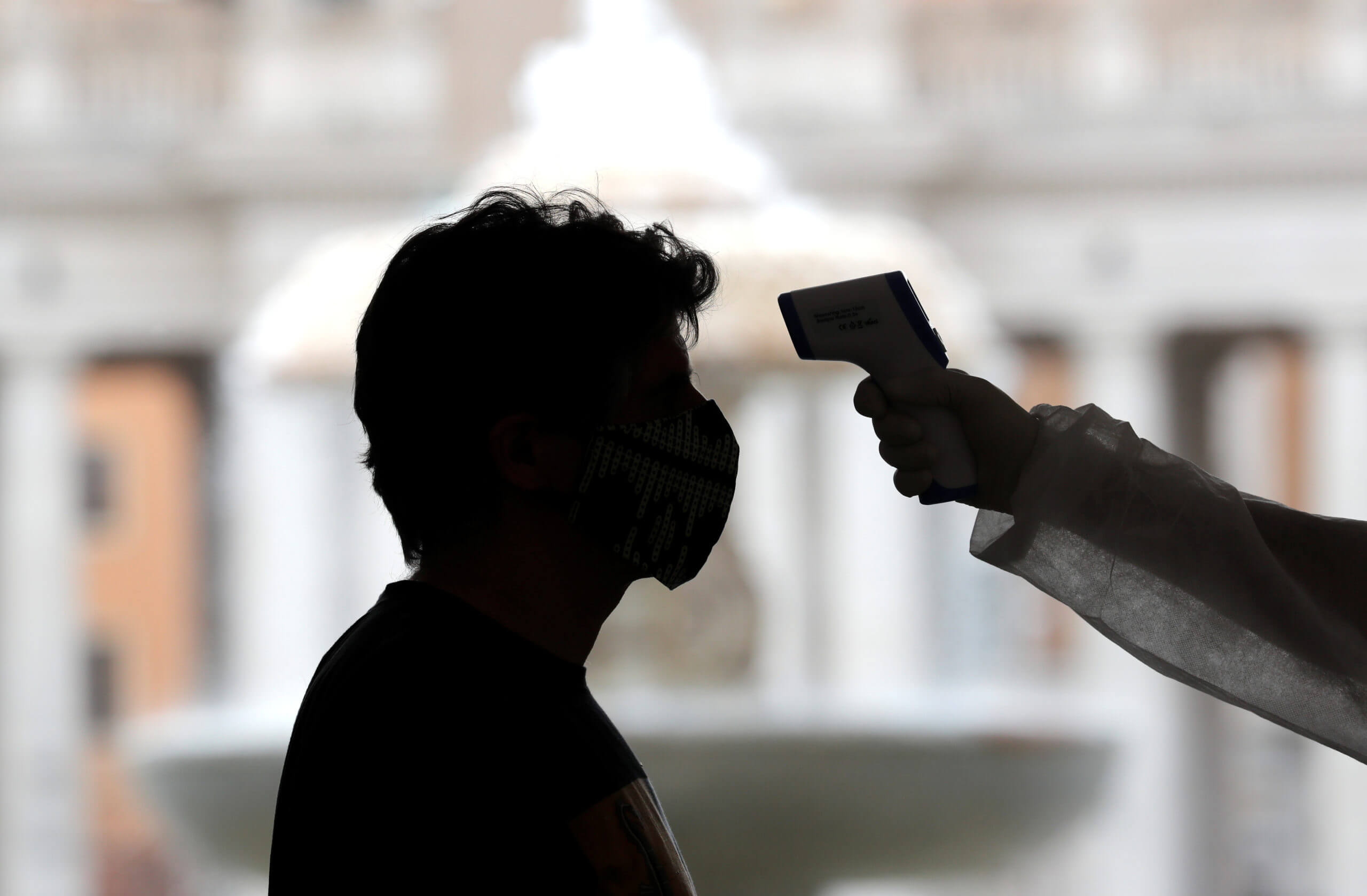 Photo Credit: CNS/Remo Casilli, Reuters - A man has his temperature checked before entering St. Peter's Basilica at the Vatican May 18, after the basilica reopened to the public during the COVID-19 pandemic.

Almost 10 weeks after St. Peter’s Basilica was closed to the public in cooperation with Italy’s COVID-19 lockdown measures, the faithful and tourists were allowed back in May 18.

Pope Francis celebrated Mass at 7 a.m. at the tomb of St. John Paul II to mark the 100th anniversary of the Polish pope’s birth. Then, at 8 a.m., the general public was admitted.

The basilica was sanitized May 15 in preparation for the reopening. It had been closed to the public since March 10.

On the edge of St. Peter’s Square, a sign advises visitors they must wear a mask and stay 2 meters (6.5 feet) away from others in order to enter the basilica.

The Vatican sanitation service placed hand-sanitizer dispensers at the end of the colonnade surrounding St. Peter’s Square. From there, the public finds “keep your distance” labels and tape on the cobblestone path leading to the health and security checks before entering the basilica.

At the end of the path, two members of the Knights of Malta dressed in white, lightweight hazmat suits point a small thermoscanner at the visitor’s forehead. If the person does not have a fever, he or she can proceed to the line for the metal detectors.

After the security check and before entering the church, visitors find another hand-sanitizer dispenser.

While many of the people attending the Mass celebrated by Pope Francis were not wearing masks, once the celebration was over, Vatican security began enforcing the face-mask requirement and breaking up any situation where it looked like people were standing close to each other to talk, including journalists trying to interview some of the first people inside.

Vatican Media did not show people receiving Communion at the pope’s Mass. For the Masses celebrated later that morning, Communion was distributed only in the hand.

Vatican workers with large spray bottles resanitized the altars and pews where Masses were celebrated with the public.

Except for the expanded space needed for the line for security checks, St. Peter’s Square remained closed.