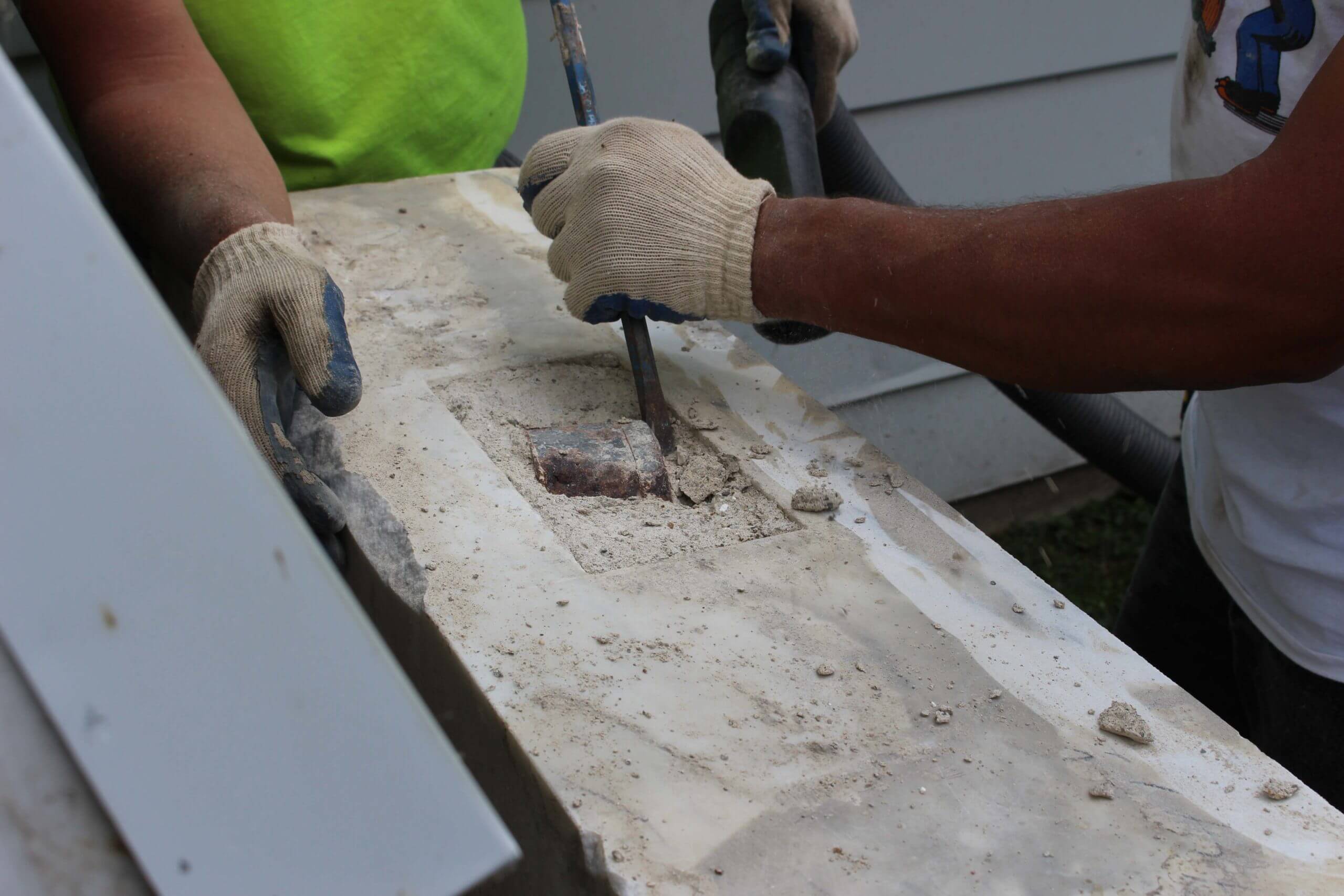 St. Mary Church in Franklin is but minutes from the Canadian border, so it seems fitting that more than 100 years ago when parishioners selected items for a time capsule in the church’s cornerstone, they included in it a Canadian dime.

The 1916 dime was minted the same year the church was built.

The current church replaced a 19th century one that was torn down.

Father Daniel Jordan, pastor of All Saints Church in Richford and other area Catholic churches, said the placement of the cornerstone in 1916 was “a pretty big deal,” an event attended by Vermont Gov. Charles Gates who hailed from Franklin. “I think the whole town came out for it,
he said.

One hundred and five years later, about 130 people were present for the opening of the time capsule in early August. “Time capsules are meant to be opened,” said Father Jordan who oversees the church. “It’s an interesting window into what it was like in 1916.”

Members of the Franklin Historical Society were instrumental in having the tin container opened, even raising funds for the mason work necessary to do so.

“In 2018 somebody was driving by and noted the cornerstone said 1916 and wondered if there was a time capsule in there,” said David Bennion, Franklin Historical Society vice president. Research produced an old newspaper article about the time capsule, and plans were made to open it. “Then [the] Covid [19 pandemic] hit,” he said, explaining the time lapse from the 100th anniversary of the placement of the time capsule.

On Aug. 27 the time capsule will be replaced in the cornerstone with some modern additions: two Vermont quarters along with a penny, nickel and dime from 2021; a rosary; a parish bulletin; a St. Francis medal and a 2021 Canadian nickel, quarter and dime.