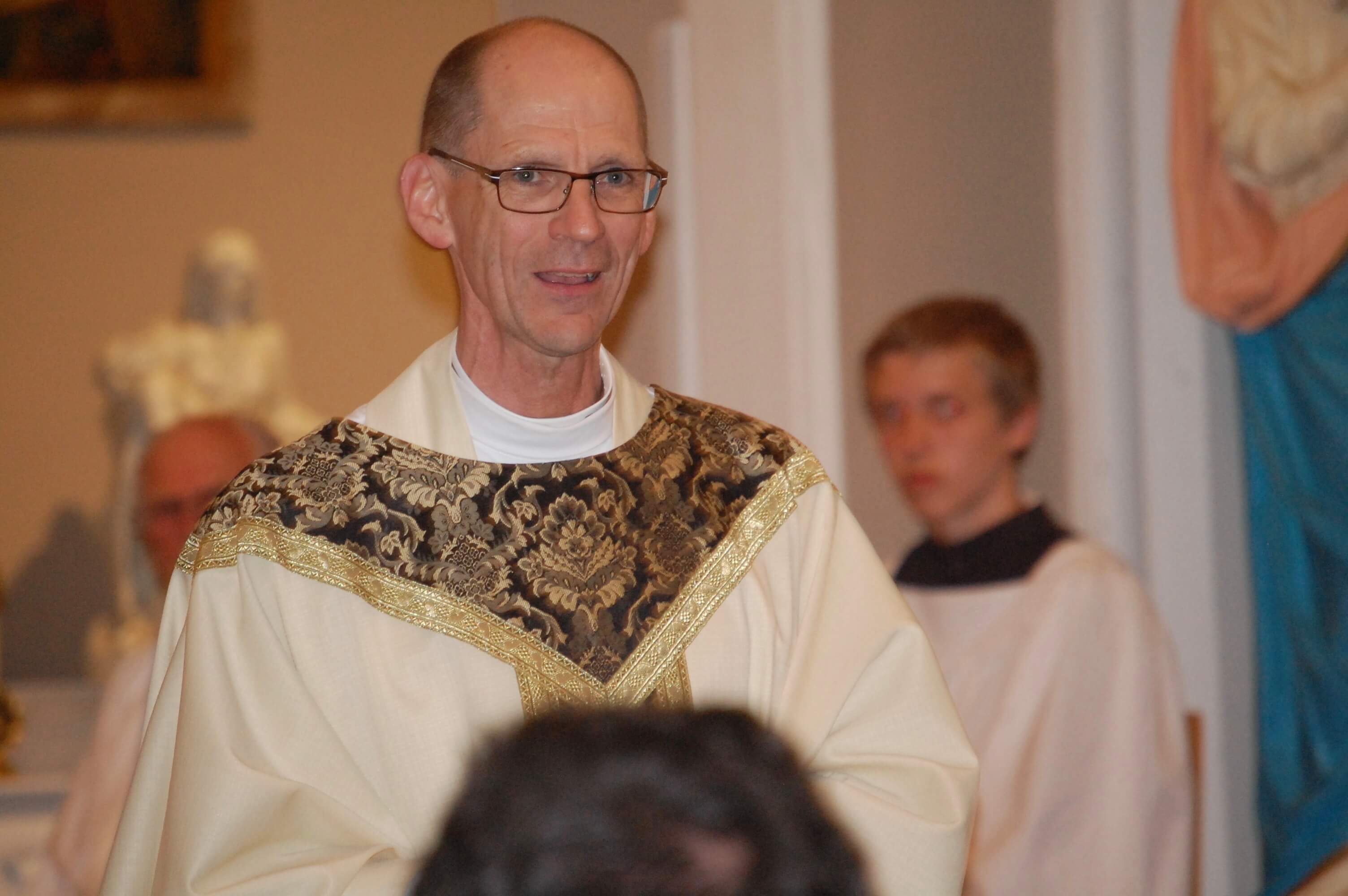 I had always been involved in the life of the Church.

I began serving Mass in third grade and became a lector in high school, but I had never given serious thought to a vocation to the priesthood.

If you had asked me in high school what I thought I would do when I was older, I likely would have said I’d like to be a civil engineer, get married and have a big family in imitation of my faith and mother. However, in my first year of college at the U.S. Coast Guard Academy, I was sea sick on a training cruise and began thinking I might be called to something else. So, over the course of the almost eight months at the academy, I went to chapel as often as I could, started to pray more on my own and attended a retreat sponsored by the chaplain’s office. After all of this, I thought I heard an invitation to consider the priesthood.

Over the next three years at Belmont Abbey College, I continued to wrestle with this invitation and made the decision to apply to the Diocese of Burlington and then to the seminary. I was not necessarily convinced I would be a priest, but I needed to “scratch the itch” and decide if the invitation was authentic. During the next two years at Mount St. Mary Seminary, I became more and more convinced that God was calling me to serve as a priest. Throughout this time, my parents and siblings were very supportive. I was ordained a deacon in 1988 and a priest in 1989.

Having been a priest now for 30 years, there are too many highlights to focus on just a few. Parish life as a parochial vicar and pastor is a joy. The celebration of the sacraments and the important times in people’s lives always stand out. To be present for baptisms, wed-dings, funerals and the like are grace-filled moments hat priests are blessed to experience.

I’ve also been blessed to serve in the Chancery Office for almost 15 years. Here I get a sense of the Church as more than just one parish or community. I have been able to experience the Church at the diocesan and universal level as well. The staff I have worked with in these 15 years are almost like a parish com-munity for me, offering support and providing com-munity. In particular, during the year I served as the apostolic administrator of the Diocese while awaiting a new bishop, the chancery staff helped me fulfill my role with a minimum of stress.

As vicar general I was an active participant and facilitator of the recently completed Diocesan Synod. Because of my knowledge of the Diocese and its parishes, I was able to provide information to the delegates to help them consider the important matters which came before them. I learned of the commitment of so many to their local parishes and to the Diocese. Participants expressed a deep love for the Church and a strong desire to ensure its future vibrancy in Vermont. I hope and pray that the goals set forth by the synod will lead us all to proclaim the lordship of Jesus Christ in an effective and joyful way so as to build up strong and vibrant parishes throughout the State of Vermont.

—Msgr. John McDermott is vicar general of the Diocese of Burlington.