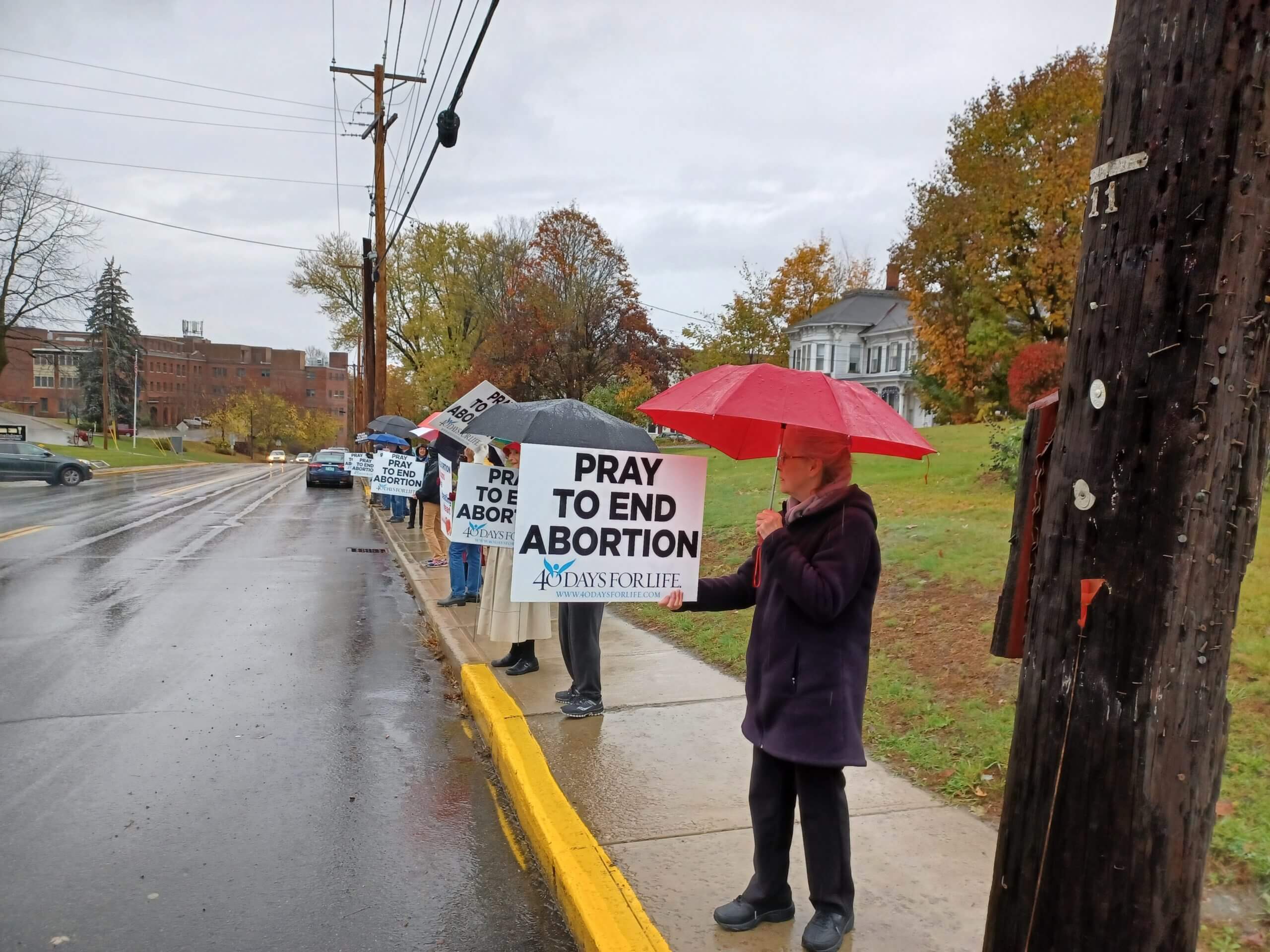 Photo Credit: submitted - People in Barre pray for an end to abortion.

More than 20 people braved a steady rain for about an hour Oct. 31 as part of 40 Days for Life to offer public witness and prayer in the vicinity of the Planned Parenthood clinic in Barre.

As mentioned in the group’s Devotional Guide at Day 11, “we are reminded that we are ambassadors of Christ,” said Thomas Kelly, the Barre leader, who noted that an anecdote in the guide illustrates the unseen impact:  “When Carol Everett, a former abortionist and post-abortive woman, was asked what turned her heart from death to life in Christ, she said, ‘It was unconditional love’  shown by a man who prayed daily for her in front of the abortion clinic where she worked.  He told Carol that ‘God had sent him’ because there was someone in there that God wanted out.  She left 27 days later and now serves as Christ’s ambassador to help others.  We too have been sent by Christ as an ambassador to love unconditionally those God seeks to ‘get out’ of their bondage and sin.”

Kelly said prayer will continue for an end abortion in the community, state, nation and world.  The next campaign will be March 2 thru April 10, 2022.