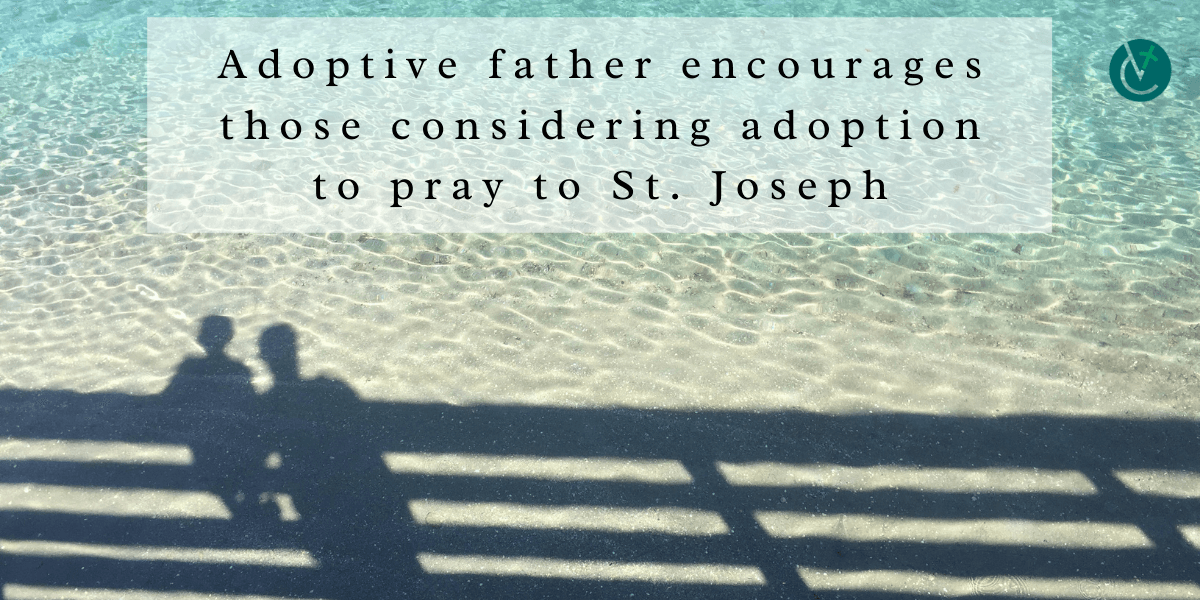 Today the parishioners of St. Luke Church in Fairfax are the adoptive parents of Joseph Samuel, and their lives are “filled with joy, love, laughter, happiness and contentment,” said Patrick, who asked that his family name not be used as a matter of protecting their privacy. “Being a dad is the most incredible gift. I am so blessed. Though fatherhood was something I always anticipated, I never fathomed the depths in which being a father would enrich my life.”

St. Joseph is a role model for Patrick as a father: “St. Joseph has taught me that in everything you put your trust in God, surrendering it all and having faith, knowing He will see you through.”

In the summer of 2012, Laurie was diagnosed with breast cancer. Over the next several months their love and faith were tested beyond anything they had experienced. They prayed every night to the Infant of Prague for healing and strength.

The month following his wife’s final radiation therapy treatment, Patrick learned he was being tagged as part of a workforce reduction layoff.  “As did St. Joseph, in each of these trials I put my trust in God, and I was able to endure these trials and know the meaning of true peace, as I knew without a doubt God would carry us through,” said Patrick, who now works as a software developer for the State of Vermont. “Through both of these trials there was never a time when we were in need of anything. Our amazing God took care of everything.”

Following St. Joseph, Patrick wants his son, now 13, to grow to be a man who continues to be filled with the love of God and follows His teachings, to give his life to God, to allow God to direct him in every aspect of his life and to know that his parents “are here for him always.” He wants Joseph to be honest always, give his best in everything he does and be happy, healthy, loving and compassionate.

Adoption is open to everyone whether a family has biological children or not; Patrick and Laurie don’t have other children but are open to adopting again. “There is an ever-growing number of children in need of a loving family through adoption,” he said. “Adoption serves a need for both the biological and adoptive parents, all while promoting life.”

He and Laurie now promote adoption through a presentation they have put together and consider that their call to promote adoption is for the thousands of children who need them to advocate for them, in hopes they will one day have a loving family of their own, and he encourages those considering adoption to pray to St. Joseph.