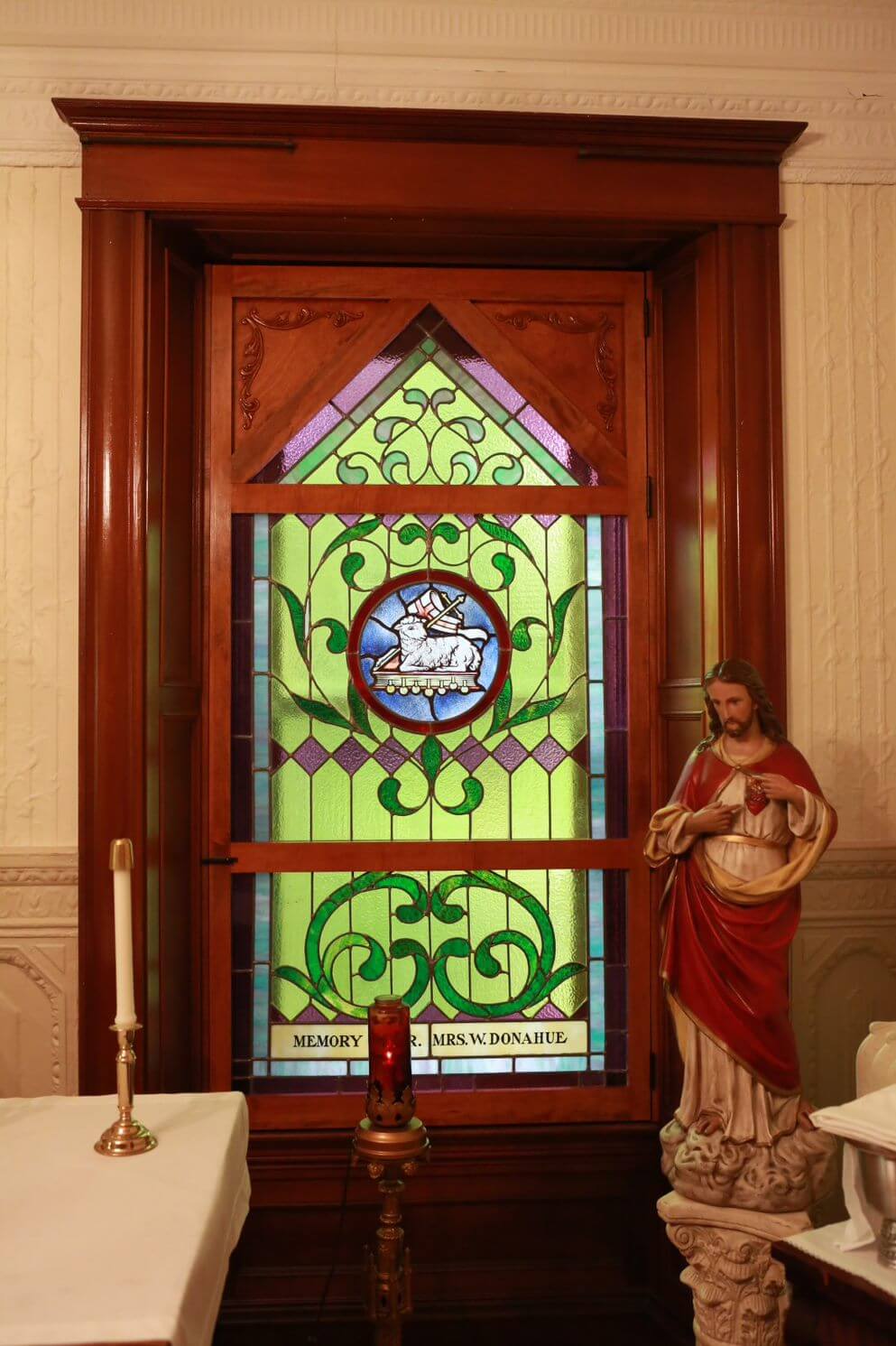 Photo Credit: Vermont Catholic/Alayna Masker - The stained-glass window that was dedicated in memory of Rose and William Donahue is now part of the bishop’s chapel at St. Joseph Cathedral rectory in Burlington.

The stained-glass window that was dedicated in memory of Rose and William Donahue that once let light shine into the former St. Sylvester Church in Graniteville is now at home in the bishop’s chapel at St. Joseph Cathedral rectory in Burlington.

Daniel Bagalio of Barre inquired about the window and provided some of its back story.

St. Sylvester’s was his family’s church for generations, including during his childhood.  The window was dedicated in memory of his grandparents.

“After the closure St Sylvester’s … we found that it had been installed in the bishop’s private chapel, and we think that this is a great place for it to be,” he said.

Around Oct. 14, 1933, his grandparents were hit and killed by a car in front of their home in Lower Websterville. They had walked across the road to show his parents’ September wedding photographs to his grandmother’s parents and were returning home when struck. “Sadly, most of their 11 children were at home and witnessed at least the aftermath of this tragic event,” Bagalio said. “The wedding pictures were evidence in the ensuing trial of the driver and none were ever returned.”

At the time, his mother was 21, the second oldest child.  She and her husband then lived in her parents’ family home and became surrogate parents to the children still at home who ranged in age from about 5 to their teens. Within a couple of years, their first of six children of their own was born. “Those were different times of course, but I have often marveled at the fortitude and courage that was required for them to deal with both the accident and life in its aftermath,” Bagalio said. “So, this is why the window has special meaning to our family. I don’t know the names of those who donated for the window but understand it was family, friends and neighbors. Of course, all of this story is as passed down verbally from my mother and father, but I believe it is accurate.”

Bagalio plans to share a photo of the window provided by Alayna Masker, digital media manager for the Diocese of Burlington, with other family members who are interested in its final resting place.