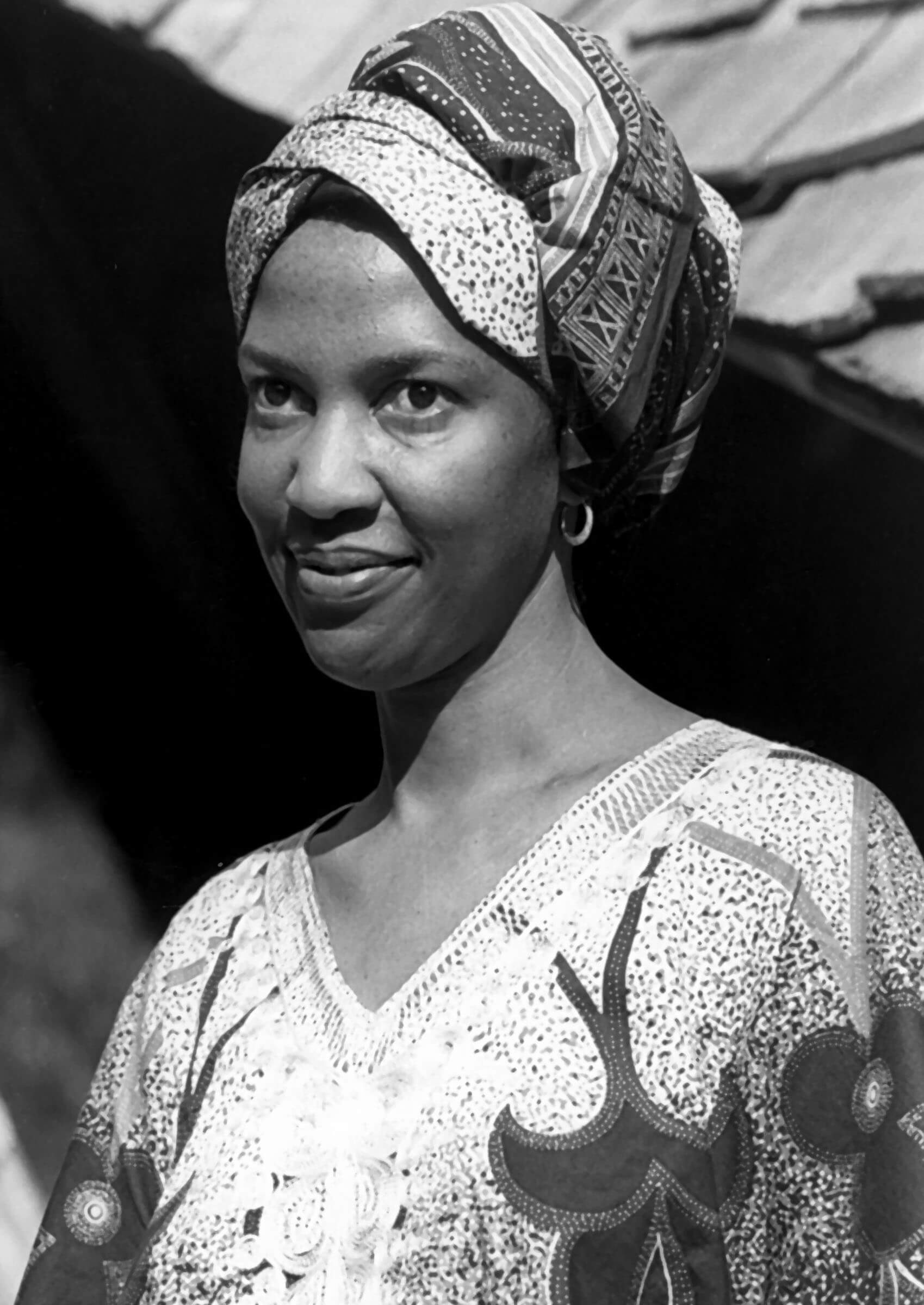 Photo Credit: CNS/Beatrice Njemanze, Mississippi Catholic - Sister Thea Bowman, pictured in an undated photo, was the granddaughter of slaves. She was the only African-American member of the Franciscan Sisters of Perpetual Adoration, and she transcended racism to leave a lasting mark on U.S. Catholic life in the late 20th century.

The U.S. bishops gave their assent to the canonization effort launched for Sister Thea Bowman by the Diocese of Jackson, Mississippi.

The assent, on a voice vote, came Nov. 14, the third day of their fall general meeting in Baltimore. The “canonical consultation” with the body of U.S. bishops is a step in the Catholic Church’s process toward declaring a person a saint.

Sister Bowman, a Mississippi native and the only African-American member of her order, the Wisconsin-based Franciscan Sisters of Perpetual Adoration, was a widely known speaker, evangelizer and singer until she died of cancer in 1990 at age 52.

She received an honorary doctor of humane letters degree from St. Michael’s College in Colchester 1989.

Sister Bowman made a presentation at the U.S. bishops’ spring meeting in 1989, moving some prelates to tears.

“The faithful in, and well beyond, the Diocese of Jackson,” have asked for her canonization process to begin, said Bishop Joseph R. Kopacz of Jackson, who became bishop of the diocese in 2014. “Even well before I arrived in Jackson, the requests were coming in.”

Sister Bowman, Bishop Kopacz said, was “an ambassador of Jesus Christ and an apostle of reconciliation,” adding she was “singing, teaching and inspiring until the very end.”

He noted that “the Church embraced Sister Thea from her early years, but there were times when she felt like a motherless child.” It never deterred her, though, Bishop Kopacz said. “We pray that Sister Thea’s voice will be a beacon of hope” to victims of clergy sexual abuse.

“We unite ourselves with Christ’s redemptive work when we make peace, when we share the good news of God within our hearts,” she once said. “We celebrate the presence and proclamation of the word made flesh. It is never an escape from reality,” she also said.

At another point, Sister Bowman told her audience, “Go! There is a song that will never be sung unless you sing it. … Go tell the world, go preach the Gospel, go tell the good news.”

Sister Bowman led the Jackson Diocese’s Office of Intercultural Awareness, taught at several Catholic high schools and colleges, and was a faculty member of the Institute of Black Catholic Studies at Xavier University in New Orleans.

She took her message across the nation, speaking at church gatherings and conventions, making 100 speaking engagements a year, but spreading cancer slowed her. Music was especially important to her. She would gather or bring a choir with her and often burst into song during her presentations.

In addition to her writings, her music also resulted in two recordings, “Sister Thea: Songs of My People” and “Round the Glory Manger: Christmas Songs and Spirituals.”

When Sister Bowman spoke at the U.S. bishops’ meeting in June 1989, less than a year before her death from bone cancer and confined to a wheelchair, she was blunt. She told the bishops that people had told her black expressions of music and worship were “un-Catholic.”

Sister Bowman disputed that notion, pointing out that the Church universal included people of all races and cultures, and she challenged the bishops to find ways to consult those of other cultures when making decisions. She told them they were obligated to better understand and integrate not just black Catholics, but people of all cultural backgrounds.

Boston Cardinal Sean P. O’Malley, who served as bishop of the Diocese of St. Thomas in the U.S. Virgin Islands from 1985 to 1992, said Nov. 14 that Catholics in his former Diocese “really revere Sister Thea and I’m really glad to see this coming to fruition.”

She also was the focus of books, including 1993’s “Thea Bowman: Shooting Star — Selected Writings and Speeches,” 2008’s “This Little Light: Lessons in Living From Sister Thea Bowman,” and 2010’s “Thea’s Song: The Life of Thea Bowman.”