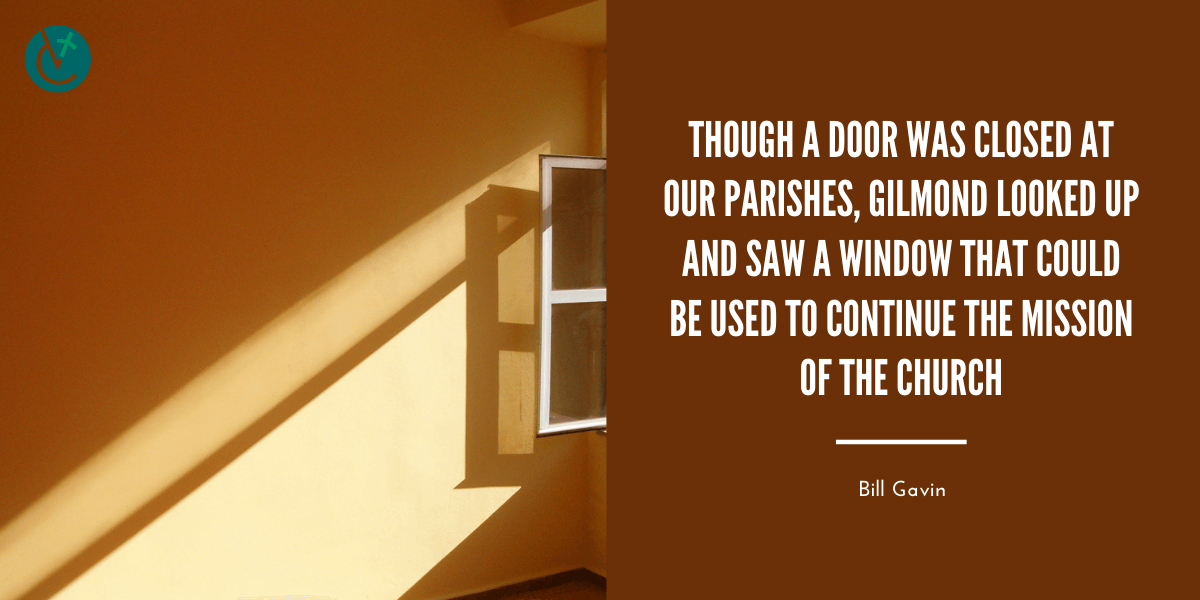 Pope Francis encouraged the faithful not to “waste these difficult days” during our current pandemic, but instead to use this time to be fruitful and discern how God can work even in the midst of these unprecedented times.

Jean Gilmond, a parishioner at Ascension Parish, heard this call and was encouraged to do something to advance the mission of the Church, particularly at her local parish. Once she realized that all 745 families were home during quarantine, she began, with (pastor) Father Henry Furman’s blessing, to call each family one by one — from both Ascension and St. Luke churches.  Gilmond then sent individual notes to each family during the course of several weeks.

Her inspiration came from Deacon Phil Lawson, executive director of evangelization, catechesis, divine worship, marriage and family and respect life for the Diocese of Burlington. He had told the Diocesan Lay Formation class to reach out to local pastors to see how they could help during the difficult days of the pandemic quarantine. Deacon Lawson said many parishes were doing phone trees to reach out to parishioners, especially the most vulnerable and elderly. Gilmond contacted Father Furman and, in coordination with Anthony Roselli, parish coordinator of evangelization and catechesis, began reaching out and calling all the parishioners.

Her experience was that most people were genuinely appreciative and touched by the concern the parish was showing to them.  She inquired as to how the church could help and if there was anyone they knew who needed support. She sees now how this particular question enabled individuals and families to look beyond their own plight and to see how many others were struggling as well.

She continues to see fruit from this outreach. The parish has received cards and notes saying what a wonderful difference it made to them during the height of difficulties. Some said that they had not been to church in a while but were now planning on returning.

Indeed, Father Furman reported a noticeable increase in the numbers of families, particularly young families, who have returned since the churches reopened.  One person said the parish voicemail came on a very challenging day and was a reminder of the love of the local church. Then, the same person noted that on the day she received the card in the mail she had been faced with another difficult situation that was made easier after she knew of the thoughts and prayers of the parish.

Gilmond says there have been countless occasions where this outreach has been mentioned in a way that ensures that it must continue.  Individuals particularly noted how important it was to get calls from Father Furman. His unique priestly care and concern was of the utmost value to so many in the community.

The biggest takeaways from this project were the everyday conversations Gilmond had with people, learning about common struggles and simply listening and learning.  She believes that the feeling of being cared for was a great fruit of this endeavor.

Prayer intentions were requested in a gentle and heartfelt way, and needs were assessed to see if the parish or parishioners could help in any way.  Most of all, it was about a human and intimate connection that built a bridge for future conversations, community and faith-building.

Gilmond says the next steps of this initiative have come from Rosselli: His idea is to reach out to all the residents of our towns by sending an image of Christ with a handwritten note.  The town clerk’s office in Georgia provided names and addresses for the entire town.  Gilmond is excited to be part of such a creative and tangible effort to evangelize and reach out to her local community.

She believes that other parishes can easily do something similar during this difficult time and encourages others to do the same. People are worried, considering their own mortality in ways they have never done before, and now is a perfect time to share the love and hope of Christ.

Though a door was closed at our parishes, Gilmond looked up and saw a window that could be used to continue the mission of the Church and spread the Good News of Jesus Christ.