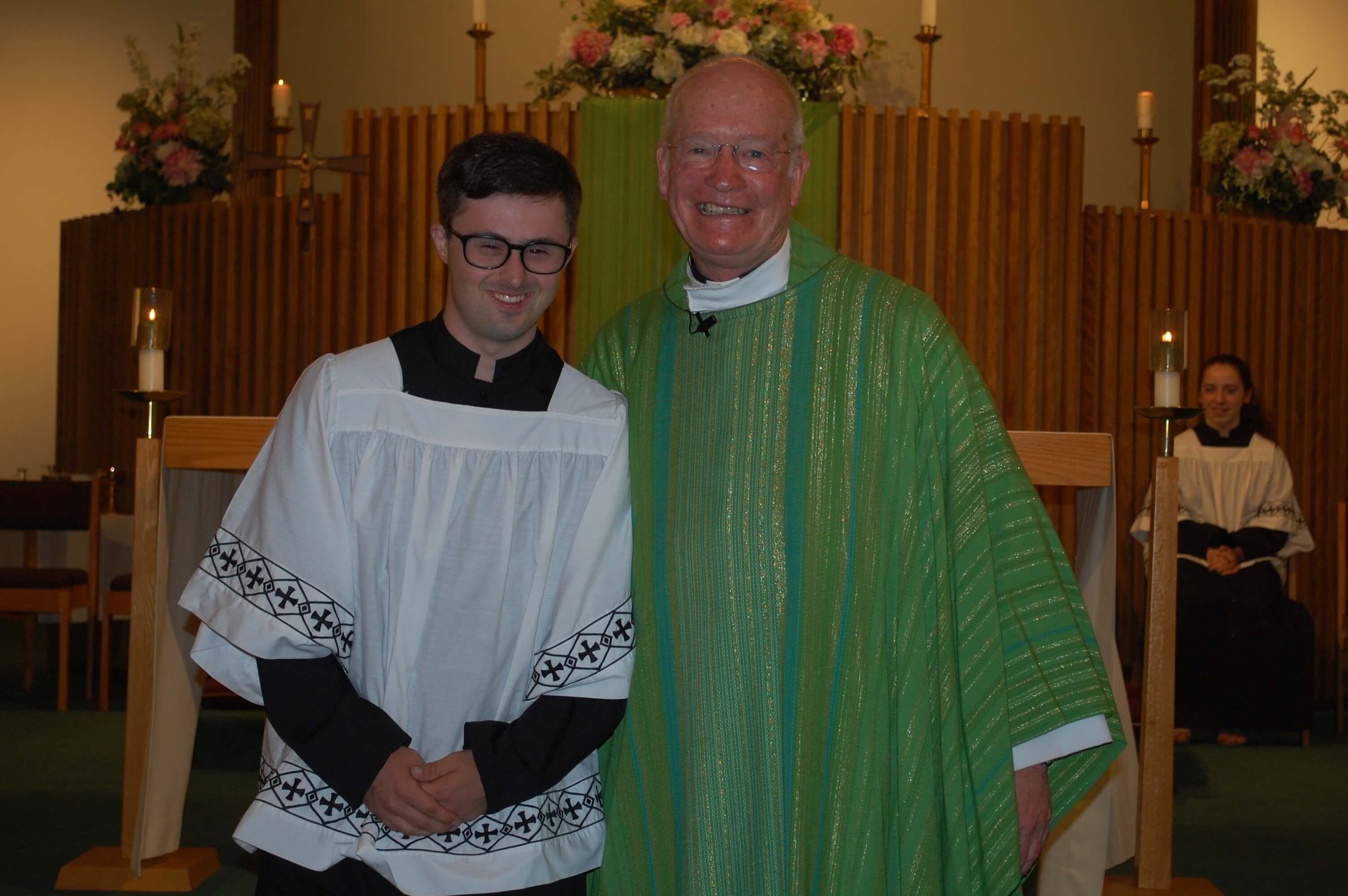 Change can be difficult.

But it can yield many benefits.

The churches are only a mile and a half apart and shared a history even before the two parishes became one: St. Lawrence was created from a portion of Holy Family.

Initially, “combining ministries made natural sense because it allowed not only for greater efficiency, but it allowed for a more vibrant parish,” said parishioner David Robideau. “When the actual merger of the two parishes took place, it was actually a non event in the eyes of most people because the two parishes had been sharing resources and combining ministries for about five years.”

“There was lots of overlap between the two parishes. … The merger simply made sense,” said then-and-current pastor, Edmundite Father Charles Ranges.

The official merger took place some 10 years ago.

“Things really didn’t change much, and I would say that it was lead to a stronger parish community,” Father Ranges said. “The parishioners take ownership of their churches, and change is always difficult. What I proposed was ‘How can we best serve the Catholics in Essex Junction and share the faith with others’?”

The fact that “things didn’t change much” calmed parishioners’ fears, especially that a church would close or that bequests would be transferred.

“Merging the two parishes was the right move,” Robideau said. The important aspect was how the two parishes were integrated: “If we had merely integrated the administrative components while maintaining two independent campuses that had separate ministries then we would not of achieved the same level of success in strengthening the Essex Catholic Community.”

“Parish consolidation is very difficult because of the natural tendencies of people wanting to hold onto their traditions,” Robideau said. “Father Ranges did a very good job having people focus on how can we ‘build up the Essex Junction Catholic Community.’ … Being united as one Catholic community was a positive step in this journey.”

Father Ranges is now also pastor of St. Pius X Parish in Essex Center, and he hopes it will merge with Holy Family-St. Lawrence Parish. “I often speak about the Essex Catholic Community as one family,” he said.

Edmundite priests who reside at nearby St. Michael’s College in Colchester assist him with Masses.