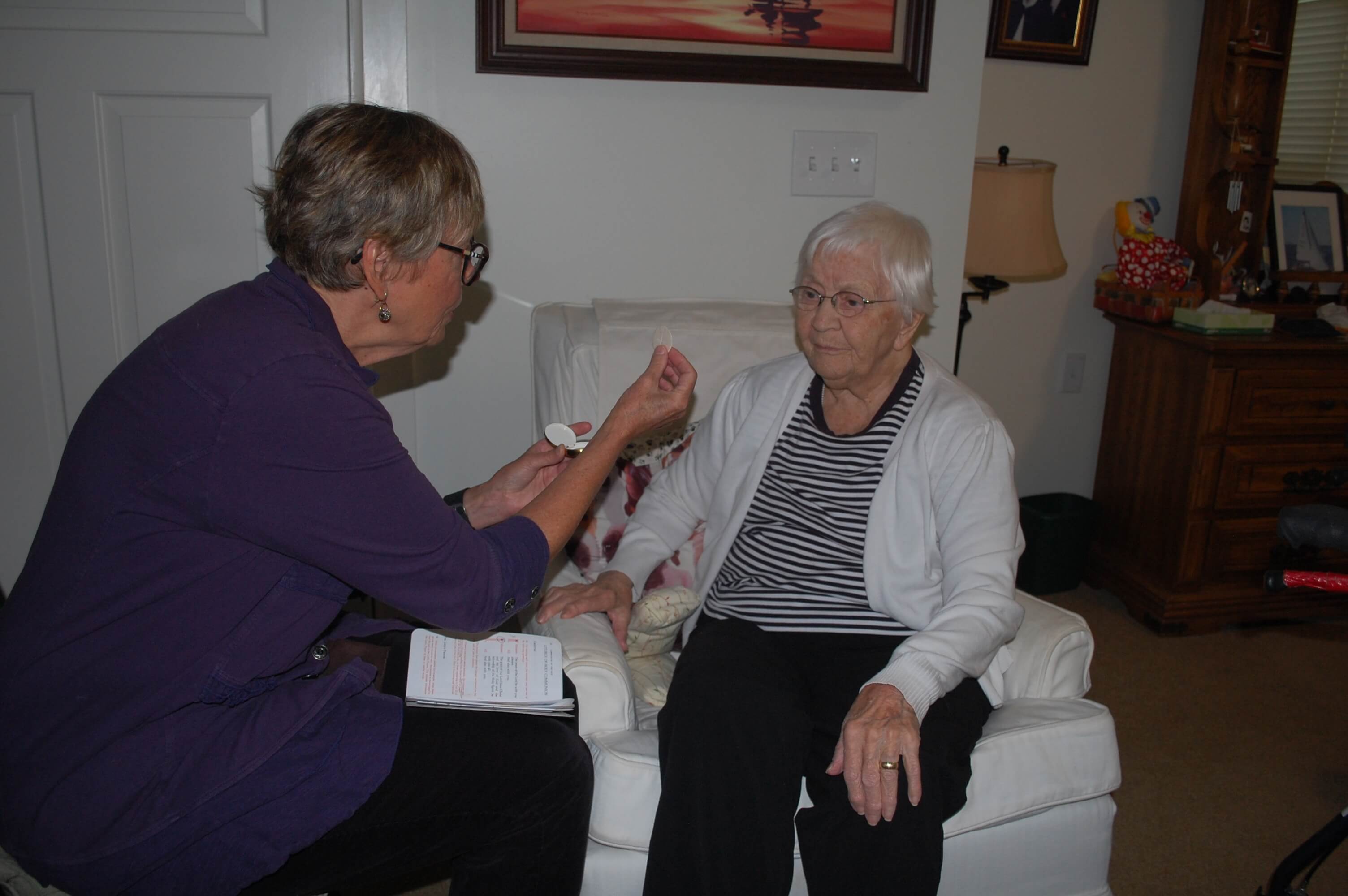 Ann Cousins, an extraordinary minister of Holy Communion at St. Catherine of Siena Church in Shelburne, pulled a chair up close to Joe Miraglia as he sat in his room at The Residence at Quarry Hill in South Burlington. She spoke gently and clearly, praying with him before giving him the Body of Christ.

Then, with him, she admired a framed papal blessing he had received for his 90th birthday.

Most importantly, Cousins brings the Sacrament of the Eucharist to Miraglia and other elderly parishioners, but she also brings a loving presence in the spirit of friendship.

“A love of God envelops both of us when I bring communion and spend time with people,” she said. “It’s a grace.”

She visits two people weekly at Quarry Hill and five people once a month at Wake Robin in Shelburne.

“You have God with you in a warm and special way,” Cousins told Barbara Vogel, another parishioner who lives at Quarry Hill after bring communion to her. “That is Holy Communion.”

“You’re very special to me,” Vogel replied after praying with Cousins and receiving the sacrament.

The two women knew each other from the parish before Vogel moved to Quarry Hill, and they enjoyed talking about old times and learning more about each other in the quiet room on a rainy afternoon.

Vogel said she appreciates Cousins’ visits to bring communion, which “gives me a closer tie to God.”

For Cousins, an historic preservation consultant who lives in Williston, it is a privilege to bring communion to those who can’t always get to Mass. “I have been given so much in the gift of faith,” she said. “Now I can be a handmaid of the Lord to take communion” to fellow parishioners.

She takes seriously the scripture passage from the Gospel of Luke: “From everyone to whom much has been given, much will be required.”

“I have been given the gift of faith,” she said. “I am called to be everything I can be,” including an extraordinary minister of Holy Communion.

Aside from being followers of Jesus and members of the early Christian community, Titus and Timothy [...]