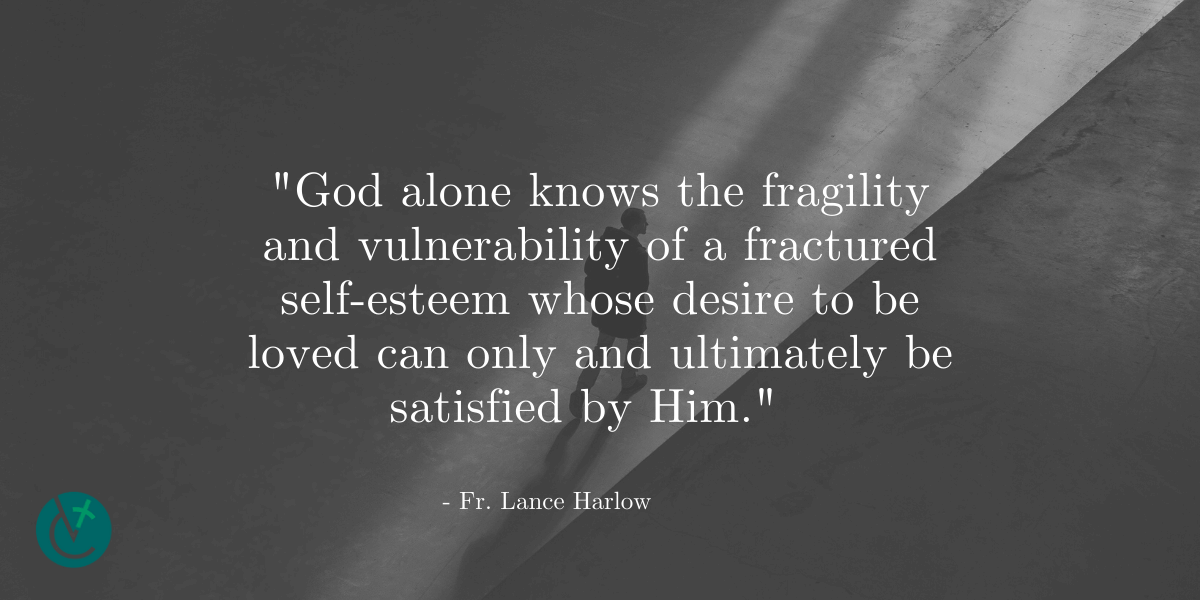 “More tortuous than all else is the human heart, beyond remedy; who can understand it?  I, the Lord, alone probe the mind and test the heart, to reward everyone according to his ways, according to the merit of his deeds” (Jer 17: 10).

What do you say to someone who says to you, “For eight years I was told by my foster family: ‘Your mother was a good-for-nothing and so are you. You’ll never amount to anything either’?”  True story.  A 20-year old homeless young man once told me this. It took him 10 months of knowing me before he could say it out loud.  After having been placed in foster care as a child, due to drug addiction at home, he grew up listening to this speech until he moved back years later as a teenager with those same parents (whose lifestyle had not changed, by the way).

Perhaps one of the most fragile aspects of a child’s development is the nurturance of a healthy sense of self-esteem.  I work a lot with the homeless population in downtown Burlington, both youth and adults.  It requires a lot of patience because one’s natural tendency is to want to “fix” people and then move on to the next task at hand.  The problem is that people are not easy to fix.  One of the reasons for that is that we don’t know them well enough — or we don’t know their souls well enough to fix all the elements and experiences which have been part of their formation — or their “malformation.”

At first glance one may look at their pattern of substance abuse and tell them to stop taking drugs, stop drinking, stop the promiscuity, stop the cycle of repeated sin. And that is true. The problem for us, though, is that we don’t always know what runs more deeply beneath their behavior. We don’t know that human heart that is winding and without clear direction, as God revealed to the prophet Jeremiah. Only He does. He alone knows the fragility and vulnerability of a fractured self-esteem whose desire to be loved can only and ultimately be satisfied by Him. But in His divine providence, He introduces into our lives those men and women who are most in need of His love that they may receive the affirmation of which they were deprived as children.

So many of the homeless youth with whom I interact feel deeply ashamed of their lifestyle and their decisions and despite the bravura of a colorful vocabulary (read: swearing); the sadness in their eyes betrays their exterior defensiveness and is a window into their soul.  Actually, many of them avoid eye contact and are always anxious about being yelled at. But they are so hungry to be loved and to be recognized and noticed as being loveable.

The young man of whom I am speaking further confided and said, “When somebody tells you for eight years you’re good-for-nothing, you believe it.  It’s all you know.” And I might add: Then one begins to act that way.

In ministering to such a vulnerable population, I’ve learned some important lessons: First, pray really hard for them. Two, treat what they say seriously and give them your undivided attention. Three, don’t take it too personally when they don’t trust you. Four, don’t yell even if their behavior is totally frustrating. Five, remember patience, patience, patience.  Fractured souls take time to heal.