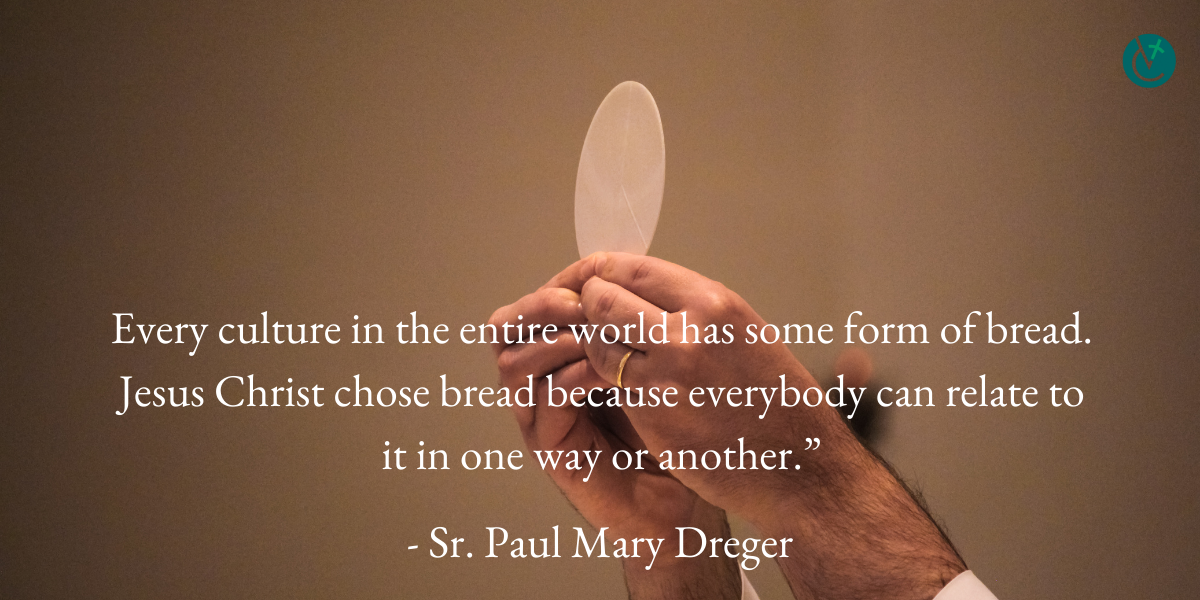 On the second Sunday of every month, Franciscan Sisters of the Eucharist gather at different times around the world to pray in front of the Blessed Sacrament. At any given moment, someone from their community is praying, and by the end of the day, a 24-hour Holy Hour has been made.

The sisters have locations in the Holy Land, Italy, British Columbia and the United States including Vermont. Sisters Paul Mary Dreger and Barbara Cline serve in the Green Mountain State, mainly educating people about the Eucharist.

“Our work is part of that Eucharistic devotion. To see Jesus Christ in the other and knowing that He is present there and working with people one on one to see who they are to love them where they are and then want to bring them forward into a deeper relationship with Christ,” Sister Dreger said.

She is a campus minister at the Catholic Center at the University of Vermont and regularly meets with students, teaches in the Rite of Christian Initiation of Adults program and works with the lectors on how to proclaim the word of God. Sister Cline works at St. Mark Parish in Burlington and prays with parishioners, talks about the Eucharist and helps people prepare to receive the Eucharist.

“I think some of the outreach of the Eucharist at least for me has become ‘how do we get people to really know the Eucharist? How do we draw them in?’” she said.

In 1973, their community was formed from the Franciscan Sisters of Perpetual Adoration. Despite the separation, their devotion to the Eucharist hasn’t changed.

“Our desire was to make the Eucharist better known,” Sister Cline said.

One way they share their love of the Eucharist is through food. Cooking, baking and sharing meals in their community are important because they involve spending time together and nourishing their bodies.

“To be able to feed the students or anybody that comes into the Catholic Center, there is a sense of community that it brings together,” Sister Dreger said.

The sisters have offered “bread retreats” in the past. During the retreats, participants had the opportunity to learn about the process of wheat and its unique forms from seed to flour to a loaf of bread.

“Bread is universal. So, every culture in the entire world has some form of bread. Jesus Christ chose bread because everybody can relate to it in one way or another,” Sister Dreger said.

And, she added, Jesus coming in the simple form of bread makes Him accessible and approachable.

“Who but God could have thought of bread?” Sister Cline added.

The significance of the Eucharist amazes her: “It is God with us. Jesus said that He would remain with us, and so many times people think that means at the end of time. No, He remains with us forever in the Eucharist. To me that’s just a phenomenal reality to think that God wants to stay with us, and He made it in such a way that He could.”

Share This Post
Vocations, Eucharist, Catholic Center, University of Vermont, Franciscan Sisters of the Eucharist
See More
Last Article
Abortion ballot initiative would also give minors right to gender transition, bishops warn
Next Article
‘Can’t not do it,’ says Sister Prejean of her fight to end death penalty
Back to Vermont Catholic Magazine