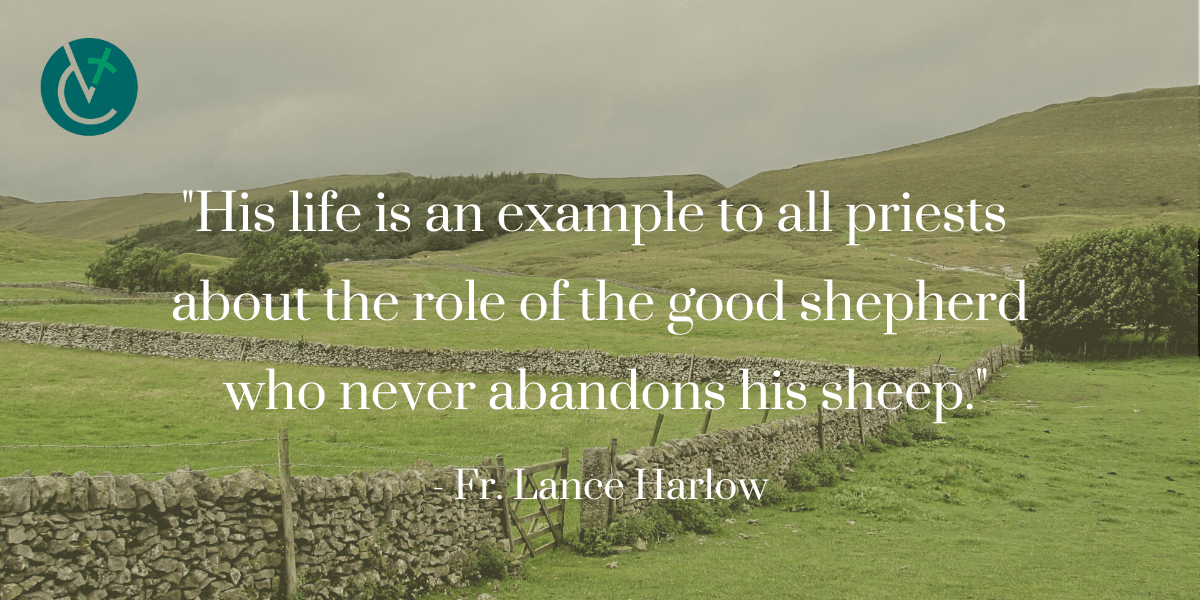 Four years before becoming the first bishop of Burlington, Father Louis de Goësbriand, then vicar general in the Diocese of Cleveland, was sent to Sandusky, Ohio, to aid men and women who were sick and dying from the cholera epidemic of 1849. In every century, priests have been on the front lines in caring for the sick, especially during plagues, epidemics and pandemics. Not only was he there to provide the sacraments for the sick and dying, but he was also entrusted with providing care for children orphaned by parents who had died of cholera.

He relates the following from his mémoirs written just a few years before he died: “Among the cities that suffered the most from cholera in Ohio towards the end of 1848, I must mention the city of Sandusky on Lake Erie. … The bishop of Cleveland [Amadeus Rappe] had no other priest to send there than his vicar general and here I am in the midst of the victims of this terrible plague. I had already probably seen before some cases of Asiatic Cholera, but here it raged in all is fury. One could hear everywhere the howling of cholera victims tormented by cramps. The streets were deserted. People were fleeing outside the city when they could and it was as impossible to find people to take care of the patients as it was to find gravediggers to bury the dead.

I have never seen a similar desolation. Several times it became necessary to bury up to 30 bodies in a common tomb without even a coffin to receive their bodies. The priest had to renounce celebrating Mass, saying his Breviary, even the recitation of the prayers of the Church for the dead. … The spectacle that tore one’s heart was to see the orphans, still young abandoned of everything, beside the houses from which death had taken all the inhabitants.”

The future Bishop de Goësbriand found assistance in Catherine Bissonnette, a 25-year-old woman who helped him establish an emergency orphanage. But first, he had to travel by coach and ferry to meet her. At the ferry, the officials were afraid to let him board: “I remember that arriving at the ferry it was necessary to argue things over before they would let me pass for the name alone of San-dusky, whence I was coming, caused terror everywhere.” Eventually with her help, he acquired a large house. In order to furnish it, he went aboard an abandoned ink boat in the bay and “appropriated” the sheets, blankets and other items.

More than 400 people died in Sandusky during the 1849 cholera epidemic, 120 of whom are buried in the Catholic cemetery. Father de Goësbriand cared for the sick, the dying and the orphans. He never waivered or fled despite the horrors of suffering and the unimaginable sadness of so many orphaned children. His life is an example to all priests about the role of the good shepherd who never abandons his sheep.

Share This Post
Father Lance Harlow, Evangelization and Catechesis, Bishop de Goësbriand
See More
Last Article
Are you fascinated and captivated by Jesus Christ?
Next Article
Year with the Saints continues during pandemic
Back to Vermont Catholic Magazine