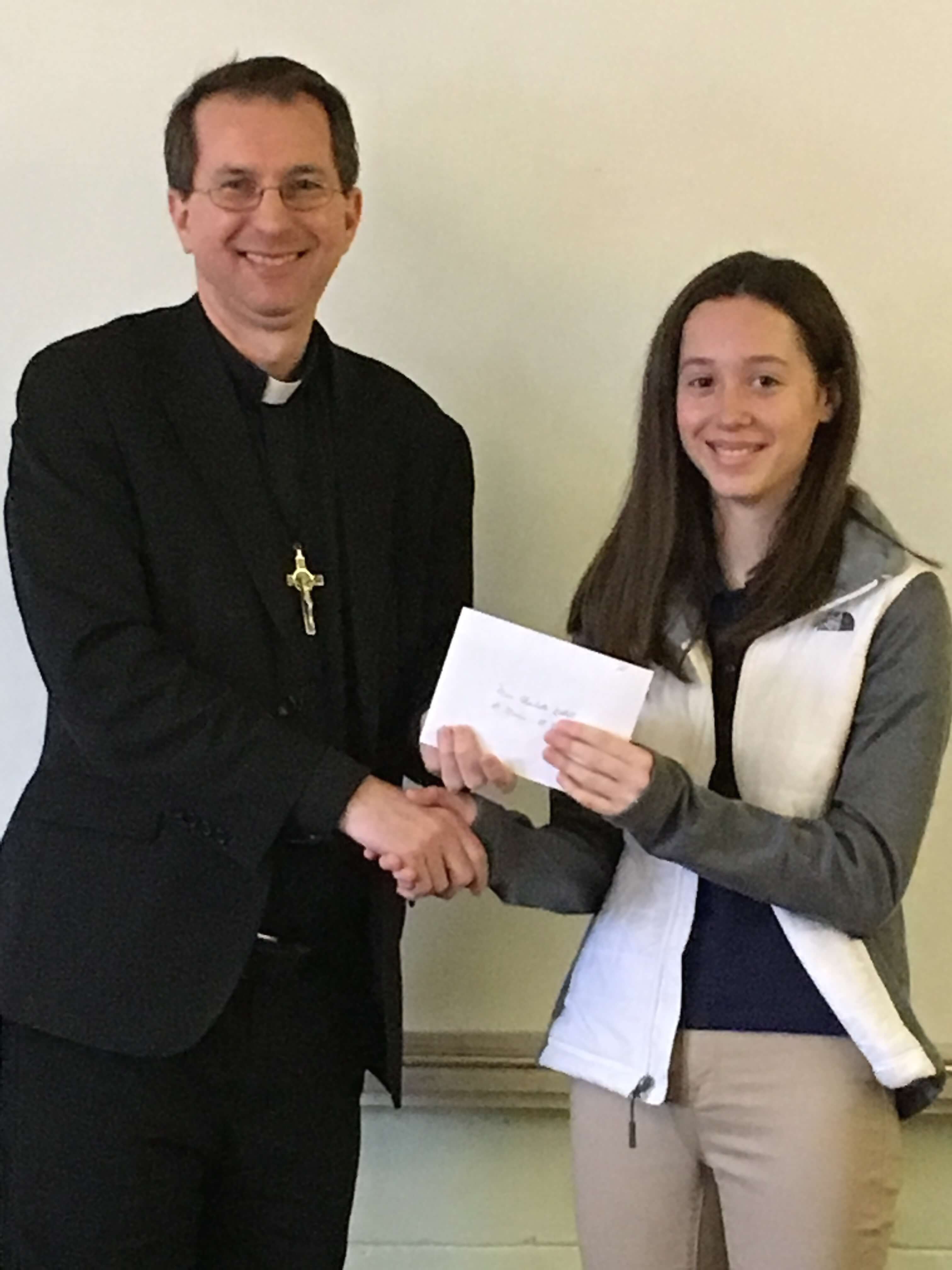 Charlotte Kellett, a seventh-grade student at St. Monica-St. Michael School in Barre, won first prize of a $125 Amazon gift card in Father Lance Harlow’s St. Nicholas Project. This was a writing contest for the Kurn Hattin Homes for Children in Westminster.

The Barre Catholic school submitted 18 essays that were among the 48 from Vermont Catholic middle schools.

Essays described the Kurn Hattin Homes support for children and included at least one social issue, as well as a fundraising or publicity ideas to help the children.

Charlotte’s essay will be published in the Kurn Hattin Homes Magazine.

Kurn Hattin is a boarding school that helps children who have social issues to grow into successful and productive adults. They help the children grow physically, intellectually, emotionally and socially. The core values taught at Kurn Hattin to their students are: perseverance, nurturance, hope, compassion and a sense of worth.

They want to turn these children’s lives around and give them a better life to help prepare them for adulthood.

Kurn Hattin was founded by Charles A. Dickinson. His goal was to create a safe place for young boys and girls to live, go to school and grow up to become intelligent and functional adults. Charles wanted to get children that had an insecure home away from their abusive situations and into a loving and nurturing environment.

Today the children are surrounded by caring and loving adults. At Kurn Hattin they

partake in activities that a typical New England child would take part in, such as: attending school, swimming, playing games, building snowmen and going to church.

At Kurn Hattin their core purpose is transforming the lives of children and families,

which is guided by their core values. They teach them to never give up and always try their best, to take care of their bodies, minds and spirits and to make the world a better place by having compassion for themselves and for others.

They show them that hope will carry them through the hard times and beyond. And they also teach them sense of worth. That they matter and to find, accept and live their passions without regret.

Every child needs to be taught these values in life, and some children are not getting the love and nurturance that they need. This is why Kurn Hattin is there to take these children under their wing and provide them with a better life that they deserve.