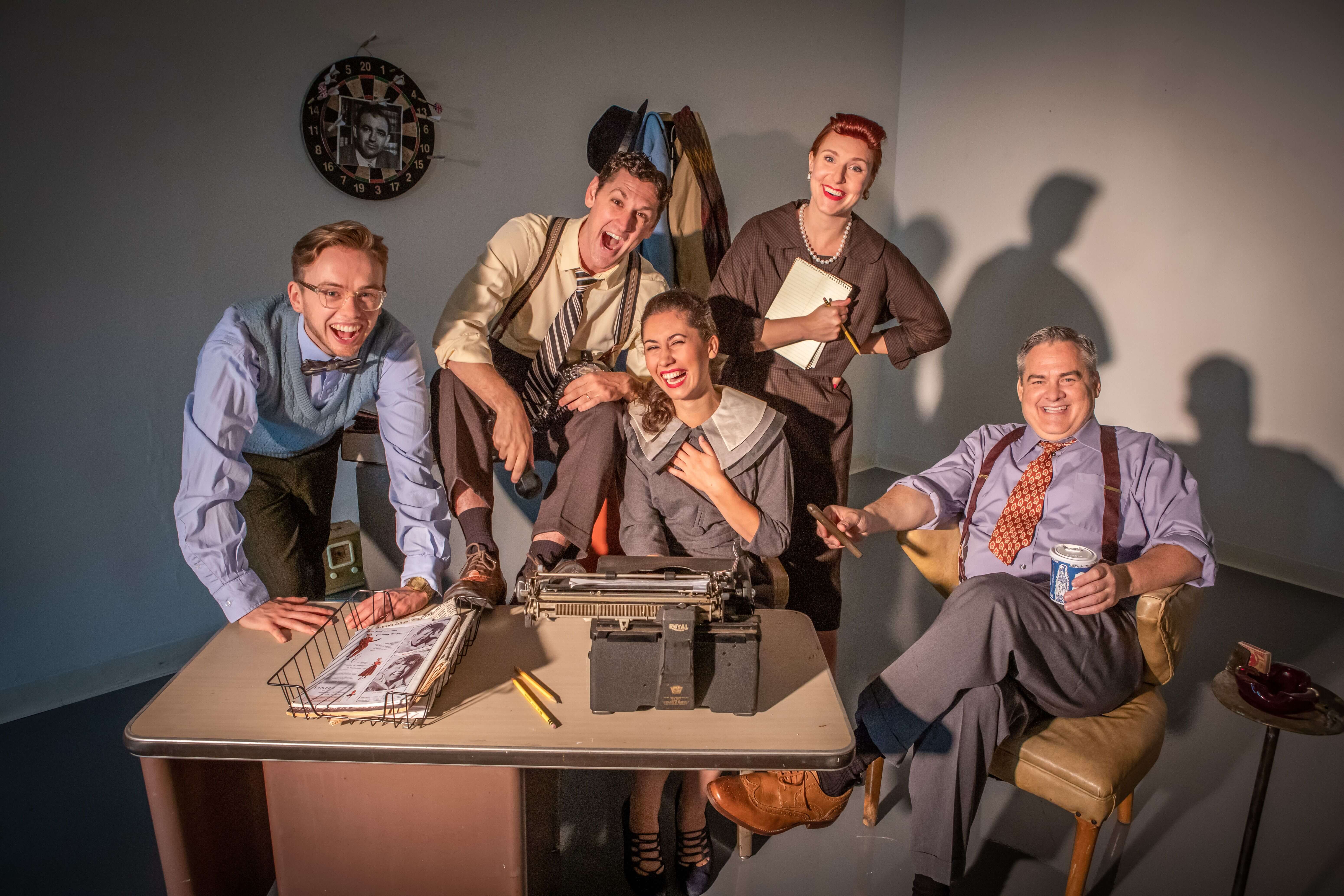 ‘Laughter on the 23rd Floor’

On July 31 Neil Simon’s comedy, “Laughter on the 23rd Floor,” will open at St. Michael’s Playhouse in Colchester.

It is directed by Catherine Doherty who has directed numerous SMP productions including “You Can’t Take It With You”,” See How They Run” and “The 39 Steps.”

This is Simon’s tribute to his early career as a TV writer alongside comedy legends Carl Reiner and Mel Brooks. “Laughter on the 23rd Floor” follows the rollercoaster antics in a not-your-average 1950s writers’ room as comedy writers frantically attempt to please their larger-than-life boss of a weekly comedy variety show.

Set backstage at “The Max Prince Show,” a fictional TV comedy series in Manhattan in the early ’50s, “Laughter on the 23rd Floor” is somewhat of a continuation of his trilogy “Brighton Beach Memoirs,” “Biloxi Blues” and “Broadway Bound,” which ended with the young narrator beginning his career as a comedy writer at a TV show in New York City.

Ticket prices range from $39 to $46 and may be purchased online at saintmichaelsplayouse.org or by calling 802-654-2281 or visiting the walk-up window in the lobby of McCarthy Arts Center.

For a complete show schedule and more information, contact the theater box office directly at 802-654-2281 or visit saintmichaelsplayhouse.org.