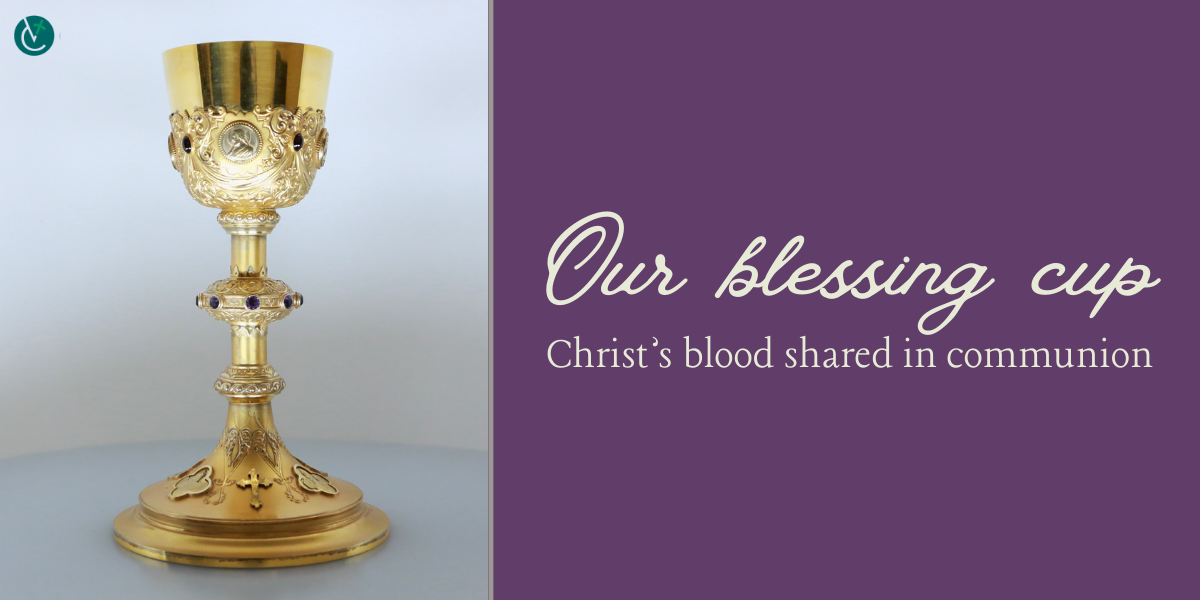 Among the vasa sacra of the Roman Catholic liturgy, the cup — the sacred vessel used in the celebration of the Eucharist to contain and share the wine transformed into the most precious blood of Jesus Christ — has been widely documented in scholarly literature.

Some of the first chalices were likely made of glass or ceramic, but because of regulations against various other materials, it is thought that horns were also used. Chalices were once quite large to allow many people to consume from them but decreased in size by the Middle Ages as they were meant only for use by the clergy.

The laity relied more on seeing the elements of consecration, and chalices eventually became artfully and elaborately decorated — aspects that have contributed to the history of ecclesiastical art.

In the early days of Christianity, there were no regulations on materials for eucharistic vessels, but regulations have existed since the 8th century because only the most precious materials were worthy of holding the blood (and body) of Christ. Decreed in Concilio Remensi (Council of Reims, A.D. 847), the blood (and body) of Christ “shall be sacrificed in vessels of silver or gold, or because of poverty in such of tin that will not get verdigris; but not in such of wood or bronze/brass. They shall not be of glass because of the risk of spilling; not of wood because, as it is porous and like a sponge, it would absorb the blood; not of copper or brass because they get verdigris through the wine or cause nausea.”  To this day, gold and silver are prescribed and preferred because of their durability.

The archives of the Diocese of Burlington contain historical materials pertaining to bishops, the chancery, parishes, diocesan offices, institutions, personal papers, audiovisual materials, photographs and a diverse collection of relics. Additionally contained therein is a visually impressive collection of chalices. While we do not exactly know when the archives began collecting chalices, we do understand that some have been brought to the archives upon the deaths of bishops or priests or church closures or were gifts from religious orders or other diocesan institutions.  Some have a detailed provenance while others have a lesser-known background.

When men are ordained to the transitional diaconate in the Diocese of Burlington, we expect that some will contact the archives to view the collection of chalices and ponder which one to choose for use once they are ordained to the priesthood. Others may receive them as ordination gifts.

Beginning in 1989, this kind of permanent loan program has offered transitional deacons a previously owned chalice as his personal chalice. Once a choice is made, the chalice is often replated with yellow gold or white gold plating, depending on personal preference. If available, a full provenance is provided, adding to its distinction not only to “Do this in memory of Me,” as Christ instructed during the Last Supper, but also to remember in prayer the priest who erstwhile consecrated wine and shared Christ’s blood.

During this Year of Communion: Unity in Worship, Creed and Life, we give thanks for the opportunity to receive and witness the real presence of Christ in the Holy Eucharist.

—Kathleen Messier is the assistant archivist for the Diocese of Burlington.  For more information, email Archives@vermontcatholic.org.