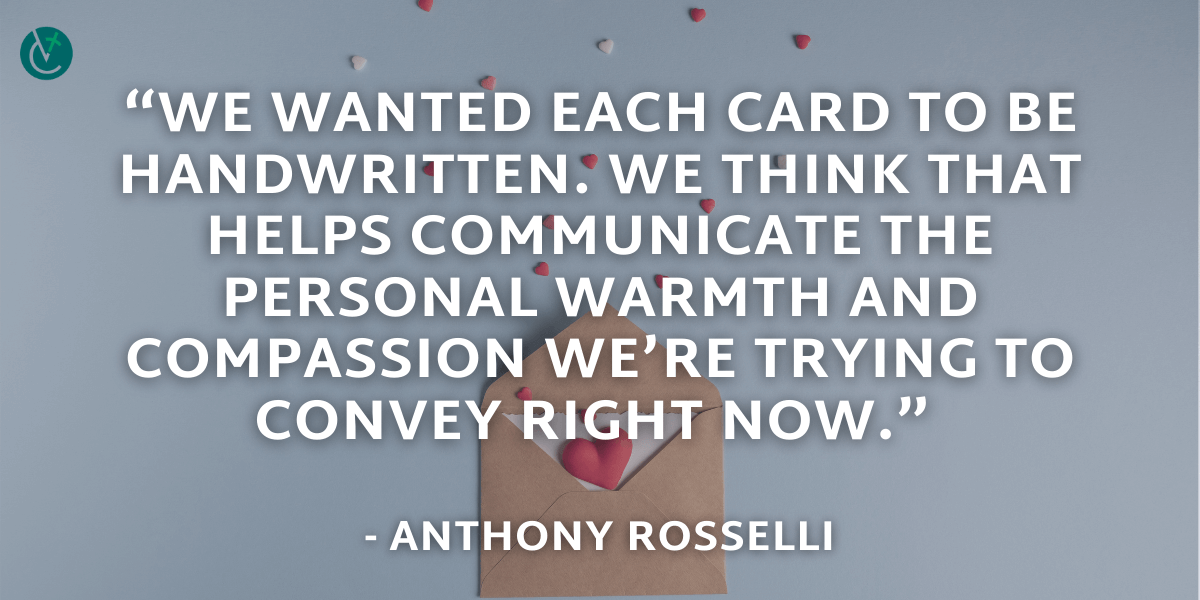 During the initial Covid-19 lockdown, Jean Gilmond of St. Luke Parish in Fairfax wrote notes of encouragement to all parishioners. That inspired Anthony Rosselli, director of evangelization for St. Luke and Ascension (Georgia) parishes to begin the “Postcard Project.”

It’s a way for the churches to connect directly with the towns of Fairfax and Georgia to bring the face of Jesus into homes.

Rosselli is hoping to send a postcard to every address in Fairfax and Georgia: The front features an icon of Christ’s face, and the back is blank except for the parishes’ logo/contact information. There parishioners are writing a message of support to let persons know that church members are praying for them, are in solidarity with them and are there for them in the midst of the pandemic.

The two towns have a combined population of nearly 10,000, and cards had been sent to more than several hundred households as of mid-October thanks to the efforts of about 30 volunteers who write the same message on each card.

“We wanted each card to be handwritten. We think that helps communicate the personal warmth and compassion we’re trying to convey right now,” Rosselli said.

So far, the response has been positive: Numerous persons have called the parish office to say thank you for the cards. One man said card made him feel like he was part of a community that cared for one another. Another was so touched he was thinking about returning to church.

Share This Post
Evangelization and Catechesis, Georgia, St. Luke Parish, Fairfax, Anthony Rosselli, Ascension Parish, Postcard Project
See More
Last Article
Is that all there is? When a 10-best movie list can’t get to 10
Next Article
Catholic charity flows from Eucharist
Back to Vermont Catholic Magazine