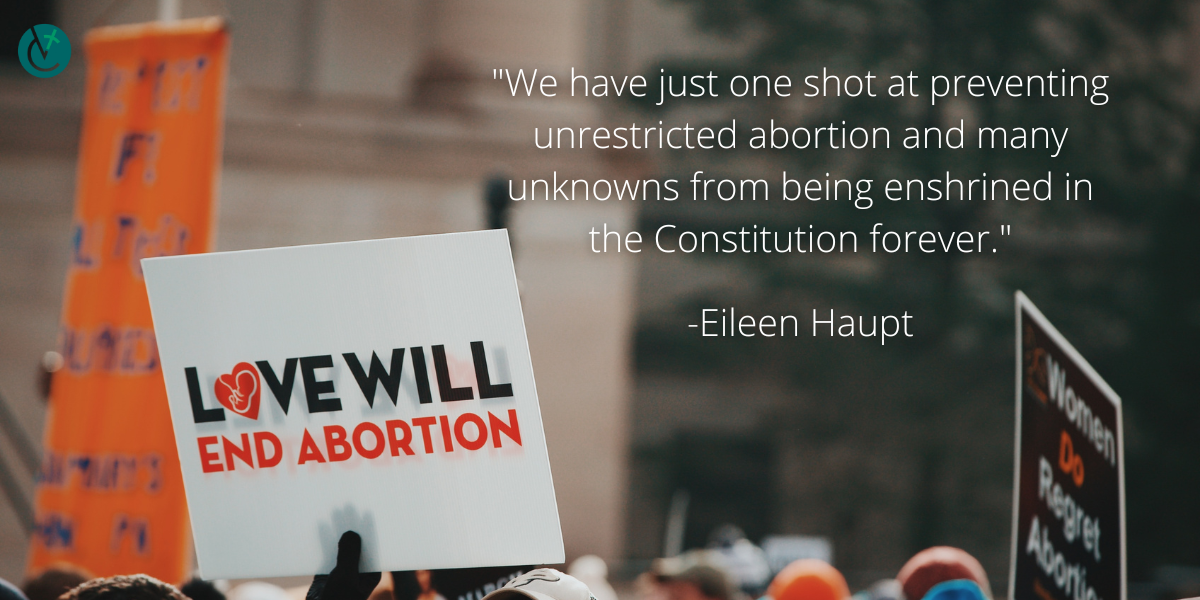 Prop 5/Article 22 – Not just about abortion

“Dear brothers and sisters, every human life, unique and unrepeatable, has worth in itself. It has an inestimable value. And we must proclaim this always anew, with courage in our words and in our actions.”  — Pope Franci, on the 25th anniversary of “Evangelium Vitae” (“The Gospel of Life”)

A proposed amendment to the Vermont Constitution will be on the ballot in the general election on Nov. 8.  If approved by voters, it will likely have serious repercussions on many areas of Vermont life.

Titled “Proposal 5” (or “Prop 5”) during the legislative phase of the amendment process, the proposed amendment will appear as “Article 22” on the ballot. Voters will be asked to vote yes or no on the question to amend Chapter 1 of the Vermont Constitution with the following language:

That an individual’s right to personal reproductive autonomy is central to the liberty and dignity to determine one’s own life course and shall not be denied or infringed unless justified by a compelling State interest achieved by the least restrictive means.

Though the word “abortion” does not appear in the amendment language, it is widely understood that “personal reproductive autonomy” includes unrestricted abortion, throughout all months of pregnancy, and that it would become a constitutional right in Vermont if Article 22 is approved.

Legislators supporting the amendment have stated that “personal reproductive autonomy” also includes the right to pregnancy, contraception, sterilization and even vasectomies for men. The vague term might also include gender transitioning therapy/surgery, cloning, embryonic stem cell research and things not yet imagined. The reality is that it is not clear what it means.

A constitutional amendment is not necessary to make all the above-mentioned treatments and procedures legal in Vermont; they already are. But raising their status to the level of constitutional rights may result in:

What You Can Do

— Originally published in the Fall 2022 issue of Vermont Catholic magazine.

Share This Post
Respect Life, Prop 5, Article 22, Eileen Haupt
See More
Last Article
Book review: “The Freedom of Missing Out: Letting Go of Fear and Saying Yes to Life”
Next Article
Remembering what it means to be a eucharistic people
Back to Vermont Catholic Magazine