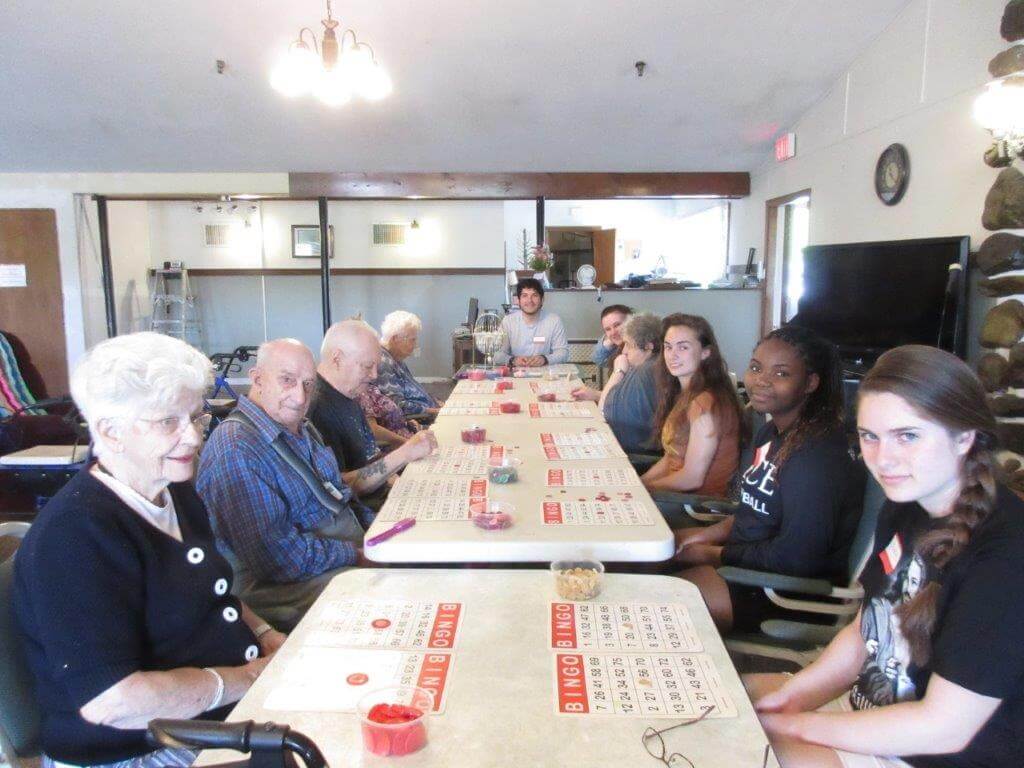 Students from Rice Memorial High School in South Burlington spent several days in the Northeast Kingdom where they assisted with Vacation Bible School at St. Edward Church in Derby Line and visited residents of Michaud Manor there.

The June visit was a service opportunity and a way for intergenerational connection and learning. “Both generations enjoyed the exchanges and thanks went both ways,” said Mary Beth Medwid, activity director at Michaud Manor, an elder care home operated by Vermont Catholic Charities Inc.

While at the Michaud Manor, students played catch, beanbag toss and bingo with residents, sang and played piano and guitar, visited with residents in groups and with some individually in their rooms. They played trivia in the lobby where some residents congregate and did jigsaw puzzles. They played cards and were ready to help in any way.

“Two students came up to my room and asked if there was anything they could help me with,” said one resident who had a group of photos and paintings done by a friend that she had been wanting to hang on her walls. “I told them they could hang them while I joined a group of students and residents in conversation on the sun porch. I was so surprised and delighted when I saw what a beautiful job they did.”

Another resident, a former teacher at Rice Memorial, said the school has a special place in her heart. “I was delighted with the student’s visit and so happy to share my yearbook with them to see if they could find relatives who may have attended when I was there,” she said.

“They were an awesome group of kids — caring, kind, responsive and responsible, interested and interesting,” Medwid said.

“The visit was very good, but it went too fast,” another resident commented.