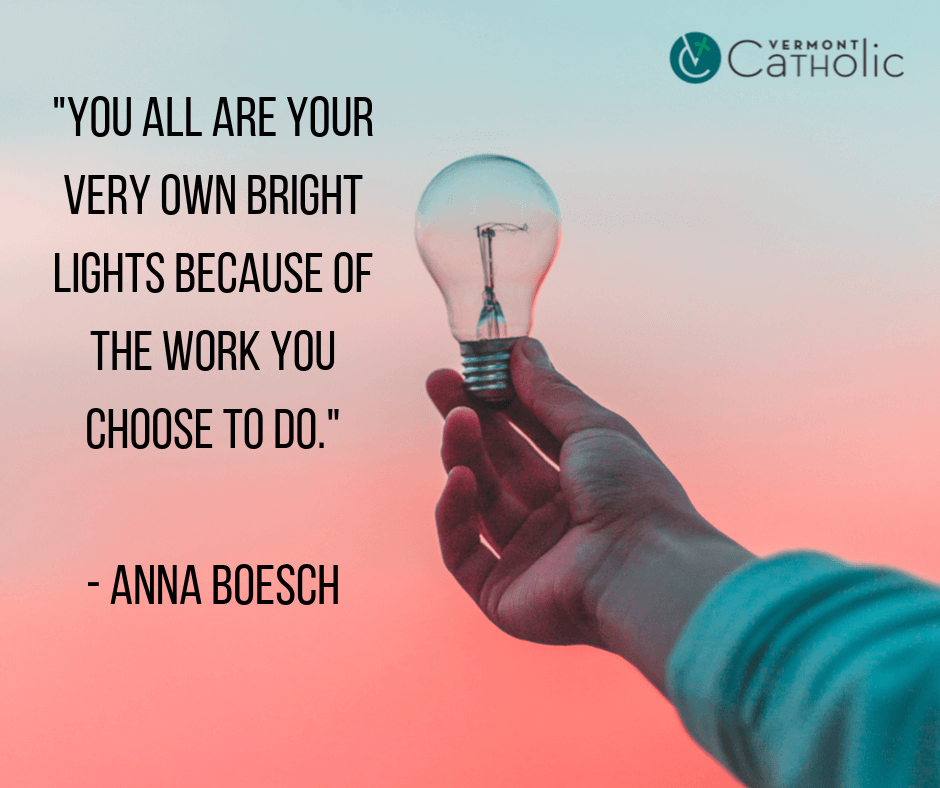 St. Michael’s College students on the ‘move’ to serve

About 50 students and staff members from St. Michael’s College in Colchester did something decidedly positive nationwide earlier this year.

That’s five trips with 10 participants each, including a volunteer staff/faculty leader per trip representing a wide range of St. Michael’s offices and departments.

The Society of St. Edmund is the founding religious order of St. Michael’s College, and some of their priests have led previous trips and helped organize the recent ones.

“There’s a lot of complicated things happening in the world right now and you all are your very own bright lights because of the work you choose to do,” Anna Boesch of the MOVE Office staff told a gathering of the volunteers after they returned.

The Louisiana group focused on housing, security, mentoring and food security with Habitat for Humanity/Big Brothers Big Sisters and New Orleans Mission; in Buffalo, volunteers worked with middle school students in Jesuit-based Nativity Network for the underprivileged; the Kanab group advanced animal rights at Best Friends Animal Sanctuary; and the Beaumont group pitched in at a food shelf and did some alternative environmental work.

In Immokalee, participants worked with the local Habitat for Humanity, building homes for the migrant workers in the community, and helped at an afterschool program at a school with children of migrant farm workers.