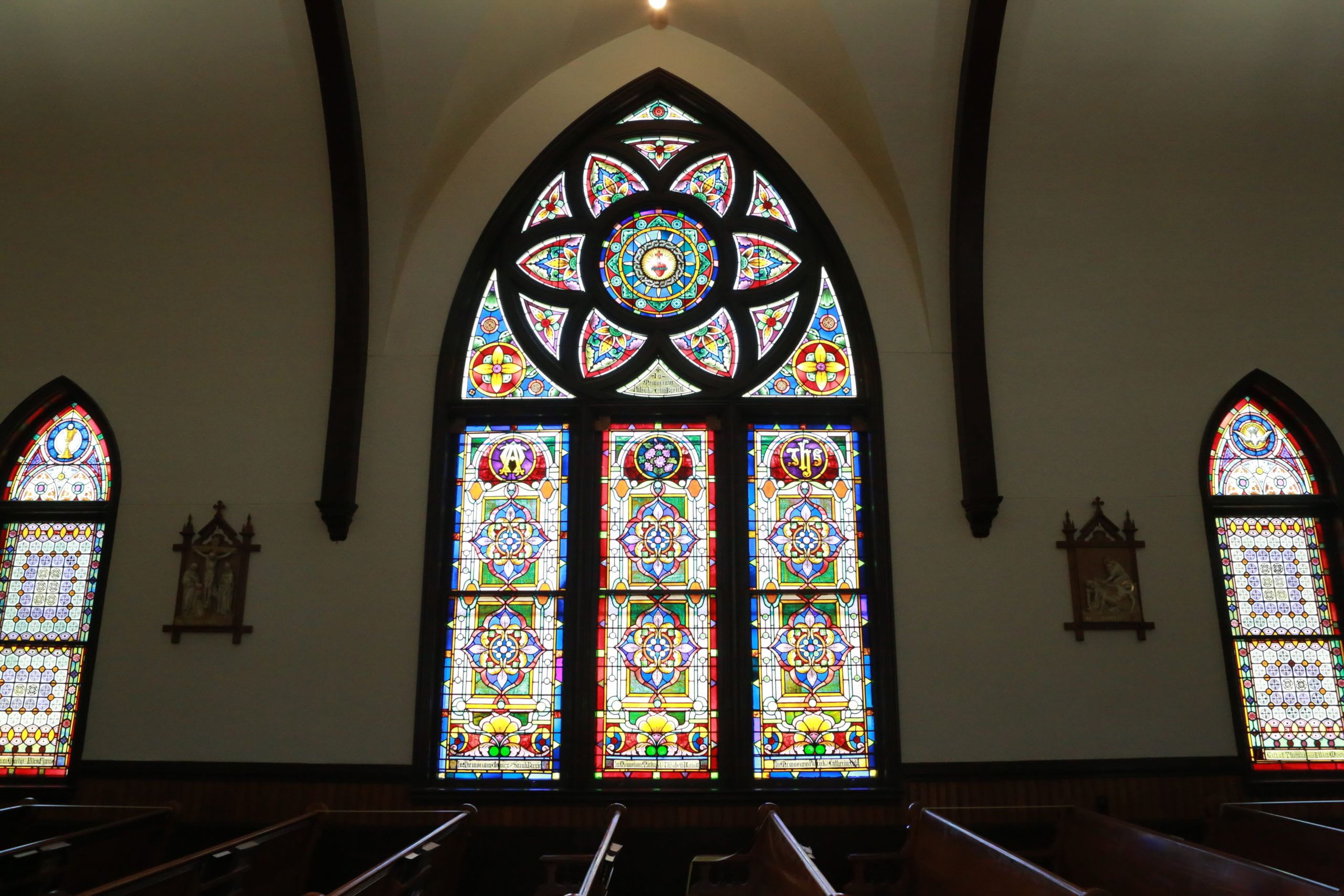 St. Thomas Parish was one of the first in the Diocese, founded in the 1850s. The present church was built in 1891 in the neo-gothic style popular at the time. For the past four years pastor Father Chris Micale has been working with parishioners to meticulously restore the church which had fallen into disrepair. He credits St. Thomas and St. Joseph for coming through with many generous donors and craftsmen who have facilitated the restoration.

Poor St. Thomas! One moment of totally understandable incredulity and this faithful disciple has been known ever since as “Doubting Thomas.” However, his skepticism soon turned into an undeniable profession of utter faith; when he encountered the risen Christ a week later, he could not help but proclaim, “My Lord and my God.” And Jesus’ response has reverberated down the ages, for it seems He is speaking directly to us: “Have you come to believe because you have seen me? Blessed are those who have not seen and have believed” (Jn: 20:29).

Despite this incident, Thomas would end up being one of Jesus’ most faithful followers. Tradition infers a great deal about what happened to him following the Pentecost. It is very likely that he ultimately left the Holy Land to evangelize the Malabar Coast of India where, to this day, many of the native population refer to themselves as the “Christians of St. Thomas.”

Some sources say that he built the first church in India and that he offered to build a palace for an Indian king, which “would last forever.” However, Thomas did not build the physical structure the king expected; instead Thomas gave the king’s money to the poor, explaining that the palace he was building for him was in heaven, not on Earth. For this reason, he is known as the patron of architects as well as of India.

Thomas was martyred in India around the year 72; his feast day is celebrated July 3.