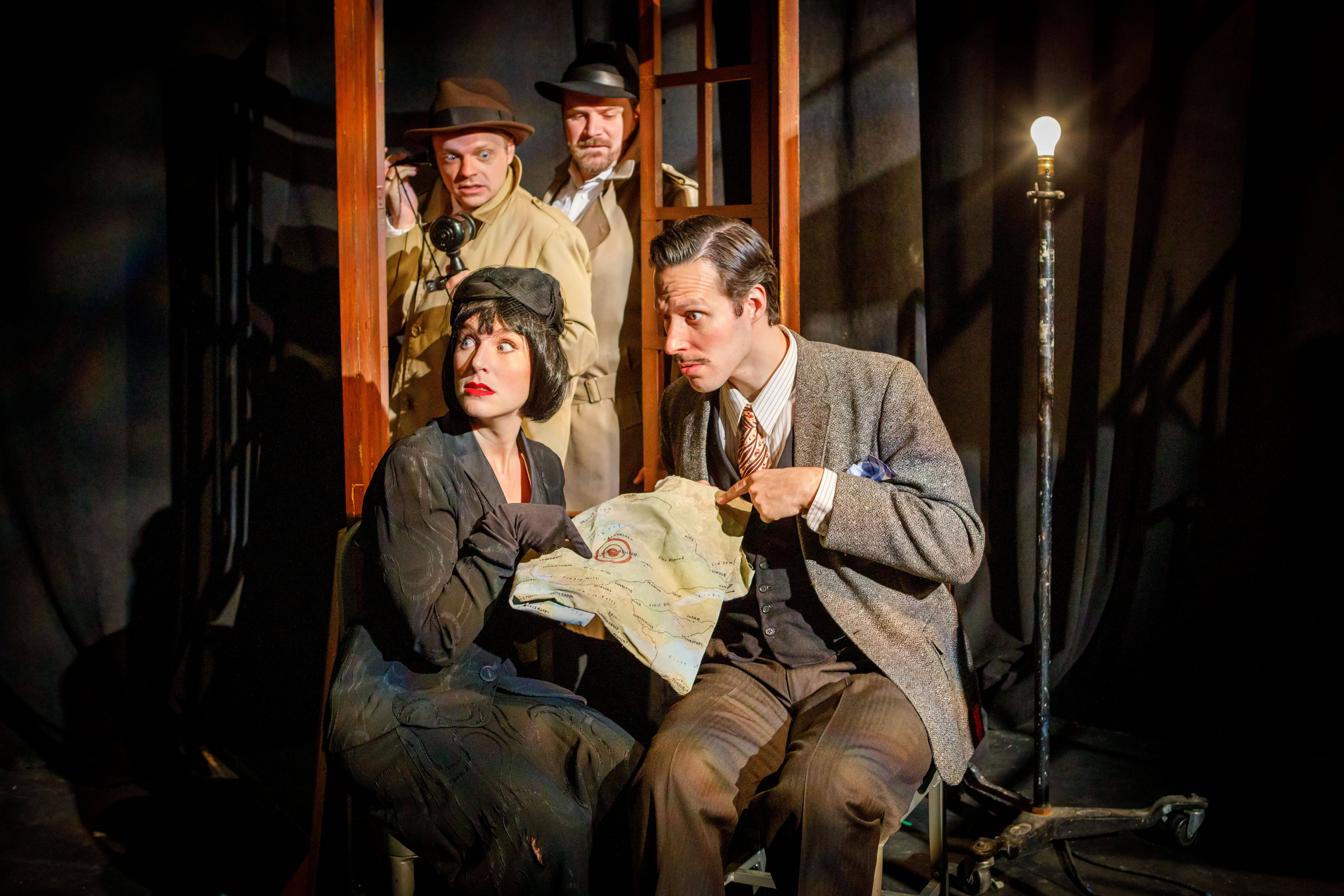 ‘The 39 Steps’ at St. Michael’s Playhouse

The critically acclaimed 2007 Olivier Award-winner for Best New Comedy is the second production of the Playhouse’s 2019 summer theater season.

Alfred Hitchcock’s The 39 Steps is adapted by Patrick Barlow and directed by Catherine Doherty. The production is based on an original concept by Simon Corble and Nobby Dimon and on the book by John Buchan.

Mix an Alfred Hitchcock masterpiece with a juicy spy novel, add a dash of Monty Python and you have Patrick Barlow’s The 39 Steps, a fast-paced comedy for anyone who loves the magic of theater. With equal parts hilarious whodunit, espionage thriller and quick-change comedy this Tony Award-winning treat of nonstop laughs is packed with more than 150 zany characters played by a cast of four.
Seeking a frivolous night out at the theatre, Richard Hannay is lured into a world of intrigue by a mysterious woman claiming to be a spy. When she winds up dead in his flat, he flees London with the police hot on his trail.

St. Michael’s Playhouse is an Actors’ Equity Association theater company that produces its productions with theater artists from Broadway, Off-Broadway, and regional theater nationwide, along with Vermont-based professional actors, directors and designers. Actors’ Equity Association is the union of professional actors and stage managers in the United States. Tobin adds “We rehearse our shows right here in our theater and design and build our scenery, costumes and props on location with our crew of approximately 70 professional theater artists.”

Remaining mainstage plays of the 72nd Season are The 39 Steps, I Love You You’re Perfect Now Change, and Laughter on the 23rd Floor. Single ticket prices range from $39 to $46.

For a complete show schedule and more information contact the theater box office directly at 802-654-2281 or visit us at saintmichaelsplayhouse.org. St. Michael’s Playhouse is located at One Winooski Park, Colchester.