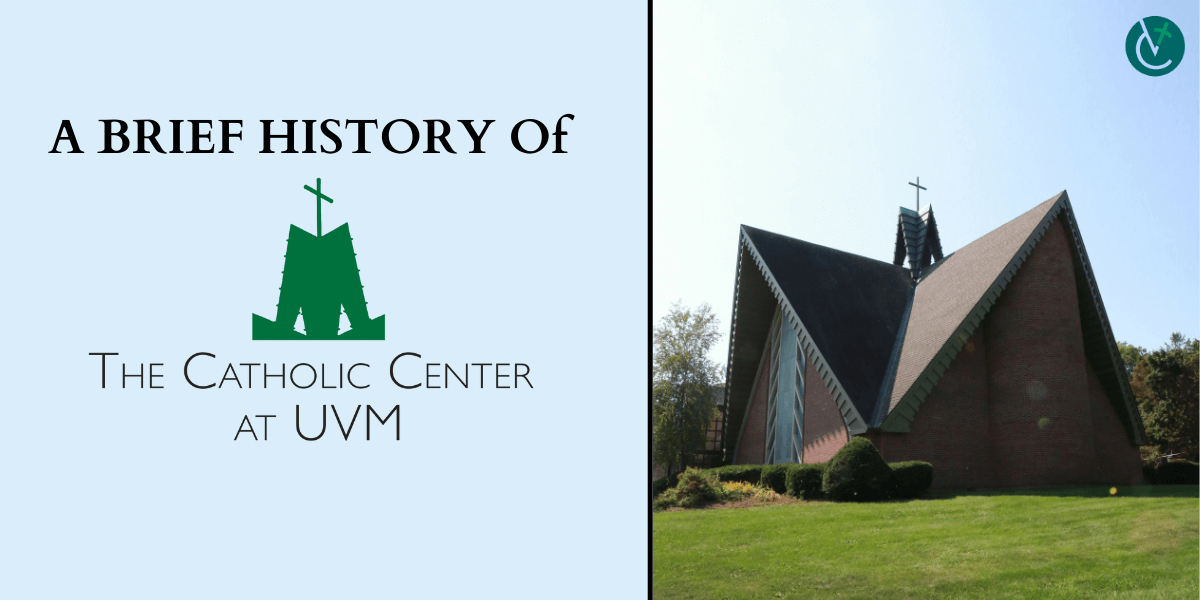 The Catholic Center at the University of Vermont

Throughout its 56 years of presence on the University of Vermont’s Burlington campus, The Catholic Center has undergone a few changes.

In 2000, a campaign for the expansion of The Catholic Center was launched under the direction of then-chaplain Msgr. Michael DeForge. The campaign provided the funds to renovate the existing structure, upgrade the heating system, replace the roof, renovate the second story and update the communal areas without too great an impact on the original construction. The expansion was completed and rededicated by Burlington Bishop Kenneth Angell in 2001.

Now 20 years later, the Catholic Center is having another rededication to thank past donors and share the fruit of its ministry.

“We thought it was a good time for us to look back on the last 20 years to see how much has been accomplished precisely because of the expansion that took place 20 years ago,” said Msgr. John McDermott, chaplain of the Catholic Center.

Campus Minister Kim Allbee has been working at the Catholic Center for 24 years and witnessed what the Catholic Center was like before and after its expansion. The expansion provided needed space for the community for prayer for bible studies. “We had some, but we did not have as much. Now that we have this space we can offer more and help to cultivate vocations to religious life the priesthood and married life,” she said.

Throughout the years, several alumni have been ordained to the priesthood, entered religious life or have taken jobs for the Church. Others met their spouses at the Catholic Center.

“All of these couples that met here are living out their faith and now have children and are raising their children in the faith,” she said.

While the expansion was in the pre-planning stage, there was one thought that kept recurring in her mind: “The thing that would always come back is ‘build it and they would come.’ Trust in the Lord if we are going to build this, we are going to see the Lord lead us through this.”

After the expansion, Allbee took note of how it impacted those walking through the Catholic Center’s doors. “As I look through that time, I just see all of the grace. I see how the Lord has poured out His grace on this ministry. It’s so amazing and so beautiful to watch students grow in their relationship with Jesus from when they walk in as a first year to when they leave as a senior to where they are called in their vocation and then how the Lord is still leading them.”

The Catholic Center serves a demographic that is not largely represented in churches throughout the Diocese of Burlington. “It really is an essential ministry to a critical age group. We know that looking at most of our churches we are missing a large swath of young people from their late teens into their thirties, so the university is an opportunity for us to engage young people,” Msgr. McDermott said.

The Catholic Center staff plans to continue freshening up the space to maintain their ministry for the next 20 years. “I think of those students that encountered Jesus for the first time and how it’s so important to be here so that our future students have that opportunity to encounter Him,” Allbee said.

The rededication will take place on Oct. 10, the same date as the original rededication. Mass will be celebrated at 10 a.m. by Burlington Bishop Christopher Coyne. Following Mass, there will be a reception.