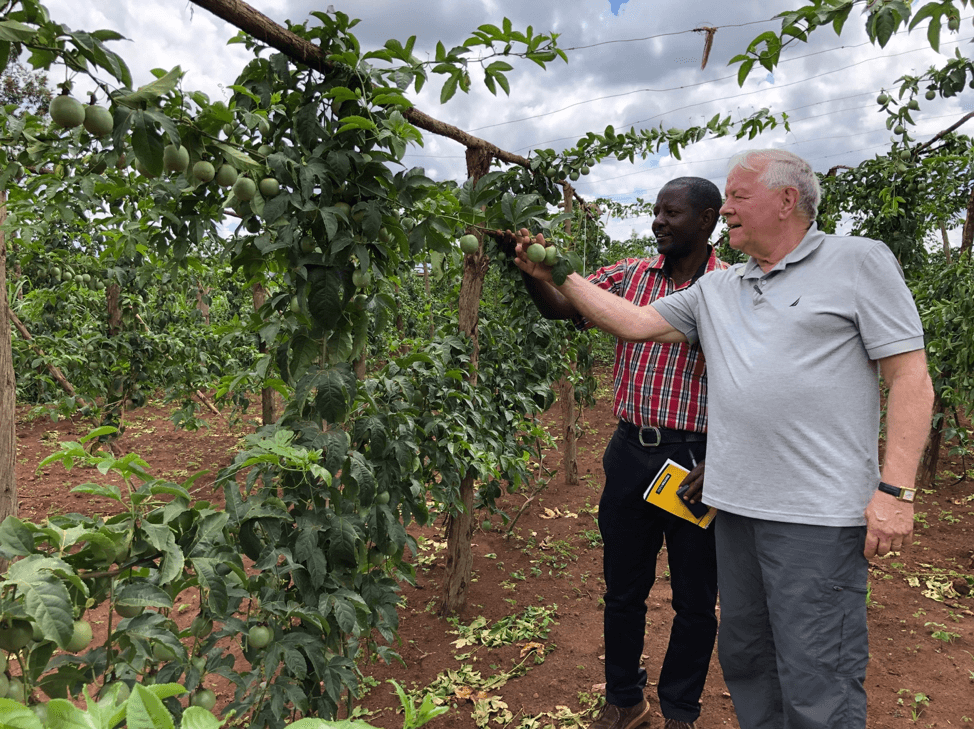 Roger Allbee, a retired Vermont secretary of agriculture and markets, had never been to Africa nor to a country that had gone through a horrific genocide.

He did a USAID mission to Kazakhstan in the former Soviet Union and  led farmer missions to China, but after serving as CEO of Grace Cottage Hospital, a critical-access hospital and healthcare facility in Townshend, for four years, Allbee agreed to undertake a volunteer mission with Catholic Relief Services in 2018 to Rwanda, an African country that had suffered “a horrific genocide that put one group against another, family members and neighbors and young children, and others just slaughtered without regard to the core values of religion and humanity,” he said. “One million Tutsis and politically moderate Hutus died over a period of 100 days [in 1994] as the world stood by, and in a country where religion is important.”

His volunteer service in Rwanda — in east-central Africa — for Catholic Relief Services was to work on cooperative development issues with the Rwandan Cooperative Agency; Rwanda had directed the cooperative agency to be the major entity to build the economy. His assignment was to work with the agency and local CRS staff to help develop a new strategic plan to better address ways to build the local and agricultural economy by developing member-owned cooperatives.

It was instructive to work alongside many of those who lost members of their families and friends in the genocide. He visited several of the Catholic sites where the slaughter took place and visited memorials and talked to those who explained what had happened.

“What I witnessed is the period of forgiveness and reconciliation that is taking place today.  Everyone today is Rwandan; a great effort to help people remember the past but to forgive those involved in the process; once per month everyone is required to participate in a community project; major efforts to which CRS is involved in to reduce poverty and to address health issues to include HIV,” said the Townshend resident, noting that more than 60 percent of the population lives on less than $1.25 per day.

A majority of the labor force is employed in agriculture, and most of the farmers are substance farmers.

Allbee’s work in Rwanda with CRS had a profound impact on his faith. “To witness what had taken place in my visit to the memorials and in discussions with several who lost friends and family members, but who were able to forgive and to move on in their personal lives demonstrated their strong faith,” he said. “Could any of us do the same?”

An estimated 57 percent of the population of Rwanda is Catholic.

Now Allbee is helping to recharge a Catholic Relief Services Vermont Chapter because he is impressed by its work and its mission to bring together “communities of Catholics and other people of goodwill with an interest in supporting the mission of CRS through measurable steps of advocacy and fundraising.”

Catholic Relief Services carries out the commitment of the bishops of the United States to assist the poor and vulnerable overseas, motivated by the Gospel of Jesus Christ to cherish, preserve and uphold the sacredness and dignity of all human life, foster charity and justice and embody Catholic social and moral teaching.

It focuses on promoting human development by responding to major emergencies, fighting disease and poverty and nurturing peaceful and just societies; and serves Catholics in the United States as they live their faith in solidarity with their brothers and sisters throughout the world.

As part of the universal mission of the Catholic Church, CRS works with local, national and international Catholic institutions and structures, as well as other organizations, to assist people on the basis of need, not creed, race or nationality.

Allbee was aware of Vermont having a CRS chapter in the past, but when a leader left, Maria Barboza, volunteer manager for Mission and Mobilization for Catholic Relief Services, Northeast Mid-Atlantic Office, asked if he would help. “I saw and witnessed the need and was so impressed with CRS and their staff in Rwanda and their position as one of the world’s leading humanitarian agencies that I volunteered to help,” he said.

Allbee is aware of the needs in the United States and in Vermont. “I know every day that I cherish how blessed we are to live where we do, and if we can help others in some way, it is part of our collective effort to address those problems through CRS that we see around the world,” he said.

For more information contact Maria Barboza at the CRS Northeast Mid-Atlantic Office at 518-854-7526 or visit CRS.org.