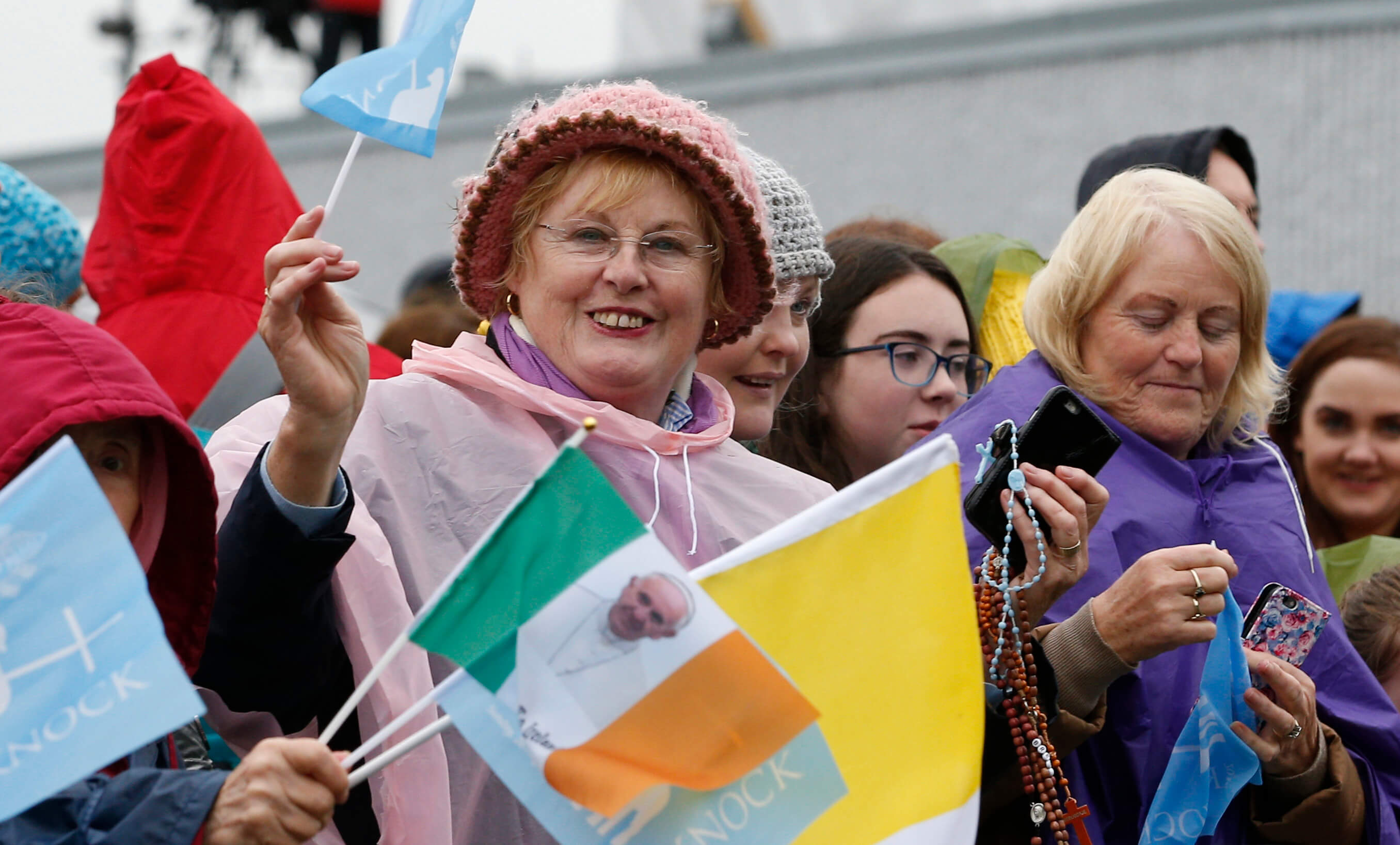 On a foggy, soggy day at a Marian shrine in County Mayo, Pope Francis said he prayed before a statue of Our Lady of Knock for all those who suffered sexual and physical abuse by Catholic clergy or in Catholic-run institutions in Ireland.

“None of us can fail to be moved by the stories of young people who suffered abuse, were robbed of their innocence or who were taken from their mothers and left scarred by painful memories,” the pope said Aug. 26.

The “open wound” of the memory and trauma of abuse “challenges us to be firm and decisive in the pursuit of truth and justice,” the pope told thousands of people filling the shrine church and seated outside. “I beg the Lord’s forgiveness for these sins and for the scandal and betrayal felt by so many others in God’s family.”

He prayed that Mary would “intercede for the healing of the survivors and to confirm every member of our Christian family in the resolve never again to permit these situations to occur.”

The pope made no mention, not even obliquely, to reports published the night before that he had known for years and did nothing about allegations that now-Archbishop Theodore E. McCarrick sexually harassed seminarians.

Despite repeated requests from journalists, the Vatican had not responded to the allegations made by Archbishop Carlo Maria Vigano, the former Vatican nuncio to the United States.

Instead, Pope Francis’ focus at the shrine was on Irish families and on devotion to Mary.

The pope left at the shrine a golden rosary and told the people his gift was a recognition of “how important the tradition of the family rosary has been in this country. Who can tell how many hearts, of fathers, mothers and children alike, have drawn comfort and strength over the years from meditating on Our Lady’s participation in the joyful, luminous, sorrowful and glorious mysteries of Christ’s life!”

“Amid the storms and winds that buffet our times,” he prayed that Irish families would be “a bulwark of faith and goodness, resisting, in the best traditions of this nation, all that would diminish our dignity as men and women created in God’s image and called to the sublime destiny of eternal life.”

The tiny town of Knock became a popular pilgrimage site after local people claimed to witness a vision of Mary — with St. Joseph and St. John — outside the parish church Aug. 21, 1879. Church authorities later ruled the apparition worthy of belief.