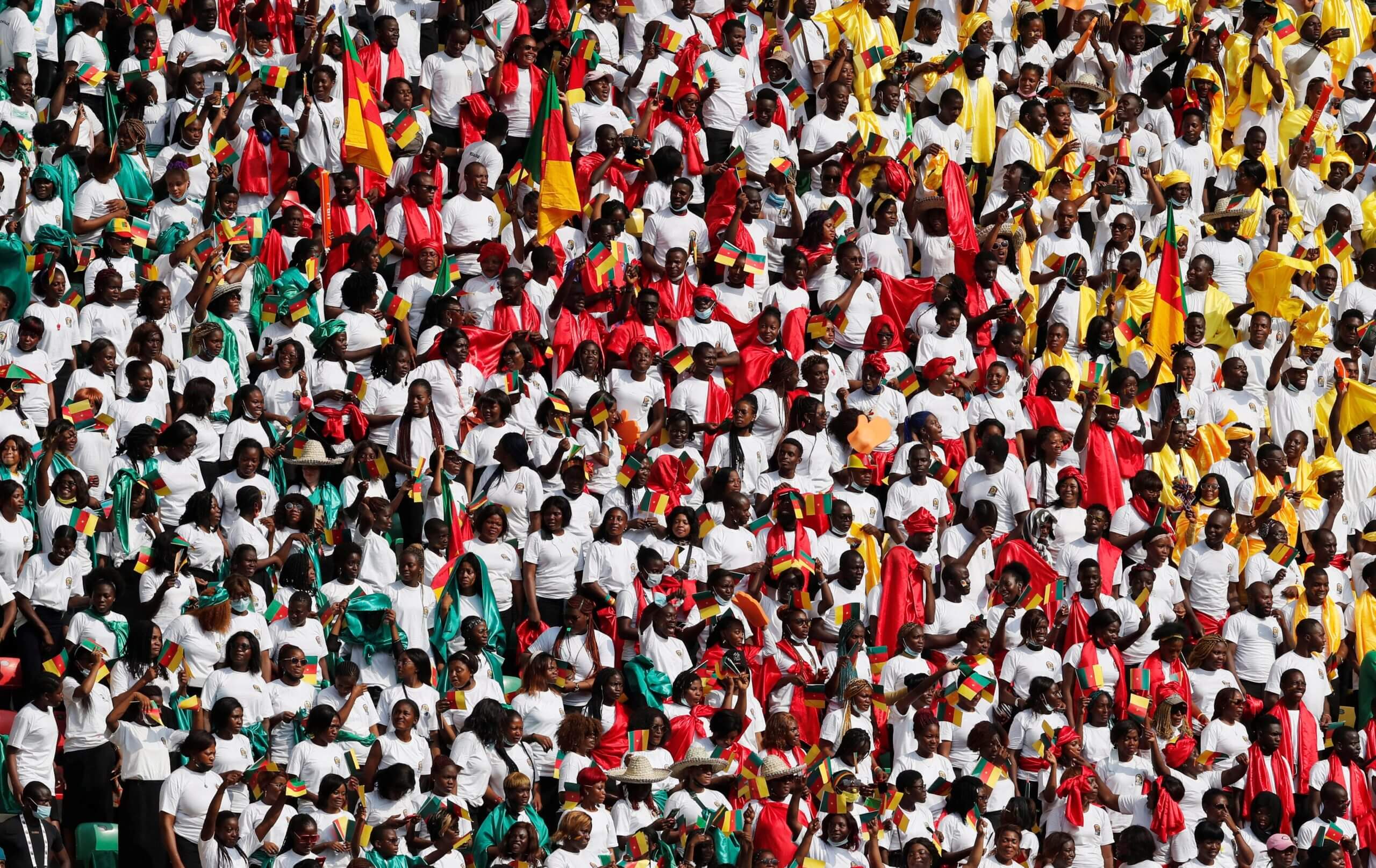 Photo Credit: CNS/Mohamed Abd El Ghany, Reuters - Fans gather inside Paul Biya Stadium in Yaoundé, Cameroon, Jan. 9 during the opening of the Africa Cup of Nations, or Afcon. Two Cameroonian bishops say they are hopeful the continent's premier soccer tournament could heal the wounds of a divided nation.

Two Cameroonian bishops say they are hopeful the Africa Cup of Nations, or Afcon, can help heal the wounds of a divided nation.

“Football always generally unifies people,” said the Archbishop Jean Mbarga of Yaoundé, on the sidelines of an interreligious service to pray for peace during the continent’s premier soccer tournament, which kicked off Jan. 9 and runs until Feb. 6.

“I hope that during this one month of what promises to be exciting football, Cameroonians can find more reason why they need to get together and begin to rebuild their country,” he told Catholic News Service.

“The football gathering is a very great moment of joy for all the people, without any distinction,” he said. “That means that our hearts are united, so I can prophesy that the advent of Afcon will help our country to renew the unity, the fraternity and the solidarity it has always sought and cherished.”

Bishop Michael Miabesue Bibi of Buea in the country’s troubled southwest said he hoped Cameroonians would be “hospitable and treat the visitors properly.”

“We are also praying that during this period, we should avoid any incidents that may not be proper, that may not reflect who we are and that everything should pass on and pass on very quietly, without any incident.”

Bishop Mbarga said Cameroon hosting Afcon signals “the advent of a new Cameroon that believes in peace, unity and fraternity. That is already a first victory. We also pray for the players, the competitors, so that it should be a real feast, where each player will demonstrate their talent and give us the joy of watching the art of football so much loved by Cameroonians.”

The feelings of optimism are being tainted by threats by separatists who have warned that they will disrupt matches played in Limbe, one of the major towns in Cameroon’s English-speaking regions. Cameroon has beefed up security in Limbe, with heavily armed soldiers roaming the streets it attempts to reassure the public as well as participating teams that their safety is guaranteed.

Cameroon has been at war with itself for more than five years, as separatists in the country’s English-speaking regions fight to create a new nation they call Ambazonia. The conflict began with teachers and lawyers’ strikes that morphed into political violence, with the country’s English speakers pushing for more autonomy.

According to the United Nations, the fighting has claimed at least 4,000 lives and forced more than a people million from their homes.