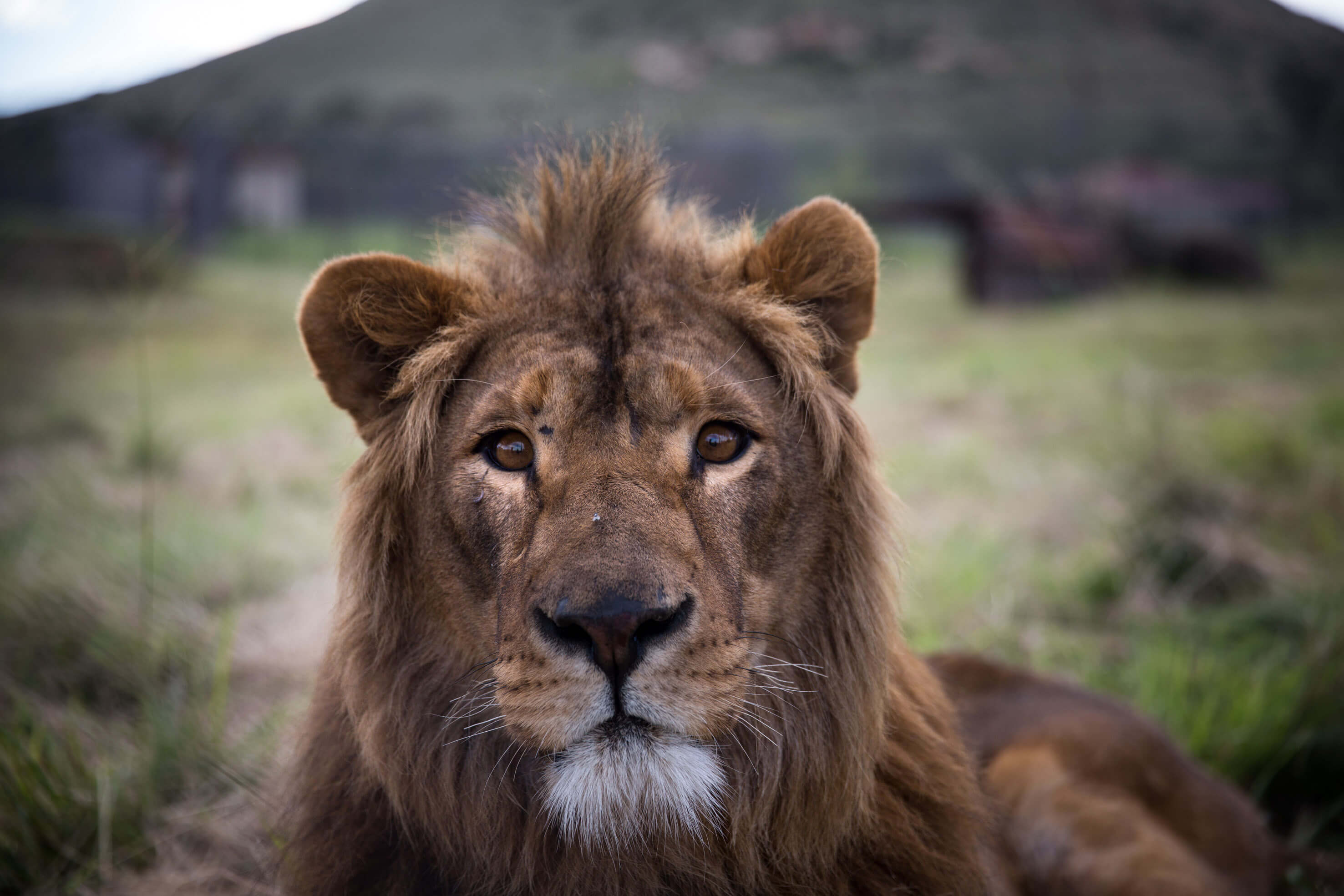 Photo Credit: CNS/handout via EPA - A rescued lion is seen in Bethlehem, South Africa. A Ghanaian bishop urged Catholic leaders from around Africa to use Pope Francis' environmental encyclical "Laudato Si'" as the basis of their work and to encourage others involved in ecological work to do the same. Caritas representatives from Latin America and the Caribbean met in Honduras in early February and discussed the role of the Catholic Church in preserving the environment.

Catholic representatives from Latin America and the Caribbean, defining work for the next four years, looked for ways to build on the foundations of Pope Francis’ encyclical “Laudato Si'” so it is taken into account by all nations.

The representatives of Caritas, the umbrella organization of the Church’s charitable agencies, also discussed how the church can recover and transfer the wisdom of indigenous peoples to other societies.

“Laudato Si'” was “the maturation of (Caritas’) experiences” in working toward integral human development, Heydi Campos, executive secretary of Caritas Bolivia, told Catholic News Service. Campos was one of the participants at the 19th congress of Caritas in Latin America and the Caribbean in early February. The leaders met in Valle de Angeles, Honduras.

Participants exchanged ideas on how to achieve Pope Francis’ vision of the common good and integral ecology and included discussions on gender equality, forced migration, corruption, violence and new economies. Participants also expressed solidarity with the peoples of Venezuela and Nicaragua, whose countries are embedded in a political, social and economic crisis.

They spent time discussing the role of the church in denouncing unsustainable extractive and mining practices and the importance of learning from indigenous peoples.

“For the bishops of Latin America and the Caribbean, this is a serious offense against the Creator, a cause of human death and environmental and ecological destruction,” Archbishop Cabrejos said in his presentation. “Especially when the energy operations of oil extraction and mining are developed irresponsibly.”

“Forests are being damaged, which is the wealth of all Venezuelans, only to take out a mineral,” Archbishop Azuaje told CNS. In its pastoral work and its practice, “the Church has been denouncing most of all the issue of extraction in those places that create life, such as sources of water.”

Campos told CNS Caritas Bolivia and local bishops are working to implement a comprehensive waste management plan, which is a recurring problem in the country.

“We are thinking about how to settle with authorities to reflect on the problem of garbage,” she said. It is an issue that disproportionately impacts Amazonian peoples.

With an eye towards October Synod of Bishops on the Amazon at the Vatican, congress participants also discussed how the church can recover and transfer the wisdom of indigenous peoples to other societies.

“An important task of the church in these territories of the so-called New World, then, is to establish bridges that allow a dialogue between the ancestral wisdom of the original peoples and the contemporary societies of current countries,” Archbishop Cabrejos said, so that Amazonian cultures “may be preserved in the face of new colonialisms.”

The Church reiterated its respect for indigenous cultures. Indigenous peoples “have a more privileged sense with nature than we do, surrounded by bricks and concrete,” Archbishop Azuaje told CNS. “We can learn from them in the religious realm and their relationship with the creator.” The learning curve includes not only culture and spirituality, but also creative responses to modern-day challenges.

“In this era of great infrastructure projects, we can learn from the ancestors, from the original peoples, who knew how to do great works that modified their countries with minimal negative impact,” Archbishop Cabrejos said.

The Congress also allowed for participants to have a moment of contemplative prayer in the forest. For Campos and Archbishop Azuaje, this experience was one of the most memorable moments.

“Not only do I seek God in the temple and in people, but I can also contemplate him through the very work of creation,” Campos told CNS.