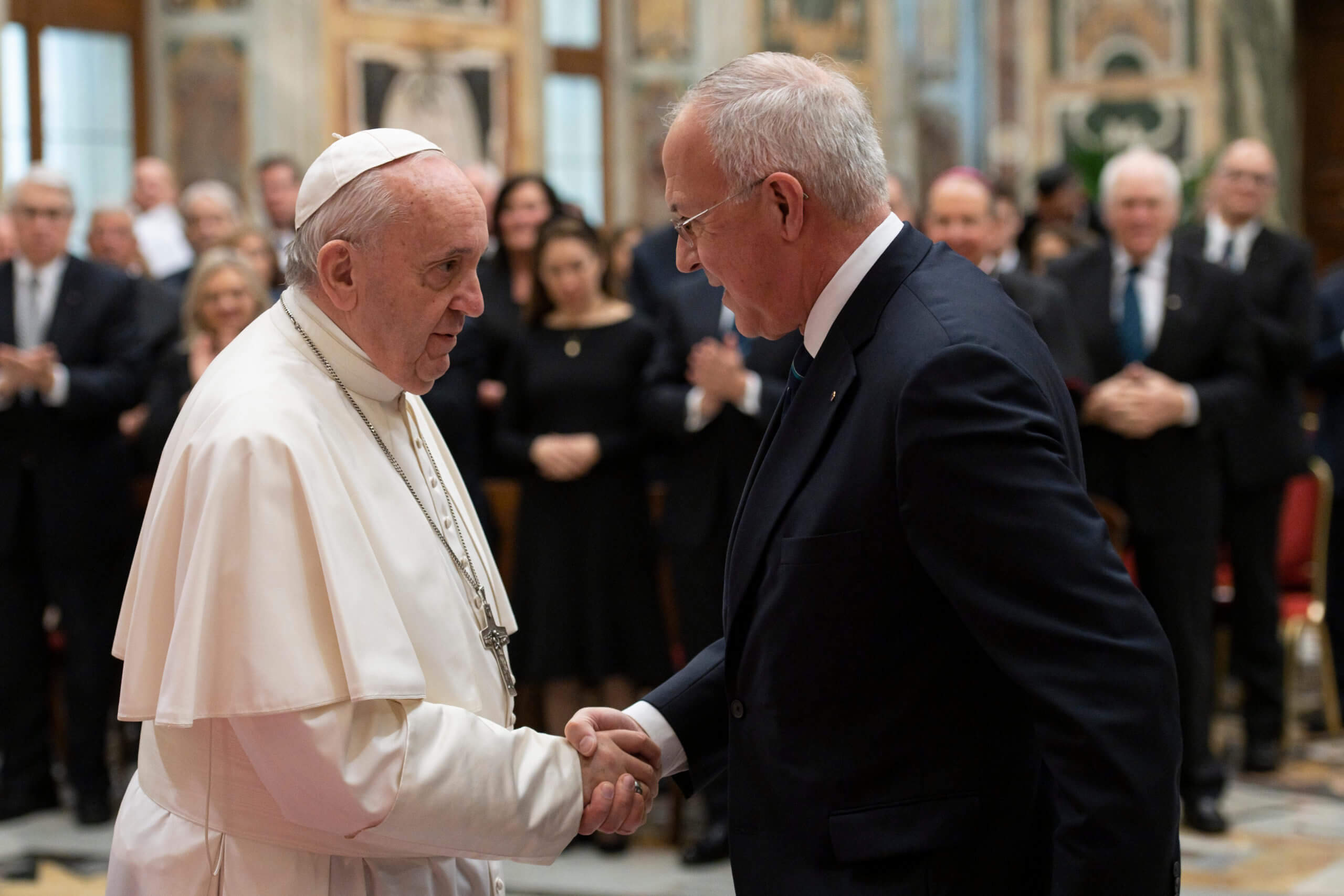 Photo Credit: CNS/Vatican Media - Pope Francis greets Supreme Knight Carl Anderson of the Knights of Columbus during an audience with a delegation from the Knights at the Vatican Feb. 10. Members of the Knight's board of directors were in Rome to celebrate the 100th anniversary of the organization's active presence in Rome.

Pope Francis praised the Knights of Columbus for their charitable efforts and thanked them especially for helping Christians in the Middle East.

“I thank all the members of your order for seeing in our persecuted and displaced brothers and sisters of that region neighbors, for whom you are a sign of God’s infinite love,” he said in an address Feb. 10 to members of this fraternal service organization.

A delegation led by Supreme Knight Carl Anderson and including the organization’s board of directors was in Rome to celebrate the 100th anniversary of their active presence in Rome.

The Knights of Columbus was founded in the United States almost 140 years ago, and Pope Benedict XV asked if it could also work with and assist young people in Rome following World War I.

By opening educational and aid centers in the city, “your order proved faithful to the vision of your founder, Venerable (Father) Michael McGivney, who was inspired by the principles of Christian charity and fraternity to assist those most in need,” Pope Francis said.

The pope recognized the Knights’ ongoing work of “evangelical charity and fraternity in a variety of fields,” particularly “your faithful witness to the sacredness and dignity of human life, evident at both the local and national levels.”

That commitment to protect life has also led the Knights to provide both material and spiritual aid to “Christian communities in the Middle East that are suffering the effects of violence, war and poverty.”

The pope also recognized the order’s “unswerving devotion to the successor of Peter.”

“In our world, marked by divisions and inequalities, the generous commitment of your order to serve all in need offers, especially to young people, an important inspiration to overcome a globalization of indifference and build together a more just and inclusive society,” he said.