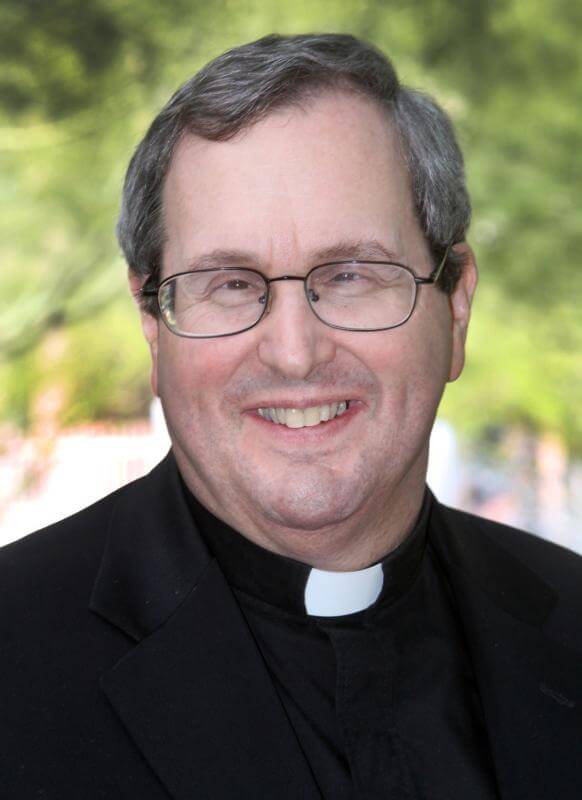 “For example, I approach the Resurrection through evidence, but I respond to every Scripture passage, too,” he said in an interview with Catholic News Service.

Each module is available in animated PowerPoint or document format in three levels of complexity, from highly detailed to a “Cliff Notes” version, with a separate teaching.

Interactive resources on the website include a robust search engine for navigation to key words or phrases, and a “contact us” click-through to enable direct contact with Credible Catholic staff. The modules, downloadable files and all supporting resources, including Magis Center staff support, are free.

Based on Father Spitzer’s books and other work in apologetics, modules include contributions from astrophysicists, historians, theologians, physicists, and other experts. Each module aligns with specific sections of The Catechism of the Catholic Church, so it can easily be used to supplement sacrament preparation or for individual study.

Father Spitzer’s foray into a multidisciplinary catechetical website sprung from his growing concern that religious affiliation is declining, due in large part, he believes, to the influence, particularly on youth, of “secular myths that misstate and/or misrepresent the facts.”

Older Catholics can find these arguments challenging, but particularly vulnerable, Father Spitzer said, are many young people whose faith is tremendously shaken or dissipates when confronted with the stresses of academic and peer pressures.

The Credible Catholic’s “7 Essential Modules,” the first modules developed by Father Spitzer, give students and catechists tools to meet the challenges of skeptics. They cover core Christian beliefs and offer science-based evidence to support them.

“Kids demand proof,” said the priest. “The more validated it is, the more they like it. ‘7 Essential Modules’ is the inoculation that we give to students so they can go through their college years without getting their faith knocked out from under them.”

A discussion of terminal lucidity, for example, is included in the module regarding proof of the soul. In another, research in Near Death Experiences, or NDEs, help illuminate the reality of life after death. And an explanation of the physical properties of light and heat transference is used to explain how the image on the Shroud of Turin could not have been humanly possible at the time it was made.

Anne Steinemann, professor of civil and environmental engineering at the University of Melbourne, Australia, an early supporter of Credible Catholic, has seen the positive impact Credible Catholic has on students.

“Science can explain ‘what,'” Steinemann told CNS, “but it cannot answer the question, ‘Why?’ Credible Catholic is effective, easy and exciting. It answers, head on, the typical objections to the Catholic faith.”

“Students,” said Steinemann, “can view the presentations on their own time, on their own device, in their own way. In the age of information overload, and trying to get students’ attention, this does.”

Michael O’Hara, executive director for Credible Catholic, works with teachers, clergy and staff of dioceses and parishes to understand how the unique material can work with existing ministries, departments or catechetical classes.

“Most parishes are ‘programmed out,’ but this isn’t a program,” said O’Hara. “A school in Texas might use Module 2 in their science class. Another parish did the modules for homework, a summer study or journaled on it.”

“The problem for the parent,” said O’Hara, “is that their kids are growing up in a world unlike anything that they grew up in. They don’t have a counter to the arguments. The modules help the parent cope, and help them feel confident to counter the arguments.”

In November 2017, Father Spitzer and his team from Magis Center debuted “7 Essential Modules” at an event attended by U.S. Cardinal William J. Levada, retired head of the Vatican’s doctrinal congregation, and 34 other U.S. Catholic bishops.

In June of this year, the priest presented the modules to 75 archbishops and bishops during the spring assembly of the U.S. Conference of Catholic Bishops in Florida. He now has 80 dioceses lined to use the modules in their religious education or sacrament preparation programs, or as independent study add-ons.