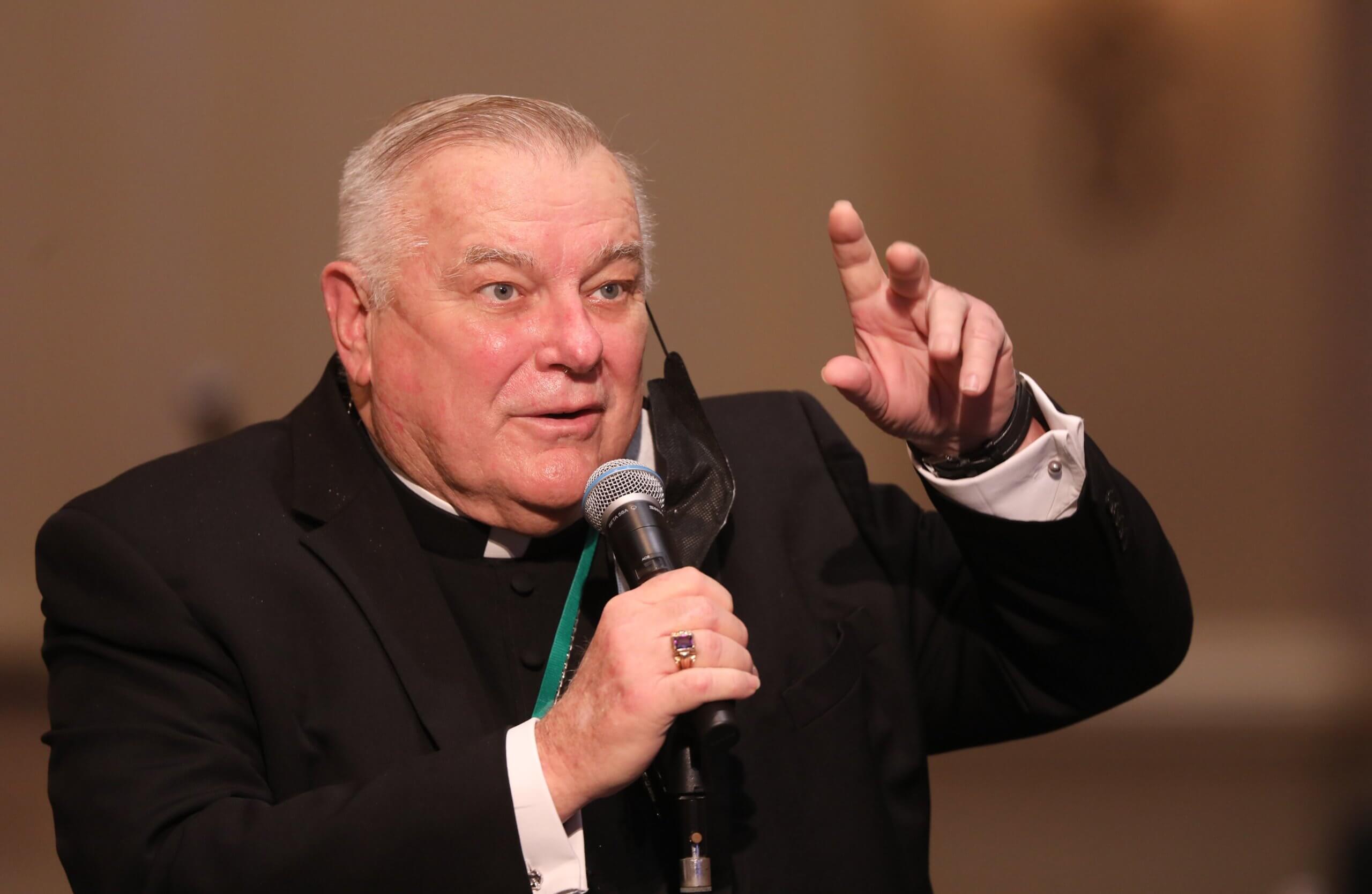 Photo Credit: CNS/Bob Roller - Miami Archbishop Thomas Wenski speaks from the floor during a Nov. 17, 2021, session of the fall general assembly of the U.S. Conference of Catholic Bishops in Baltimore.

‘Journeying together’ is at heart of Church’s synods, synodal preparations

In October 2023, Pope Francis will convene the XVI Ordinary General Assembly of the Synod of Bishops with the theme, “For a Synodal Church: Communion, Participation and Mission.”

Since the close of the Second Vatican Council, popes have convened such synods, made up of representative bishops gathered from across the world, to advise them on important matters to the life of the Church. The one that will open in Rome in October 2023 will be the 16th such gathering of bishops and other delegations composed of priests, religious and laity, to collaborate with the pope in the exercise of his universal magisterium. Usually, after the close of the synod, the pope will sift through the suggestions, insights and recommendations of the Synod Fathers and issue in his own name an apostolic exhortation that seeks to set forth a plan of action for the entire Church.

In one sense, a synod is an exercise in strategic planning, with the apostolic exhortation being the plan. For example, in 1974, St. Paul VI’s “Evangelii Nuntiandi” (on evangelization in the modern world), gave impetus to the realization that the Church is essentially an evangelical movement: It exists to evangelize. Again in 1990, St. John Paul II’s “Pastores Dabo Vobis” (on the formation of priests in circumstance of the present day) helped renew seminarian formation after the confusions of the post-Vatican II era — the fruits of which we are now seeing in the quality of priests ordained in recent years. Perhaps better known to many today is “Evangelii Gaudium” (on the new evangelization for the transmission of the Christian faith), in which the newly elected Pope Francis published in 2013 the direction in which he wished to take his pontificate.

Besides these general synods, the pope can convoke a particular synod of a special region. St. John Paul II held several continental synods; and most recently, Pope Francis held a Pan-Amazonian regional synod. Many dioceses also hold synods — here in the Archdiocese of Miami we had two in our 60-plus-year history. One convoked by Archbishop McCarthy in the late 1980s; the other by myself shortly after arriving back to Miami as your archbishop. Eastern churches and several Protestant bodies also hold synods.

The word itself comes from the Greek and it means basically “journeying together.” “Synodality” refers to the very essence of the Church, her constitutive reality and thus is always oriented to evangelization. But, as Pope Francis himself admits, “Journeying together — laity, pastors, the bishop of Rome — is an easy concept to put into words, but not so easy to put in practice.”

Usually, themes for general synods are solicited from the bishops of the world and once chosen by the pope his collaborators prepare a “lineamenta” (a preliminary outline) to elicit feedback from concerned parties, from which an “instrumentum laboris” — a working document — will serve as a basis for the discussions at the synod.

However, Pope Francis has decided on a novel — and potentially very creative — bottom-up approach. He wants every local church (Diocese) to participate, followed by consultations at the level of national conferences of bishops and continental assemblies. This ambitious undertaking will take two years to complete — with the diocesan phase beginning in October 2021.

The General Secretariat for the Synod of Bishops has sent a preparatory document, accompanied by a questionnaire and a “vademecum” with proposals for consultations in each local church. The Holy Father opened the synod in the Vatican Oct. 9-10. Bishops were asked to open their own diocesan “phase” in their cathedrals on Oct. 17. By the end of April 2022, everyone who wished to will have been given the opportunity to be “listened” to in some fashion so that the pope can benefit from the “sensus fidei in credendo” (the sense of faith in believing).

So, as we embark on this “journeying together,” let us pray: “Come, Holy Spirit, fill the hearts of your faithful … and you shall renew the face of the Earth.”

— Archbishop Thomas Wenski has headed the Archdiocese of Miami since June 2010.