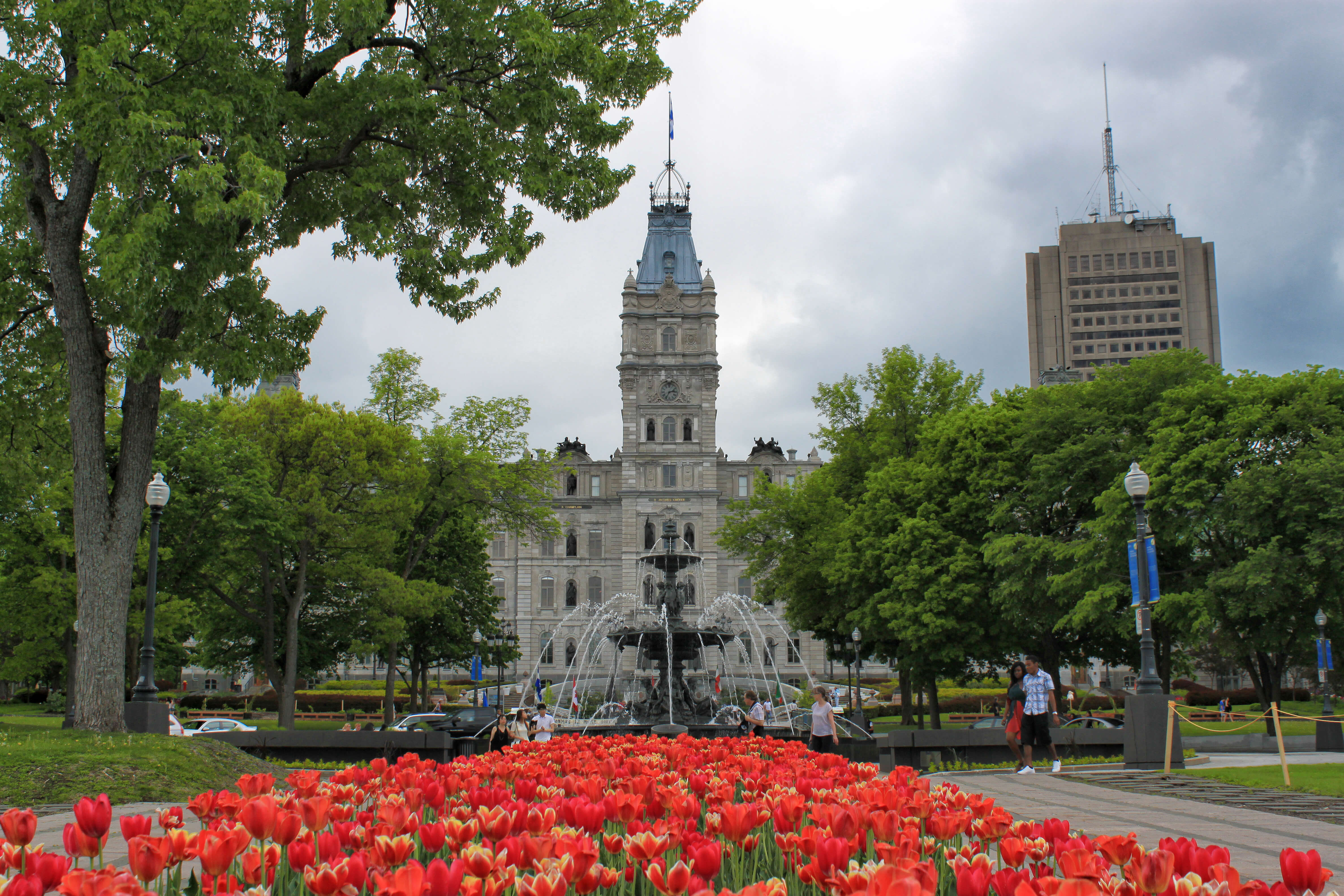 Photo Credit: CNS/Philippe Vaillancourt, Presence - This is the Parliament building in Quebec City. The archbishop of Montreal worries that Quebec's soon-to-be-adopted secularism bill will affect religious liberties in Quebec province.

The archbishop of Montreal worries that Quebec’s secularism legislation will affect religious liberties in this Canadian province.

A few hours before the last day of public hearings on Bill 21 May 16, Archbishop Christian Lepine of Montreal said he feared the new legislation “will be at the expense of individual freedoms.”

Bill 21 is expected to be adopted at the Quebec’s National Assembly before the end of the parliamentary session in June. The Quebec government hopes the bill will end the debate about how religion should be handled in the public sphere by preventing many public servants, like judges, police officers, and public-school teachers, from wearing any religious symbol.

Archbishop Lepine said true state neutrality should rather “demonstrate openness and acceptance toward all its citizens, both those professing no particular beliefs as well as those professing various beliefs and religious practices.”

“How can one not see that the prohibition against wearing religious symbols is both an obstacle to upholding freedom of conscience and religion, as well as an attack on human dignity, since citizens would be required to conceal their religious identity in the name of a presumed neutrality?” he asked.

“A state that claims to be neutral in this subjective fashion cannot really claim to respect the dignity of its citizens, because society and its diverse members are not neutral,” said Archbishop Lepine.

He particularly regretted that the teaching staff in public schools will not be allowed to wear any religious symbol while at work. This provision is largely considered to be aimed at Muslim women wearing hijabs.

“If teachers cannot wear religious signs at their discretion, the message given to children and youth is that religion has no place in the public sphere, thus relegating those adhering to their religious practice or tradition as second-class citizens,” added Archbishop Lepine, who noted that wearing such symbols is a fundamental right recognized by Article 18 of the Universal Declaration of Human Rights. “We expect the Quebec government to respect this commitment and to guarantee this fundamental and unalterable right.”

“Relativizing the individual freedoms of citizens in the name of establishing the separation of religion and state and of upholding religious neutrality is a dangerous drift toward a closed form of secularism that tends towards the gradual elimination of individual and collective public expressions of belonging to a religious or faith community,” warned Archbishop Lepine.

No bishop, Catholic or Anglican, was invited to participate in the hearings on Bill 21. From May 7-16, 38 groups and individuals were invited to express their reactions and thoughts on the legislation.

On the same day as Archbishop Lepine’s reaction, leaders from 40 religious congregations of men and women wrote to Simon Jolin-Barrette, minister of immigration, diversity and inclusion, to oppose many provisions of Bill 21.

They say they “adhere to the basic principles of the project,” namely state neutrality, gender equality, an independent justice, and the establishment of clear rules to guide religious accommodation in the province.

However, they said they “have serious reservations” about the prohibition to wear religious symbols and clothes showing religious affiliation for those working in education services.

“We are even afraid that these restrictions will hinder a harmonious togetherness in the Quebec society,” wrote Capuchin Franciscan Brother Louis Cinq-Mars, provincial minister of the Order of Friars Minor Capuchin, on behalf of the other superiors.

“To manifest one’s identity or religious affiliation is possible without affecting the freedom of others,” they argued.

—Contributing to this story was Philippe Vaillancourt in Quebec City.