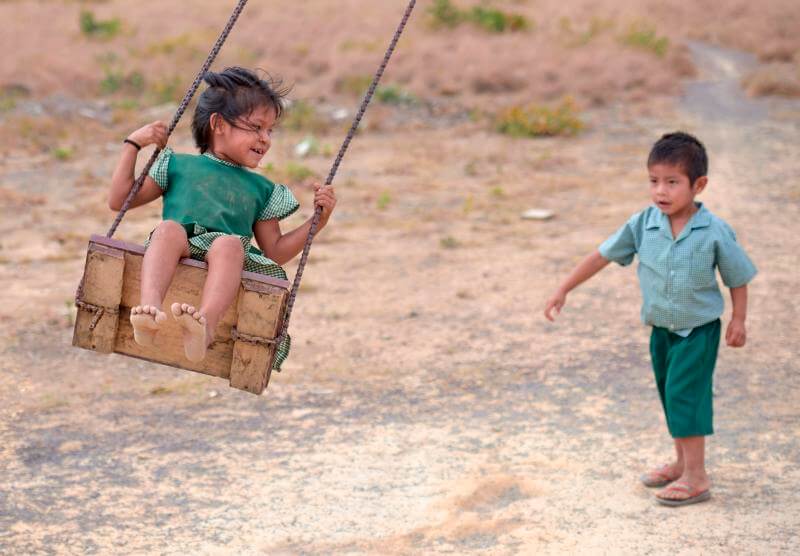 Joseph Abraham, the son of two of the first teachers to work in Guyana’s remote Amerindian villages, never went to secondary school. Yet he became a teacher and principal of the school in Hiowa.

“My parents were too poor — they couldn’t send me,” he told Catholic News Service.

As a teacher and principal, he encouraged the village’s youngsters to respect and care for the natural world. He remembers admonishing a group of boys who were harassing the large anteaters that occasionally ambled past the school.

Once, though, when he was chastising a boy who reportedly had killed an anteater, he was caught off guard when the child replied: “I didn’t kill it for the crows to eat. Today my pot is full.”

Retired now, Abraham continues to foster respect for the environment and appreciation for the southern Guyana region known as Rupununi. He uses two of his favorite teaching tools: music and poetry.

He greeted visitors with an original song about Rupununi, “a place that has been blessed by God’s own hand,” and three 10- and 11-year-old girls recited dramatic readings extolling the beauty of the Kanuku Mountains and exhorting farmers not to fight weeds with fire.

“Before you throw a lighted match,” they urged their listeners, in unison, “think how many creatures you’ll kill.”

“Since I can remember, people have burned the savanna,” he said, recalling one wildfire that stopped just a few yards from his home.

Eighth in a 13-part series